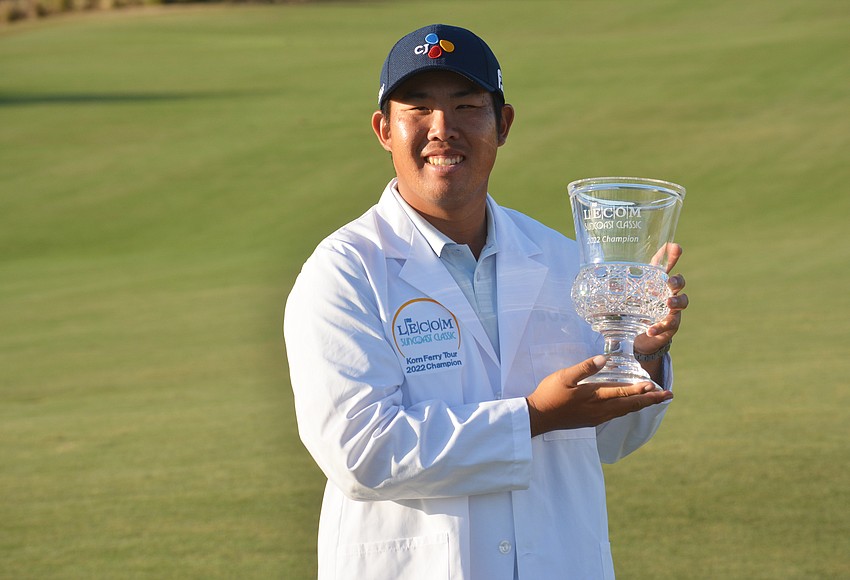 Could the same be said of every year? Maybe, but that’s a product of how talent- and event-rich the area has become over the last several years. Between top-tier high school sports, big-time golf tournaments and national water sports events at Nathan Benderson Park, it is easy to take all the area has to offer for granted.

We shouldn’t. It’s a great sports community with diverse offerings, and there is plenty to mark on your calendars.

The 2023 USRowing Masters National Championships will return to Nathan Benderson Park Aug. 10-13. If you attended the 2022 event, which saw more than 775 rowers from 96 clubs across the country compete, you know this is not an event to be missed.

At last year’s event, I told the stories of people like Elliott Vasquez, a paraplegic who lost his motor skills and sensation below the T5/T6 region of his spine but persevered to become a rower and won a gold medal in the PR1 Men’s Masters 1x Final (8:11.99). I hope I get to tell more stories like that from the 2023 event, because if that isn’t inspiring, I don’t know what is.

The 2023 USRowing Youth Nationals will also be held at the park, for the sixth-straight year. The exact dates aren’t set, but it will be held during the summer.

The new year will bring another edition of the LECOM Suncoast Classic — the fifth one — and as always, it is one of the events I am most looking forward to watching. It has shifted on the schedule to April instead of February. Somehow every year brings a more dramatic ending than the last.

The 2022 event saw Michael Gellerman miss two consecutive putts to hand the title to Byeong Hun An. Whatever the 2023 event has in store, it is always a blast, and I’m thankful to the event organizers and the Korn Ferry Tour for presenting it here.

I’m also looking forward to covering more events at the new UMR Sports facility. UMR has pristine beach volleyball courts and pickleball courts, and is scheduled to open its baseball/softball training facility in 2023. UMR also hosts other more relaxed events, like the New Year’s Eve party it held Dec. 31 that featured corn hole and spike ball among its offerings. If you have not seen the facilities, I suggest you check its website and find an event that interests you.

Though there is not a specific date yet, I always look forward to the Braden River High-Lakewood Ranch High football game. Not only are the emotions between the two programs (and the two fanbases) always on edge, but I think 2023 could be the year the tide turns in the series.

The Pirates have not lost to Lakewood Ranch since 2013, but with Braden River coming off a down year and the Mustangs returning Clayton Dees at quarterback in what will be his senior season (and second at the varsity level), I think the game at least has the potential to be much more competitive than in the past.

Each year, it seems we have athletes emerge at state track and field contenders. Two successful runners, ODA’s Tristan McWilliam and Lakewood Ranch High’s Grace Marston, graduated in 2022, and they were the East County area’s only medalists last spring. If someone steps up, perhaps it will be in a more niche event like pole vaulting, where ODA’s Tyler Beck finished sixth in the state (13 feet, 3.5 inches) in Class 1A last year. Otherwise, will the area have a state champion-level long jumper this year? A discus master?  A javelin title contender? We’ll find out come May.

After winning two state titles in a row, the Lakewood Ranch High softball team is going to attempt to win its third straight this spring, and under a new coach. T.J. Goelz stepped down following the 2022 season and has been replaced by Todd Lee, the Mustangs’ former junior varsity coach. Lee will retain key assistant coaches Paulo Reis and Craig Toler, and the Mustangs will still have heaps of talent, including reigning Class 7A Player of the Year Ella Dodge, a junior pitcher, and do-everything senior outfielder Cassidy McLellan.

I’m certain the Mustangs will have another strong regular season, but the real intrigue will begin in the postseason. Can Lakewood Ranch go three-for-three? I don’t know, but I’m not betting against this squad.

I’m also looking forward to getting to know more of you. I received more suggestions for story ideas and athletes of the week in 2022 than in any other year since I joined the beat in 2016. Not only are the suggestions themselves helpful, but it’s nice to be reminded that people still read sports news and features. I shouldn’t be surprised because the people in East County have always been knowledgable and helpful. It’s a trend I hope continues into the new year.

For all of these reasons and more, 2023 should be another terrific time on the East County sports beat.

4 Amazing Places Around The World To Enjoy Water Sports