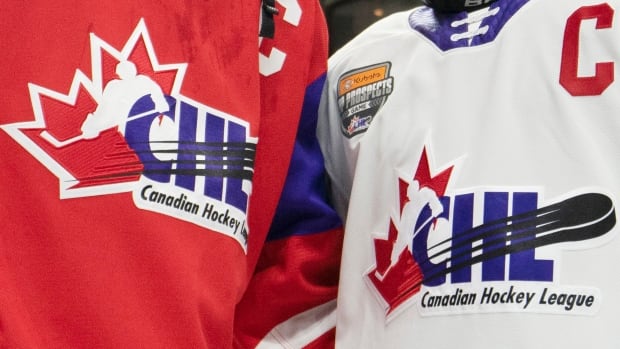 This is an excerpt from The Buzzer, which is CBC Sports’ daily email newsletter. Stay up to speed on what’s happening in sports by subscribing here.

Here’s what you need to know right now from the world of sports:

Junior hockey is on thin ice

Hard as the pandemic hit the NHL, it’s been even rougher on junior hockey. At least the pros were able to return from their shutdown to complete a full Stanley Cup playoff tournament. Most of Canada’s top juniors still haven’t hit the ice since the CHL and the three regional leagues under its umbrella decided on March 12 to pause their seasons and later cancelled their playoffs and the Memorial Cup championship tournament.

Seven months later, the Ontario Hockey League and the Western Hockey League still haven’t returned. The Quebec Major Junior Hockey League has, but it’s not going so great. And there are questions about junior hockey’s premier event, the world junior championship, which is now less than two months away.

Here’s a look at where things stand with the three CHL leagues and the world juniors:

The 2020-21 season opened on Oct. 2 but quickly hit the rocks. A total of 26 members of the Blainville-Boisbriand Armada and the Sherbrooke Phoenix tested positive for the coronavirus after playing each other twice that weekend, forcing both teams to halt operations. And with six teams located in areas the provincial government declared “red zones,” where sports are prohibited, the QMJHL decided on Oct. 12 to suspend play in both its Quebec-based divisions until at least this week. Then, last week, the Drummondville Voltigeurs shut down after seven people on the team tested positive.

The QMJHL also has a six-team Maritimes Division that has kept playing (with fans in the building), though the Moncton Wildcats spent two weeks on hold because of government restrictions in their area (they’ve since returned to action). Quebec teams are back on the official schedule starting Friday night, though it’s unclear whether those games will actually happen. The 12 Quebec teams are each receiving $1 million from the provincial government to help them get through this season.

The latest plan is to start the season on Jan. 8 and have each team play up to 50 games (down from the usual 68), all within their existing division. The East consists of seven teams based in either Manitoba or Saskatchewan, the five-team Central is based all in Alberta, the five-team West is all in B.C., and the five U.S. Division clubs are in the states of Washington and Oregon.

That’s a lot of ground, run by a lot of different governments. And the WHL’s plan depends on getting the approval of officials in all those areas. Same for the league’s desire to have arenas at half capacity, though the season will be played whether fans are allowed or not.

The 20-team league would like to get started in December, but it hasn’t even released a specific target date nor developed a schedule framework like the WHL has. One issue is that coronavirus cases have spiked in certain parts of Ontario. Another is that the OHL seems to be dealing with a less-flexible government. The Ontario minister who oversees sports, Lisa MacLeod, said bodychecking would have to be prohibited for the league to return.

Like the WHL, the OHL also has to deal with the headaches of having teams on the other side of the (still-closed) U.S. border. Unlike in the WHL, those teams don’t have their own division. The two Michigan-based teams play in the West, and the Erie (Pennsylvania) Otters are in the Midwest. An all-American division could be created, but with only three teams?

With apologies to the Memorial Cup, this is the most popular event in junior hockey. And, despite all the stuff we just went over, it’s still scheduled to go ahead in its traditional Christmastime slot.

Originally, the tournament was going to take place in Edmonton and Red Deer, Alta. But organizers decided to copy the NHL’s bubble blueprint (location and all) by moving the whole thing to Edmonton. Games will be played in the Oilers’ arena (likely without fans) and players from all over the world will be sequestered in a restricted area around it. That’s a lot of moving parts, but organizers feel they can pull it off.

The tournament opens on Christmas Day (a day earlier than usual) and runs through Jan. 5. Remember, the WHL won’t start until at least Jan. 8 and the OHL season is still very much up in the air. So most of Canada’s players could be seeing their first meaningful action of the season when the defending champs play their first preliminary-round game on Boxing Day vs. Germany. On the bright side, with the NHL season likely on hold until the new year, there’s a chance Canada’s roster could include No. 1 overall draft pick Alexis Lafrenière, who was the MVP of last year’s tournament, and No. 3 choice Quinton Byfield.

Read more about the Canadian junior hockey leagues’ plans (and hopes) for the season in this piece by Jim Morris.

The fastest man in the world is banned from the Tokyo Olympics. Reigning 100-metre world champion and Olympic gold-medal favourite Christian Coleman of the United States was hit with a two-year suspension today for violating doping-test rules. In 2019, the year he won the world title, Coleman missed three tests within a span of 12 months by failing to be where he said he’d be when testers showed up. That’s grounds for a two-year ban under track and field rules. Coleman was nearly suspended before the 2019 worlds for the same reason. But he got off on a technicality when his first infraction was backdated, and went on to defeat defending 100m champ Justin Gatlin and Canadian Andre De Grasse, who took bronze. Coleman can appeal today’s ban to the Court of Arbitration for Sport. But, assuming the decision is upheld, and considering Gatlin turns 39 in February, De Grasse could become the favourite to win 100m gold in Tokyo next summer. Read more about Coleman’s ban here.

The Dodgers can end their championship drought tonight. Thirty-two years is a long time between titles. Especially when you’re one of your sport’s marquee franchises, with one of the highest payrolls every year, and you’ve won your division eight years in a row. But the Dodgers are one victory away from their seventh World Series title and can win it tonight in Game 6 vs. Tampa Bay. The pitching matchup favours the Rays, though. They’re going with 2018 Cy Young winner Blake Snell vs. L.A. rookie Tony Gonsolin. The latter has a 9.39 ERA in the post-season and worked only four outs in Game 2 before giving way to a string of relievers. Gonsolin could play a similar “opener” role tonight, especially if he gets in trouble early.

Edmonton sports fans are mourning the loss of a one-of-a-kind character. A beloved local figure who gained a measure of national fame for his association with the ’80s Oilers dynasty, Joey Moss worked as a dressing-room attendant for Edmonton’s NHL and CFL teams for decades. Moss, who was born with Down syndrome, struck up a lifelong friendship with Wayne Gretzky when the hockey superstar was dating his sister. Gretzky introduced him to the Oilers during the 1984-85 season and Moss endeared himself to the team and its fans with his upbeat attitude, sense of humour and work ethic. Gretzky said in a statement yesterday that Moss was “the spirit of our team” and former Oilers captain Andrew Ference called Moss “a legend of all legends within the city.” Moss was 57. Read more about him and what he meant to Edmonton sports here.

You’re up to speed. Get The Buzzer in your inbox every weekday by subscribing below.