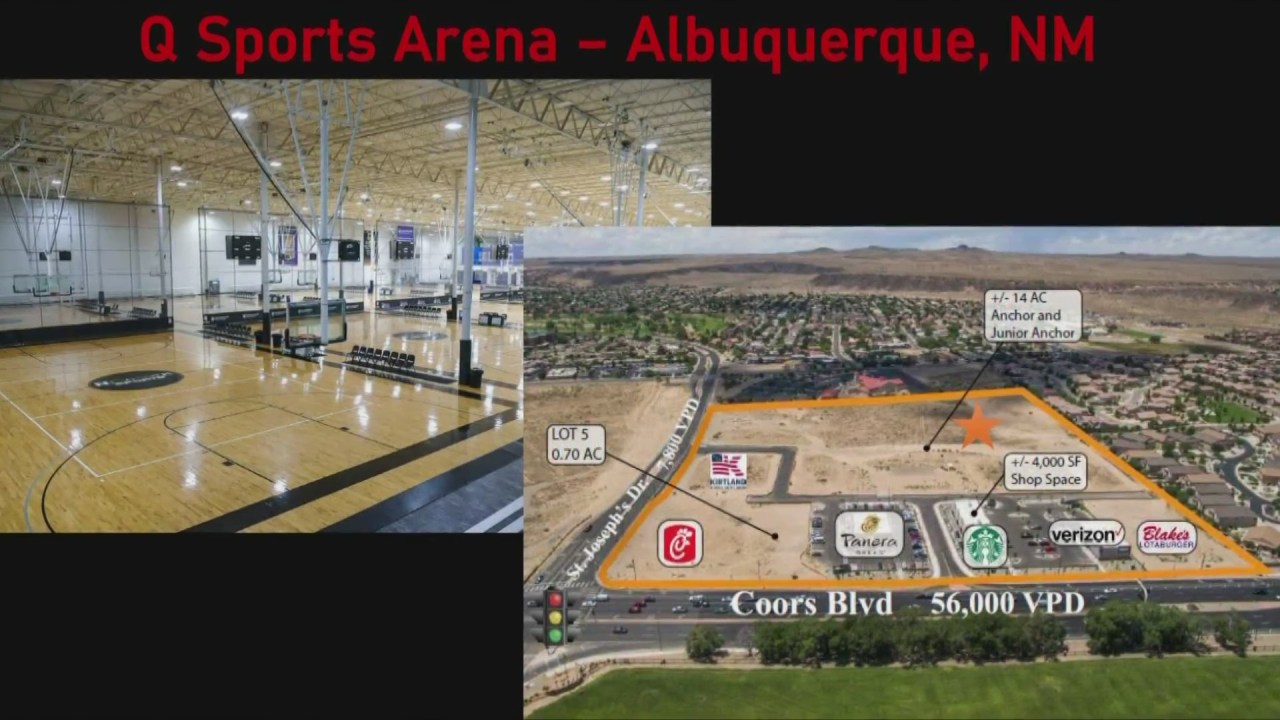 ALBUQUERQUE, N.M. (KRQE) -Josh Skarsgard has always appreciated the game of basketball, from his days as a member of the Albuquerque Academy Chargers to college ball at UC Santa Barbara. What Skarsgard always noticed in his home state was a lack of indoor courts, not just for basketball, but for other sports as well.

Skarsgard is currently trying to do something about that. He is working on building a facility he calls Q Arena. The 45,000 square-foot facility will have basketball courts, volleyball, and indoor soccer fields.

Skarsgard has found land at Coors Pavillion on the westside of Albuquerque and is working on financing and is hoping to break ground by the end of February and would like completion by mid-June or early July. Former Lobo basketball assistant Brandon Mason will be in charge of the basketball courts.

Former Lobo women’s basketball player Nikki Heckroth-Lobato will be in charge of girl’s basketball. Mason said a lot of talent gets overlooked in New Mexico and more court access should help change that. “One thing that Josh and myself want to provide is an opportunity for these kids to be seen on different circuits and things like that,” said Mason.