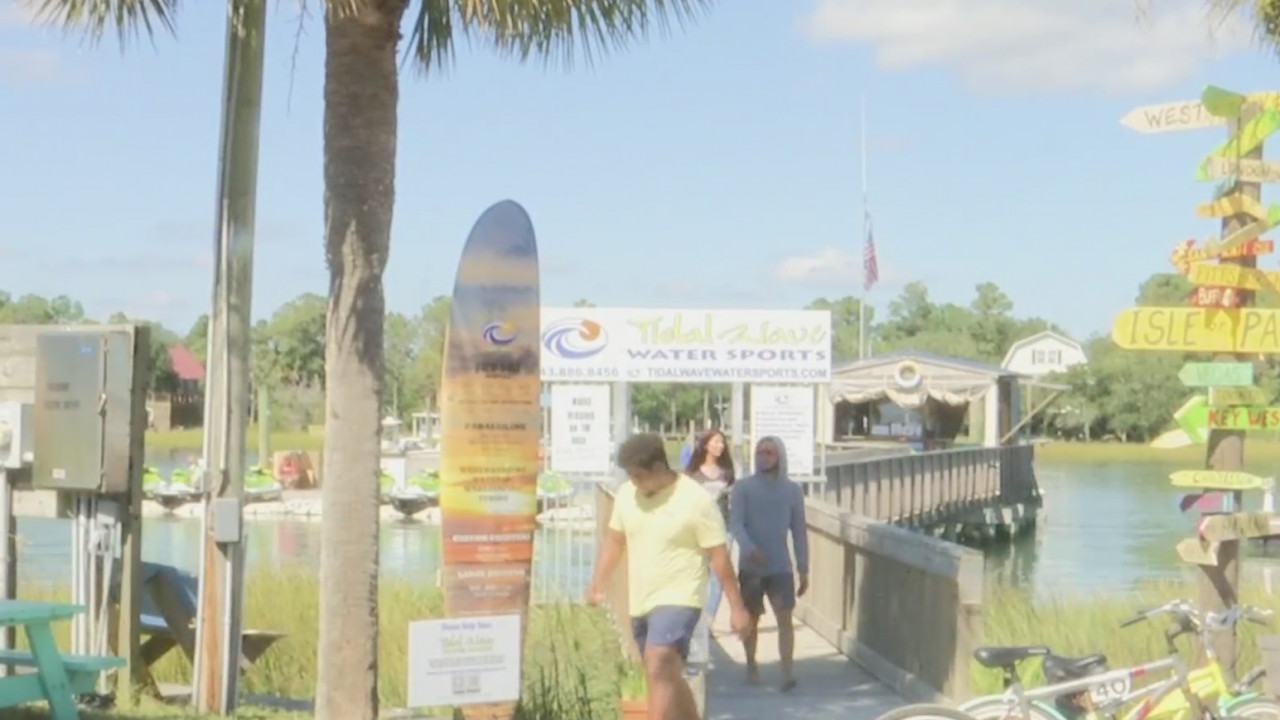 ISLE OF PALMS, S.C. (WCBD) – Isle of Palms leaders are pushing forward with plans to put a green space in the location currently occupied by Tidal Wave Water Sports, despite pleas for the longtime business to remain on the island.

“I’ve worked here four years, I even quit my desk job to come back here,” says Jeremy Samuels, who works at the business. “It’s a place that I love and everyone in the community loves and supports, or at least we thought they did.”

A decision made by Isle of Palms City Council last month to move on from the business leaves employees uncertain of what comes next.

“Twenty or thirty people are jobless right now, we don’t know if we’re going to need to start finding a job, file for unemployment, start working on our resumes or anything like that so the city has kind of kept us in the dark,” says Samuels.

Councilmembers from the city’s Real Property Committee questioned what the best plan forward would be during a committee meeting on Wednesday.

A green space or a public dock are among just some of the options in play after council voted to move on from Tidal Wave.

“I don’t know that green space is the appropriate terminology for what we’re looking at,” says Isle of Palms Councilman Randy Bell. During Wednesday’s meeting Bell said he sees the location being used as more of a “passive public space.”

“The bottom line is that dock represents the only water – call it whatever you want, green space access, whatever – that’s available to the public,” says Bell.

A fight for the right to remain on the Isle of Palms is something that is only just beginning for Tidal Wave Water Sports.

“It’s just doesn’t make sense to displace us, our jobs, our businesses for what seems like redundant reasons,” says Samuels.

City council didn’t make any decisions on Wednesday but noted with the eviction process of Tidal Wave Water Sports on-going, it may be a while before more concrete decisions can be made with legal action between the two looming in the near future.