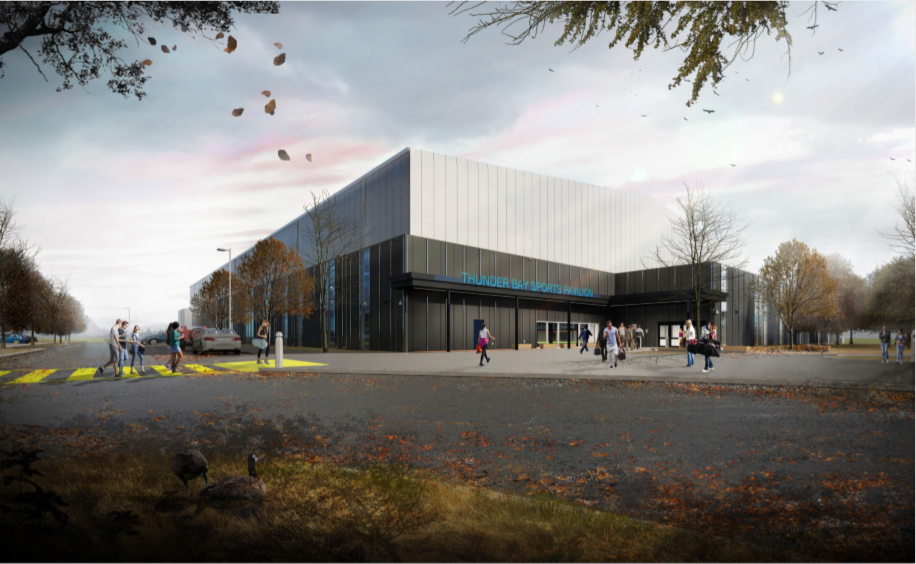 “I know it is a question for the community and what it means for taxation,” Mauro said.

The cost breakdown and available funding for the facility, which could cost the city $42 million, was discussed at length by Mauro, who reiterated that there is federal funding available, including $1.1 million in municipal accommodation tax funding.

“There are still a number of you in the community who are under the impression that there is no other government funding associated with this project,” Mauro said. “It’s important for people who are interested in this to please remember this, there is senior government money involved in this project.”

There were 12 pre-submitted questions for the town hall meeting, though it is unclear what these questions were in relation to, while additional questions were read aloud during the meeting.

Mauro touched on a number of issues briefly in relation to questions he has received, including ice availability at arenas, policing, the demolition of derelict buildings, and the program and services review.

Prior to the virtualmeeting, more than 100 people rallied outside city hall demanding a response from city officials on the issue of pinhole leaks in copper water pipes.

The city has remained silent on the issue, citing legal concerns, and Mauro opened the town hall meeting by acknowledging that he has received several questions on the topic, but did not speak to it directly and instead directed people to email [email protected] or call 684-2160 to share their concerns.

Near the end of the meeting, several additional questions came in by phone, most of which focused on the multi-use indoor sports facility.

Of the questions received, two individuals asked why the decision on the facility was not put to the people of Thunder Bay through a plebiscite.

“I don’t know if the city has a policy on plebiscite for large capital projects generally,” Mauro said. “A plebiscite would have informed council of how the community felt about it, but I’m not sure if anyone was considering that leading up to the 2018 election.”

“We could have made that decision, I don’t know if it was ever raised or discussed in council.”

Mauro added a lot of work on the multi-use indoor sports facility occurred before the current council’s term at the table.

The city’s response to COVID-19 was also addressed, with one individual asking Mauro how he will continue to address the ongoing pandemic.

“For me, it’s always been pretty clear, unless you have the health piece taken care of, the economic piece is not likely to rebound of be taken care of,” he said. “My first order of business is please be vigilant, please be safe, please be healthy.”

“If we don’t mange the health piece, the economic piece is not coming back, it’s not going to work.”