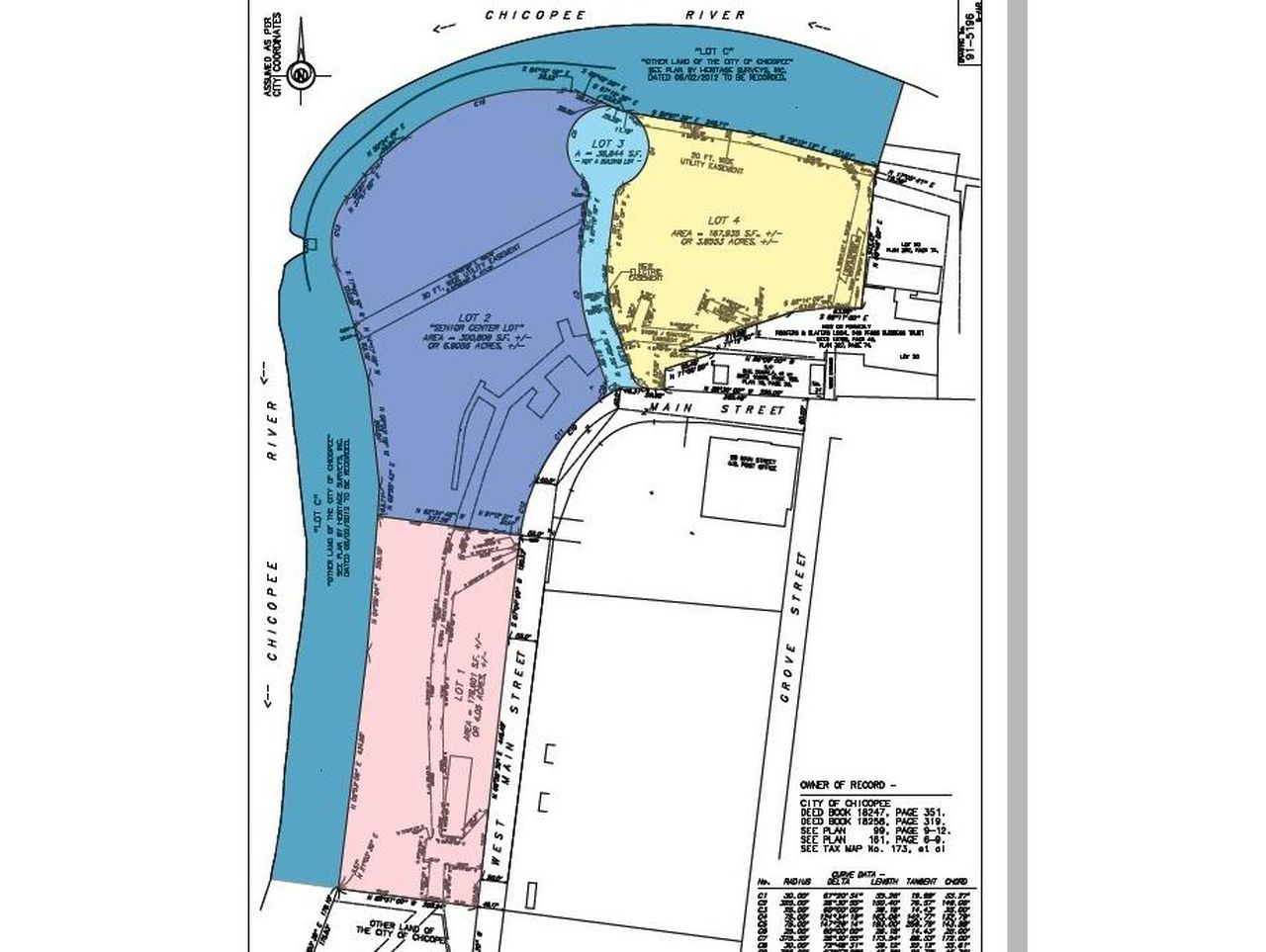 CHICOPEE — A restaurant, an indoor multi-use sports facility and an apartment complex are planned for the last available parcel of land at the former Facemate factory complex.

The city requested proposals in January from people interested in developing the about 4-acre parcel on West Main Street next to the Rivermills Senior Center.

The land is part of the massive cleanup project of the former Facemate and Uniroyal factories, which has spanned 15 years and has cost well over $30 million, much of which has been funded with state and federal grants.

“We selected the developer and we are entering into negotiations,” City Planner Lee Pouliot said.

Pouliot did not reveal the name of the developer, the cost of the property or details of the plans since the deal is still being negotiated. The contract is expected to be finalized in about six months.

The city requested proposals after finalizing the environmental cleanup of the property. Two people submitted proposals.

One of the requirements is the developer had to submit a plan to reuse the 11,000-square-foot historic brick warehouse known as the Baskin Building. The building is in good condition but is basically a shell that was never used for much more than storage.

The property is in a mill conversion zone, so the developer will need a special-use permit from the City Council before construction begins. The Conservation Commission will also have to approve the plans because the property borders the Chicopee River, Pouliot said.

“It is a diverse use of the property where you will have something our community doesn’t have in the indoor sports facility,” Mayor John L. Vieau said of the proposal.

He said he is also excited to see the Baskin Building redeveloped, adding variety to the reuse of the former Facemate property.

Vieau said one of his goals is to keep tax rates down, and the easiest way to do that is by bringing new development to the city. He is happy to see a long-vacant parcel be redeveloped and added back to the tax rolls.

The city began around 2007 tearing down long-vacant buildings and cleaning up soil contamination on the about 72-acre Uniroyal and Facemate properties.

Work to clean up the Uniroyal parcel is continuing.