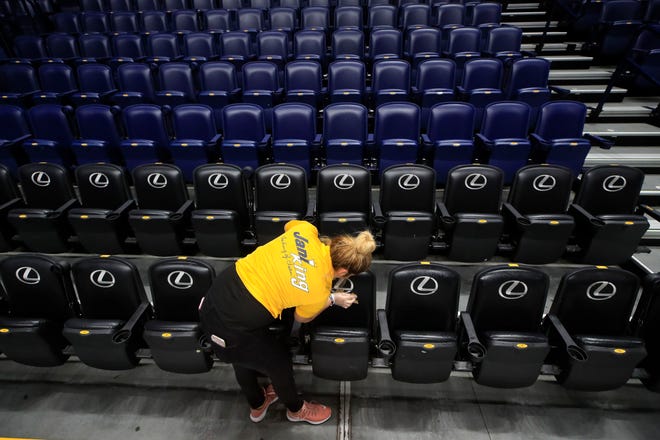 There will be no Cameron Crazies at Duke to begin the men’s college basketball season, but Kansas and Kentucky plan to play in front of small crowds.

No fans at Staples Center in Los Angeles, but perhaps as many as 9,000 at the Chase Center in San Francisco.

Empty seats at high-school gyms in some states. Business as usual in others.

Over the past few months, sports organizations at all levels have grappled with the same question, of whether or how to allow fans at their stadiums for outdoor events. Now, as winter nears, the calculus has changed.

COVID-19 is surging across the United States like never before, with cases and hospitalizations spiking in large swaths of the country. And sporting events, like much of American society, will soon move indoors, where the virus can spread more easily in the absence of proper precautions.

Those two facts alone are enough to make some public health experts nervous about the notion of welcoming even a small number of fans to an indoor arena.

“Having fans at any events is risky. And having fans at indoor events is even more risky,” said Tara Kirk Sell, a senior scholar at the Johns Hopkins Center for Health Security. “It seems like the wrong choice to be making as things get worse in this country.”

The early stages of the pandemic gave public health experts time to identify and develop best practices for confronting COVID-19, from mask use and physical distancing to more specific measures like HVAC modifications, which ensure that indoor air is filtered and circulated more efficiently. Some experts now believe that small gatherings in large indoor spaces, like a sports arena, can be held safely — at least in theory.

PLAY OR NOT TO PLAY? Should your child participate in the winter sports season? The data is limited, and mixed.

The issue, of course, is in the execution. In college football, for example, stadiums with limited-capacity crowds and detailed COVID-19 protocols have still seen groups of fans clustering together in student sections on Saturdays. After a victory over No. 1 Clemson earlier this month, thousands of Notre Dame students rushed the field.

“I have not been wildly impressed with the discipline that I’ve seen on television,” said Sten Vermund, an epidemiologist and dean of the Yale School of Public Health.

“I think if you have cooperation on the part of the attendees, it can be safe. But that’s a big if.”

The United States’ patchwork response to the pandemic has resulted in more than 11 million confirmed cases of infection and left more than 246,000 dead.

In sports, it has led to a similarly patchwork approach to fan attendance, in which leagues, conferences, teams and schools often arrive at wildly different conclusions, based in large part on what local health authorities will allow.

The NBA and NHL opted to finish their most recent seasons at bubble sites without fans. MLB only hosted fans at one stadium in Texas for the NLCS and World Series. And in college football and the NFL, some stadiums have hosted upwards of 20,000 spectators, while others have remained empty.

For public health experts, the distinction between an outdoor stadium and an indoor arena is significant. In its guidelines on sports attendance, the Centers for Disease Control and Prevention classifies indoor sports gatherings as riskier than outdoor ones, and those held in “a confined, poorly-ventilated” space as even riskier still.

The safety of an indoor environment depends in part on its size and ability to circulate and filter air. Vermund said HVAC systems that circulate and filter air five or six times per hour, or regularly pump in external air, can create an environment “that mimics the outdoors.” And with other mitigation efforts, like distancing and masks, he thinks indoor sporting events can still be reasonably low-risk activities for fans.

Others, like Sell, believe the differences between indoor and outdoor venues are irrelevant to the question at hand. Regardless of the setting, she doesn’t believe sports venues should be opening their doors to thousands of fans, particularly given the situation with the pandemic in the U.S.

“It seems like not the best idea to be saying, ‘Well, we’re going to gather a lot of people in a big space and see what happens,'” she said.

In February, a Champions League soccer game contributed to a massive COVID-19 outbreak in Bergamo, Italy, with one respiratory specialist describing it as “biological bomb.”

There have been no reports so far of a U.S. sports game turning into that type of super-spreader event for its fans. But Sell, a former Olympic swimmer, noted that there haven’t been robust contact-tracing efforts following most games, either. So it’s difficult to say with certainty whether or not they have contributed to the spread of COVID-19.

Michael Mina, an assistant professor of epidemiology at the Harvard T.H. Chan School of Public Health, believes the best way to keep fans safe at sports venues — like schools and office buildings — is to prevent those who might be infected from attending in the first place. And that requires testing.

“This is a silent virus,” Mina said. “It spreads asymptomatically, pre-symptomatically. And if we’re not able to detect it, then we just don’t know who’s walking in there and what their status is.”

The NBA estimates that it lost an estimated $800 million in ticket revenue alone by playing out the remainder of its season in a bubble. In the NHL, ticket sales account for about 37{066dbc63777e5ed549f406789d72fdeebd77a32711d57f7b38ff2b35c4ba2a42} of the league’s overall revenue, according to data compiled by Statista. That’s perhaps part of the reason why both leagues are hoping and planning to allow fans to attend games in at least some arenas this coming season.

“We intend to permit in-person attendance subject to the requirements of the local health authorities, and consistent with standards that will be established by NHL/NHLPA medical advisors,” NHL deputy commissioner Bill Daly told USA TODAY Sports in an email.

While some individual teams have still decided to keep their arenas closed — including the NBA’s Lakers, Clippers and Timberwolves — other franchises are going to great lengths to open them.

The Oklahoma City Thunder released a 55-page document that details its guidelines for reopening Chesapeake Energy Arena. At FedExForum in Memphis, arena staff have installed more than 300 hand sanitizing stations for an anticipated crowd of 3,600 fans. And according to ESPN, the Golden State Warriors have proposed testing all of their fans for COVID-19 with hopes of holding games at 50{066dbc63777e5ed549f406789d72fdeebd77a32711d57f7b38ff2b35c4ba2a42} crowd capacity.

“I not only want to get this done and show the world how we can do it now; I’m willing to spend the money to do it,” owner Joe Lacob told ESPN, which added that the team is prepared to spend “upward of $30 million” on the tests.

In those cases and others, teams and venues are relying on guidance from local health officials, which vary significantly depending on the situation in their local community. And no sport will illustrate those differences like men’s college basketball, where some of the sport’s iconic venues will have near-opposite atmospheres.

Meanwhile, at other powerhouse schools such as UCLA and Wisconsin, men’s basketball teams will play home games in front of thousands of empty seats. Duke has taken the same approach at Cameron Indoor Stadium, which is traditionally among the most raucous venues in the sport.

“Cameron Stadium is an utterly amazing place to watch basketball,” wrote Wolfe, who also chairs the ACC’s Medical Advisory Group. “But partly, that’s because it’s so close and dense and hot and stuff and filled with screams. All the things that a viral respiratory disease would love.”

Most men’s and women’s college basketball conferences have left decisions on fan attendance to their individual schools and local health officials. One notable exception is the Pac-12, which announced in September that it will not allow fans to attend any on-campus sporting events hosted by its schools through the end of the calendar year. The Ivy League, meanwhile, canceled its winter sports seasons altogether.

Organizers of high school and recreational sports are weighing those same questions, often with fewer resources than their college and pro counterparts. Some are at odds about whether to play sports like basketball at all. In Johnson County, Kansas, public health officials recommended the cancellation of all winter sports — but the county’s own parks and recreation department has continued to offer them.

Ultimately, Sell said decisions about fan attendance at indoor sporting events cannot be made in a vacuum. She believes it might be safe to welcome a small number of fans to an indoor arena in a community with low COVID-19 transmission.

“But if you look at what’s happening all over our country, where is that place right now?” she continued. “It doesn’t seem like we’re able to control the disease.” 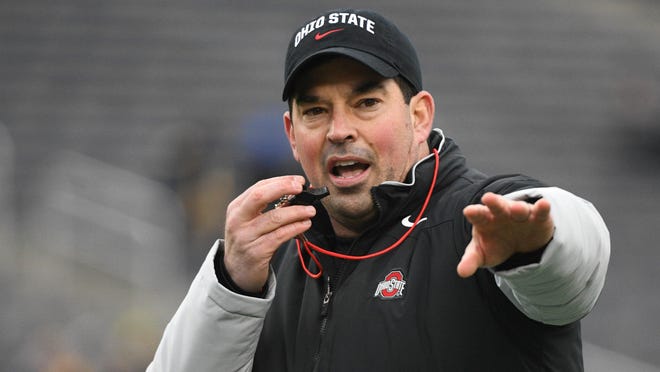