If Damian Lillard isn’t your MVP after his latest 50-point masterpiece, you’ve got some explaining to do 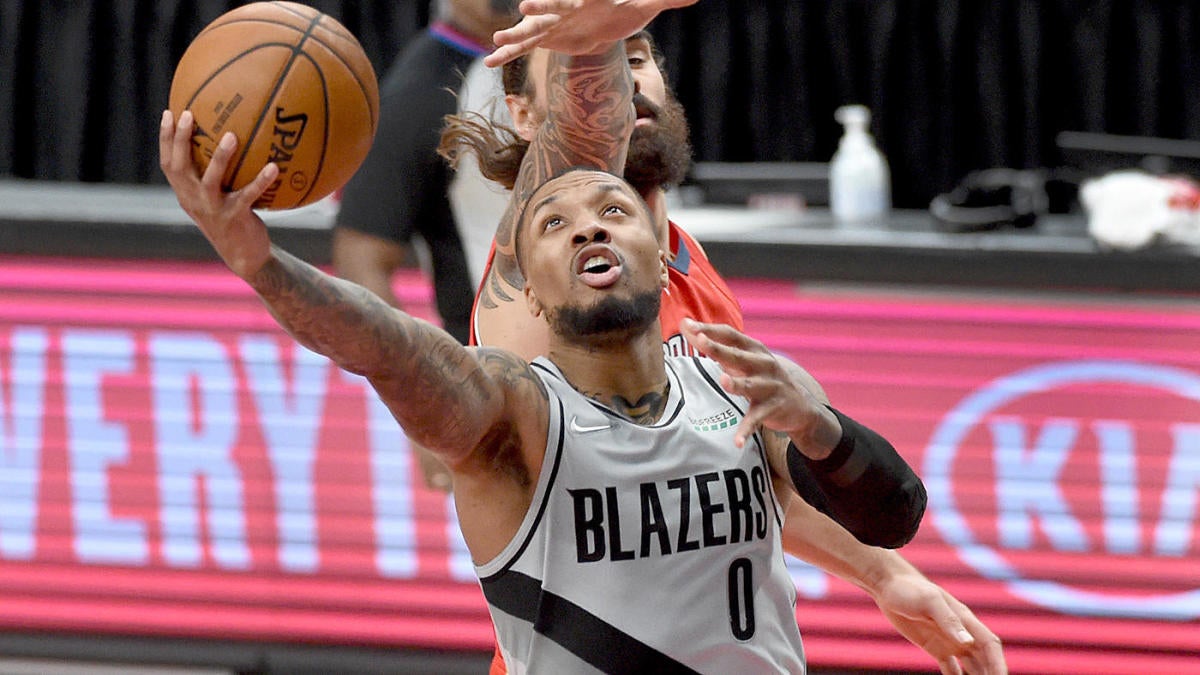 On Monday night, I was discussing increasingly undeniable Damian Lillard’s MVP case with fellow CBS writer Sam Quinn, who, despite being as detailed and knowledgeable in his NBA thoughts as anyone out there, invoked the word “outlier” as it pertains to Lillard’s late-game heroics this season, specifically suggesting that Lillard’s clutch 3-point shooting will surely regress to the mean at some point.

Sam is right. Technically. At one point not too long ago, the Portland Trail Blazers superstar was shooting better than 60 percent from 3 in five-point games with fewer than five minutes to play. After hanging a season-high 50 points on the Pelicans on Tuesday, he’s only shooting 53 percent from 3 in the clutch.

Joking aside, Sam’s sentiment is well taken. Surely Lillard can’t keep hitting these ridiculous shots to pull these ridiculous wins out of thin air. And yet, here we are. On Tuesday, the Pelicans led by 17 points, 115-98, with 6:53 left in the fourth quarter. From that point forward, Lillard personally outscored them 15-9 as Portland rallied for a borderline miraculous 125-124 victory, which Lillard sealed with two free throws with 1.2 seconds to play.

The fine print of this game will tell you it’s the sixth time New Orleans has lost a game this season it led by at least 15 points. Even in a league where big leads go out the window like trash on a lonely stretch of highway, that’s not good. The Pelicans melted down on Tuesday, and still Brandon Ingram could’ve pretty much iced the game by making just one of his two free throws with 7.2 seconds to play. He clanked them both. Then seconds later, Eric Bledsoe fumbled a pass out of bounds. New Orleans wrote its own eulogy.

But when you ultimately die at the hands of Dame Lillard, you get a pass. He kills everybody. Don’t take it personally. If it’s close and Lillard is on the court, just make your peace with God. The Blazers are now 6-1 in one- or two-point games this season, and their 16 clutch wins is tied with Philly for the most in the league. In those clutch minutes, Lillard leads the league with 124 total points on 60-percent shooting, including the aforementioned 53-percent mark from 3, and he’s a perfect 38 for 38 from the free throw line.

The Blazers are a net-negative team this season, having been outscored 4,508-4,490 by its opponents. But the math flips in the clutch, where Portland sports a plus-57 point differential in Lillard’s minutes. For the record, here are Lillard’s numbers in winning time on Tuesday:

This all while being tracked by multiple defenders all over the court. And Lillard doesn’t just do it as a scorer. Before the All-Star break, he sealed Portland’s win over Golden State by drawing a last-second charge on Draymond Green. On Tuesday, you could argue his biggest play was the offensive rebound he grabbed with 3:30 to play and the Blazers down seven, a deficit that became four when Lillard kicked it out to Gary Trent Jr. for a 3.

Plays like that keep games within reach. Carmelo Anthony hit a monster 3 to pull the Blazers within two with under two minutes to play. It all paved the way for Lillard to do what he always does with the game on the line. They aren’t outliers, these clutch performances. They are, frankly, routine. And that, in the end, is the true definition of greatness, when you start to take things you’ve never seen before for granted.

What Lillard has done in keeping the Blazers in the thick of the Western Conference playoff picture with CJ McCollum and Jusuf Nurkic on the shelf for the majority of the season is the very definition of Most Valuable Player. Joel Embiid, who has the benefit of playing in the East (the Sixers being a No. 1 seed at the moment is probably the boldest bullet point on his resume), is going to be out for maybe as much as a month. Nikola Jokic has been truly amazing, but he hasn’t had to play without his second- and third-best player. Look me in the eye and tell me the Nuggets would be even with the Blazers if Jamal Murray and whoever you think their third-best player is had missed a combined 53 games. Not a chance.

If the season ended right now, I just don’t know how you give the MVP to anyone other than Lillard, who continues to turn water into wine for a Blazers team that is starting to get healthy — McCollum returned on Tuesday, and Nurkic isn’t far off — and, with a proper trade-deadline move, could suddenly look very dangerous come playoff time.