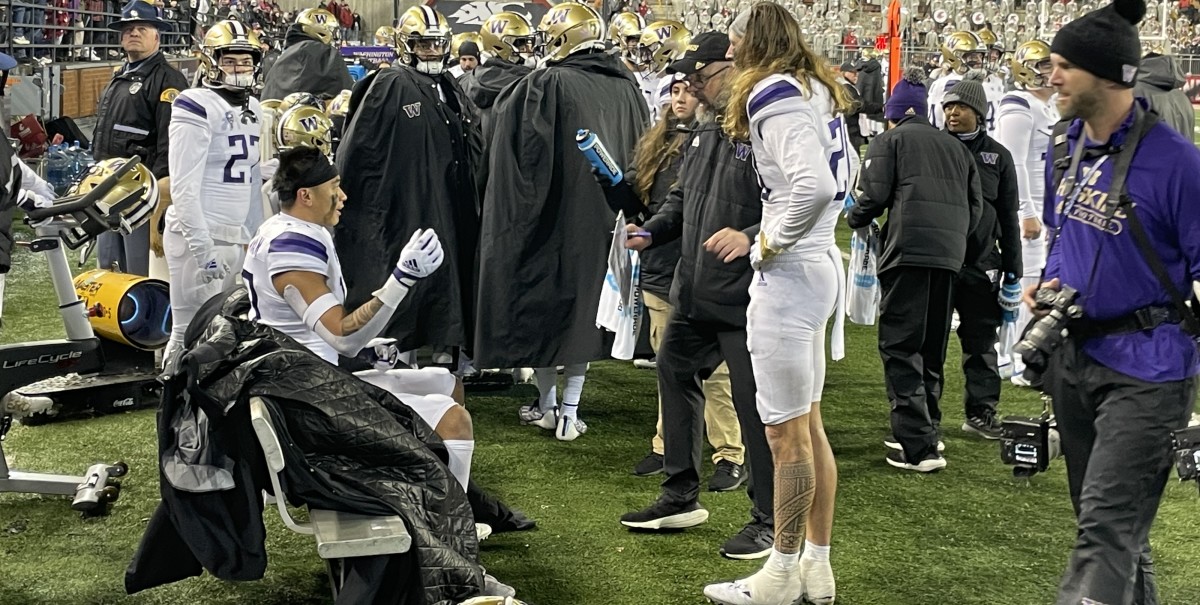 As much as the University of Washington football team could score in a blink of the eye — see the first play of the second half in the Apple Cup — its climb up the Pac-12 power rankings was a lot like watching a fresh coat of paint on Husky Stadium dry.

It was maddening slow, almost painful to consume.

The Huskies initially were ranked low, and rightfully slow, after coming off a 4-8 season in 2021.

Then just when they were beginning to draw some attention with a 4-0 start under Kalen DeBoer, they lost to UCLA, no arguments there, and did a face plant at Arizona State — when the Huskies tried to play 7-on-11 on defense (i.e., with no secondary).

Six consecutive wins, marked notably by victories over the the rest of the Northwest in Oregon, Oregon State and Washington State, will do a lot to restore faith in a football program that went somewhat neglected for 24 months.

Here’s how our Pac-12 experts saw things unfold with all regular-season games complete:

Comment: How Oregon lost that game and a chance to win the Pac-12 title is beyond me.  A blunder by the punter and Dan Lanning’s fourth-down choice doomed the Ducks. Washington and USC go from 4-8 last year to this, thanks to transfer quarterbacks.

Comment: Oregon showed it doesn’t belong in the Pac-12 championship with an embarrassing collapse against Oregon State. USC and Utah should be a fun game, especially since the Utes handed the Trojans their only loss of the season. David Shaw stepping down creates one of the more interesting head-coaching searches in the country on the Farm.

Comment: The Shaw era is over in Palo Alto after some great years at first, and some not so great ones recently. It was time, but still sad times at Stanford. This Pac-12 matchup will be everything we all wanted. USC needs a win as badly as anyone across the country.

Comments: The top tier in the Pac-12 is pretty expansive and unclear, especially considering the regular season has come to a close. There are probably five teams that can make a serious case for being the best in the conference, but the championship game between Utah and USC – plus the ensuing bowl games – will likely bring things into focus before the end of the year.

Comment: Not too much changed this week; the top half of the conference clearly separates from the rest. USC will face Utah to crown a champion this Friday, and I expect USC to redeem its loss from earlier this season at a neutral site against the Utes. Interestingly enough, Washington will likely end up in the Rose Bowl if that happens.

Comment: Against all odds, the Utes snuck into the Pac-12 Championship and are set for a rematch with USC in Las Vegas on Friday.

DAN RALEY, INSIDE THE HUSKIES

Comment: People all season long have underestimated the UW offense. After all, the Huskies are now 10-2 with barely a trace of defense. . . . Just look at those top six Pac-12 teams and their nine-win seasons — it’s a landmark conference season, which will be made better if USC can get into the CFP at least once before the Trojans head for the Big Ten and disappear from postseason contention. . . . Oregon’s Dan Lanning may turn out to be a more successful and someday veteran coach but his game management skills are something left to be desired. He let two games get away because of bad fourth-down choices. Wasn’t it Jimmy Lake who showed us all that you don’t hire assistant coaches anymore to be Pac-12 head coaches?

Go to si.com/college/washington to read the latest Inside the Huskies stories — as soon as they’re published.

Not all stories are posted on the fan sites.

Find Inside the Huskies on Facebook by searching: Inside Huskies/FanNation at SI.com or https://www.facebook.com/dan.raley.12