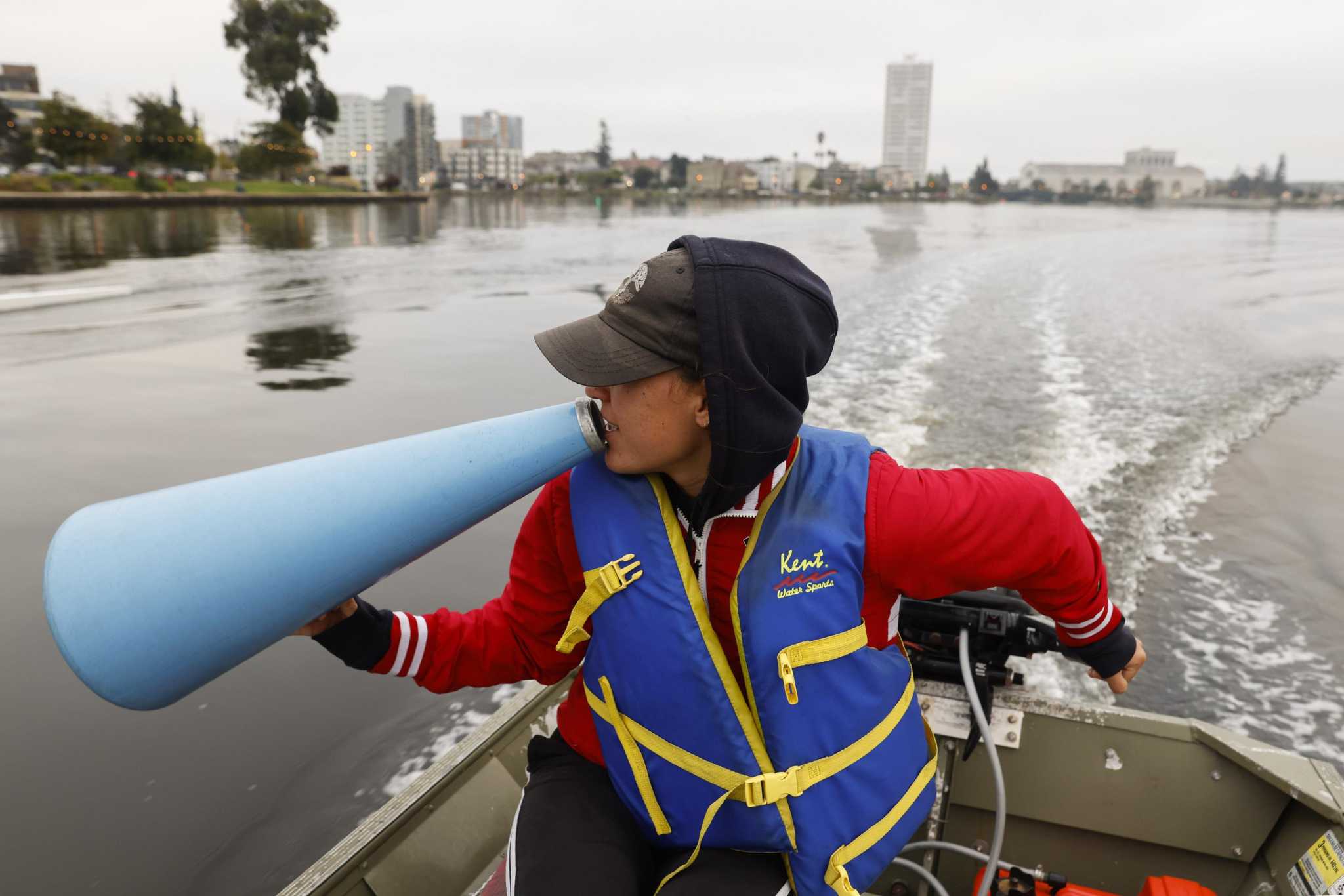 Water sport groups who use the San Francisco Bay for recreation classes said they’ve seen a spike in cancellations last month, likely as a result of the harmful algae bloom spreading across the region.

While rowing and similar water sports does not require people to intentionally enter the water, participants often get splashed or can accidentally fall in. Water sports groups have been trying to keep up with the latest news on the blooms and telling customers that this specific algae isn’t known to be harmful to humans.

Andrew O’Brien, president of the Lake Merritt Rowing Club, told The Chronicle he has received emails from several concerned members in the last few weeks, asking if it’s safe enough to row at the lake. Other people are waiting for the bloom to end to return to the waters, he said.

The water at Lake Merritt has always been “questionable,” he said, but the bloom has made it worse.

“People are staying away,” said O’Brien. “We’re just really cautioning members to use their best judgment and to wash off (if they have water contact), but there has been less rowing.”

At Mike’s Paddle, a canoe and kayak store near Ballena Bay in Alameda, manager KK Jauco said they haven’t seen much algae recently, and haven’t had reports of people with skin rashes. They have been encouraging people to rinse off after, she said, although some people have requested to extend their rentals until the bloom disappears.

Lake Merritt is one of many bodies of water impacted by the bloom, the largest in over a decade.

Officials from Bay Area and state agencies, including the Bay Regional Water Quality Control Board, the California Department of Public Health, the California Department of Fish and Wildlife, and the Office of Environmental Health Hazard Assessment, are working to determine the main cause of the bloom, which was first reported late July in Alameda.

Algae blooms are a natural occurrence and typically last about a week, but the duration of the current bloom has surprised scientists.

This specific algae organism – called Heterosigma akashiwo – is not known to be toxic to humans, but it can cause skin irritation, said Eileen White, executive officer of San Francisco Bay Regional Water Quality Control Board.

Water activities aren’t a big concern, said White. If people fall into the water, they should rinse off immediately after, she said. “You’re not gonna get a skin rash for being in (the water) for a few minutes. I just wouldn’t get in and swim in it.”

But the Centers for Disease Control and Prevention advises people to “not fish, swim, boat, or play water sports in areas where this is possible harmful algae or cyanobacteria.” Cyanobacteria, also called blue-green algae, can produce toxins that are harmful to humans and animals.

If you do, the CDC says you should rinse yourself, as well as their pets, off with tap water from a shower, hose, sink or outdoor spigot. People should also not drink the water or allow their pets to lick their fur until they have been rinsed, the CDC said.

Symptoms may appear within 48 hours of being exposed to water with a suspected or confirmed algal bloom, including: sore throat or congestion, coughing, a skin rash or hives, irritated eyes or earache, diarrhea or vomiting, headache or abdominal pain, according to the California Water Quality Monitoring Council.

State officials recommend that people who show these symptoms after being in contact with the water should contact their healthcare provider, report any illness to their local or state health department or call California’s Poison Control Center at 1-800-222-1222.