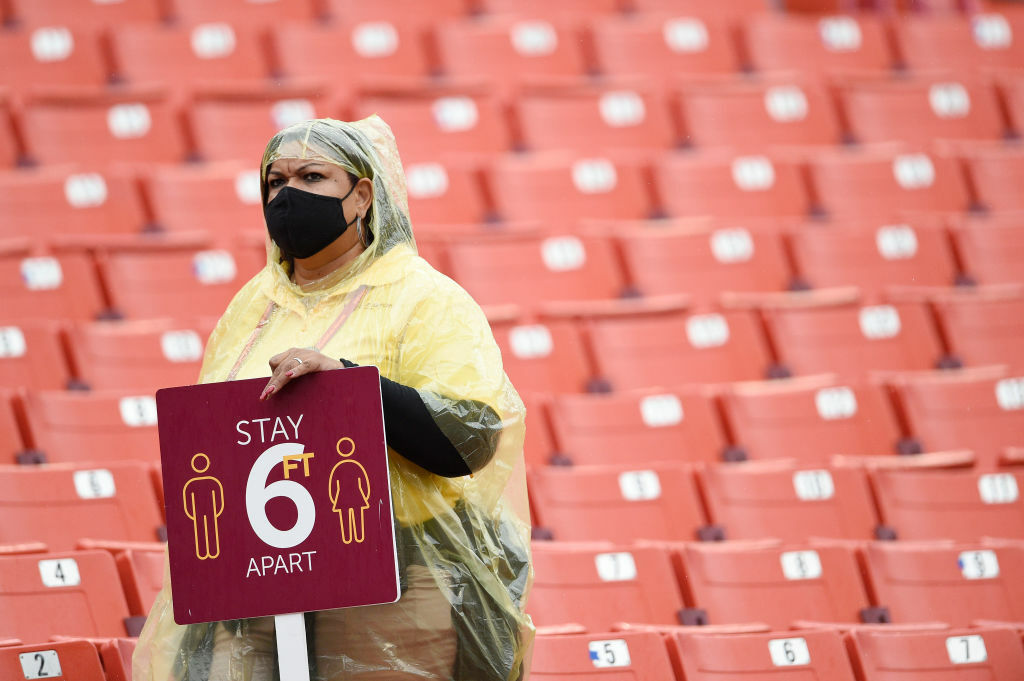 Outdoor sporting and entertainment venues in Maryland have been authorized to reopen with limited capacity and health safety guidelines in effect.

The expanded capacity limits also come with new rules from Maryland Health Secretary Robert Neall. Face coverings and social distancing will be mandatory at these venues and social gatherings like tailgating will not be allowed.

Local officials say they are reviewing the order.

FedEx Field — where the Washington Football Team plays — is located in Prince George’s County, which has not moved into Phase Three of the governor’s reopening plan. It’s unclear how that will affect the governor’s order.

Under Prince George’s County’s current Phase Two rules, crowds at outdoor events are limited to one person or family per 200 square feet — or 50 people maximum.

A Prince George’s County spokeswoman said in an email to WTOP: “We are reviewing the Governor’s the order and our health officials will be in conversation with the Washington Football Team to determine next steps.”

Baltimore City officials told WTOP that they are discussing the governor’s order with community stakeholders “to accommodate these new adjustments safely for all residents and visitors of Baltimore City.”

In a statement announcing the move, Hogan said: “With our key health metrics low and stable, we are taking steps to allow more spectators, including fans of the Baltimore Ravens and the Washington Football Team, to safely attend games in the stands,” Hogan said in a statement announcing the move. “It remains important to continue following all of the mitigation measures and public health protocols that keep us safe, including wearing masks and practicing physical distancing.”

Hogan’s order also aims to ease attendance restrictions for college and high school athletics. The governor’s order said they may also allow in person attendance, under the similar rules laid out for outdoor sporting venues in the state.

The Elevating Importance of Outdoor Sports to Boost the