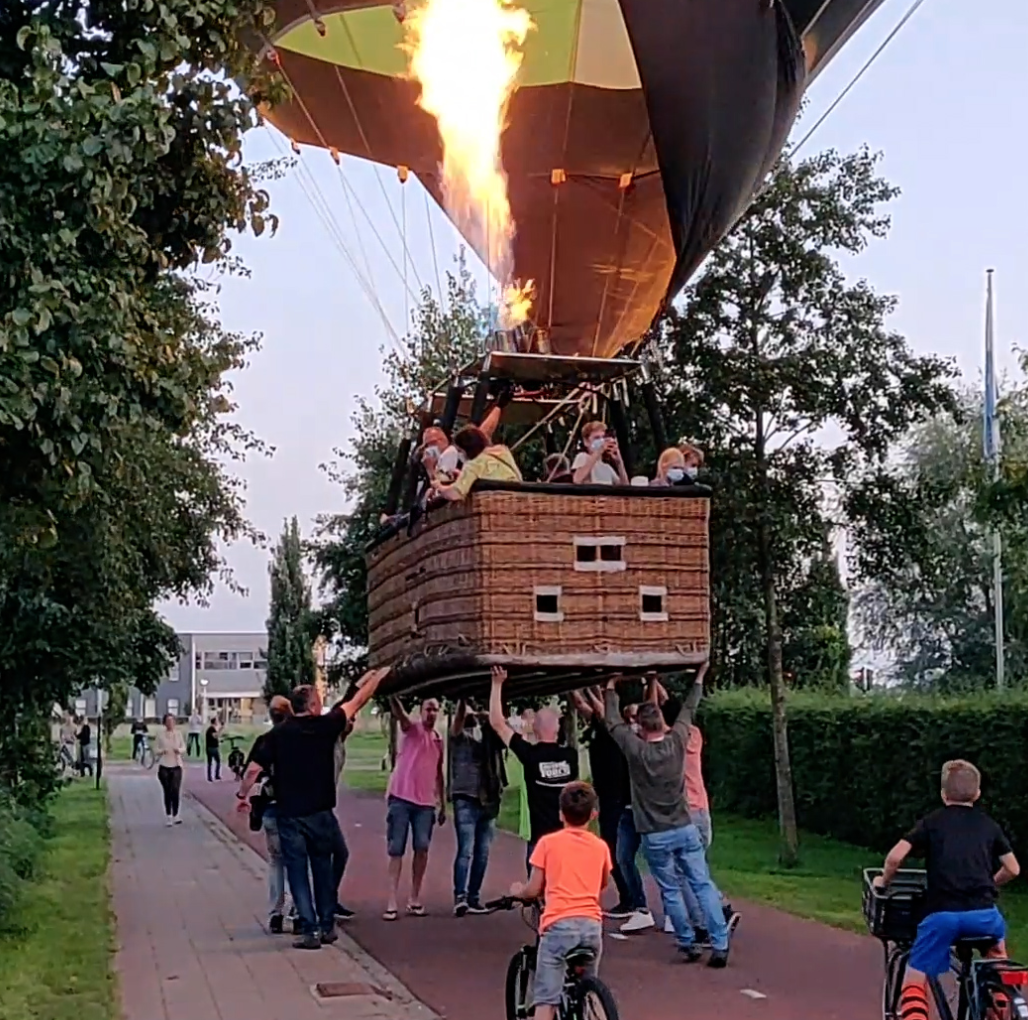 A group of locals saved a hot air balloon full of passengers from a crash landing.

The incident took place in the Netherlands. When weather conditions became poor, it appeared that a hot air balloon was going to crash into Corlaer College in Nijkerk. A nearby canal was also a potential landing hazard that the aircraft could have sunk in. But quick-thinking bystanders assessed the situation and acted quickly.

Footage shows about a dozen people holding onto the basket of the hot air balloon. Together they guided it out of harm’s way by directing it along a bike path. Eventually, they reached a safe clearing where it could be released.

“‘For a long time, the hot air balloon was suspended at a low altitude above Nijkerk,” onlooker Edwin Broertjes told Newsflare. “Due to the weather conditions, the balloon sailed very slowly and could not reach enough height to develop more speed. In the end, the question was not whether, but where the balloon would land in the middle of the neighborhood.”

Hot air balloon crashes are actually incredibly rare. In the U.S., for example, there were only 37 balloon-related deaths between 2000 and 2016. Meanwhile, during the same period, 728 people died in commercial and commuter airplane crashes, according to CNN. In fact, hot air ballooning is regarded as the safest air sport in aviation by the Fédération Aéronautique Internationale (FAI), the world-governing body of air sports.

These eco-friendly gifts are the perfect steps to a sustainable lifestyle:

If you enjoyed this article, check out this off-duty cop who saved a boy from a shark in the nick of time.

More from In The Know:

Teen captures hearts with ‘Are You Smarter Than a Preschooler?’ series

Easily clean pets outside with this genius water hose attachment

All the products our readers are loving (and buying) right now

The post Heroic bystanders save hot air balloon from crashing into school appeared first on In The Know.