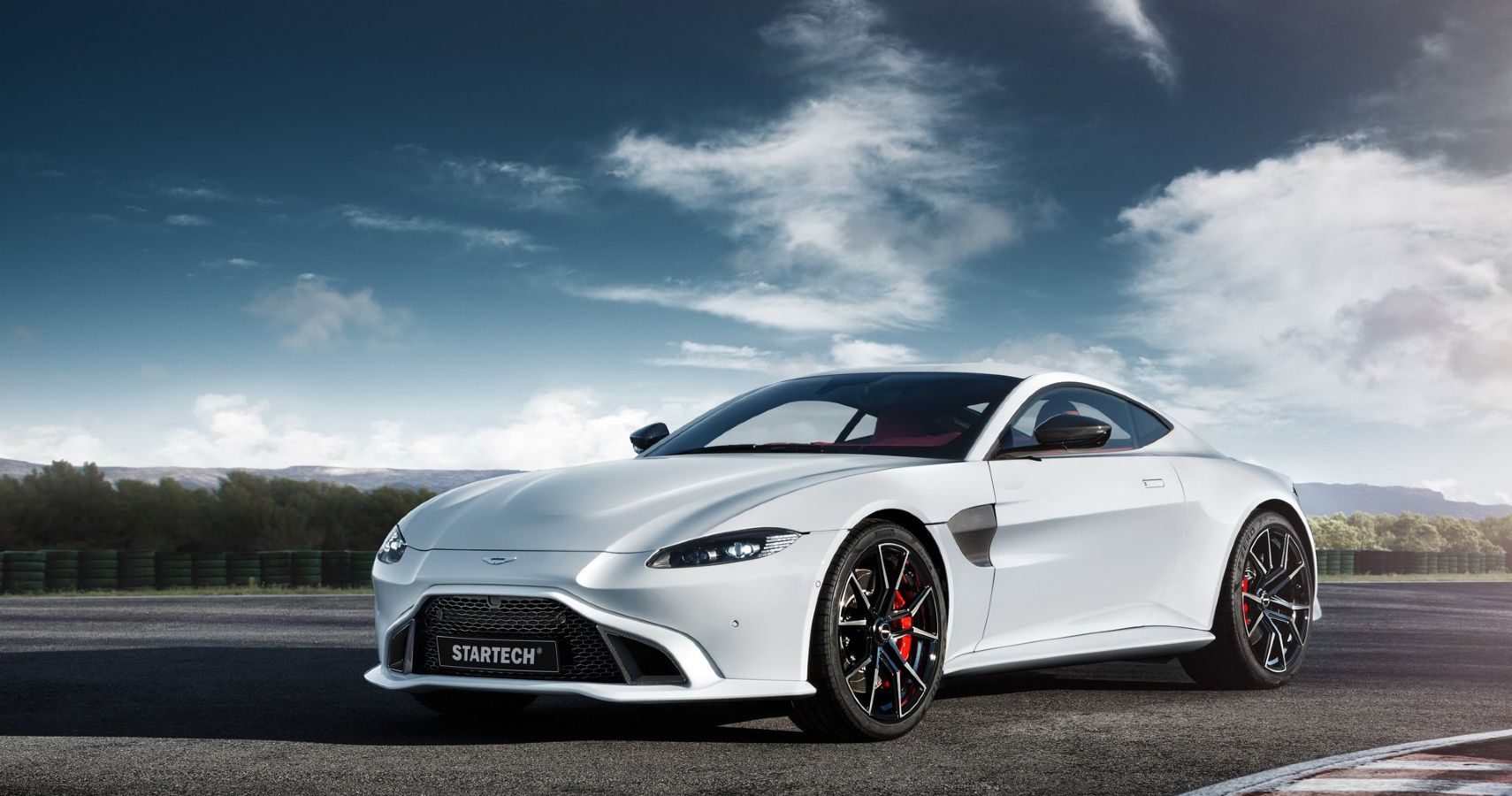 The name Vantage has been used on Aston Martin cars since the 1950s, and the current model, a two-door luxury sports car, was launched for the 2019 model year. As much of a style declaration as a driver’s car, the Vantage offers stunning good looks with astonishing performance. Enthusiasts may never agree on what exactly defines a supercar. However, the Vantage isn’t one. The brand calls it a sports car.

The Aston Martin Vantage is reactive and quick. However, the car doesn’t have the sharp, ruthless edge that makes supercars excel on a racetrack. Instead, the Vantage is a high-level sports car designed to deliver complete driving thrills but remain usable regularly. Individuals that enjoy an open-air sports car experience can add the Vantage to their lists of dream machines.

The 2021 Aston Martin Vantage Roadster replaces the fixed roof with a folding fabric convertible top. The same 503 hp engine powers it, but it loses a few tenths of a second in 0-60 mph acceleration and a few ticks on the speedometer’s top end. That matters little when the wind’s flowing through your hair with V-8 music in your ears.

RELATED: Aston Martin Vantage F1 Edition Has Its Focus On The Track

Failures Leading To On Road Success

Few people have invested in an Aston Martin and regretted it. The last-generation Vantage was a stunningly elegant car and rode like a shopping cart. The new Vantage is the performance model in the Aston Martin lineup and has a firm suspension tuning to prove it. Still, the stiffer structure allows for a softer suspension, making it far more comfortable than the model it replaces. This Vantage can be an everyday sports car that will encourage owners to drive it more often and show off its stunning looks to an adoring public.

First used in 1951 on a high-output engine option for the Aston Martin DB2, the name ‘Vantage’ was soon established as a model in its own right.

The Vantage features AMG’s 4.0-litre twin-turbo V8 engine, developing 503 horsepower at 6,000 rpm and 505 lb-ft of torque starting at 2,000 rpm. With a dry weight of 1,530 kilograms, this gives the Vantage a formidable power-to-weight ratio.

Power is sent to the rear wheels via a ZF eight-speed automatic transmission. Capable of accelerating to 60 MPH in 3.6 seconds, this beast employs a sophisticated suite of integrated electronic systems to offer maximum control. These include dynamic stability control and dynamic torque vectoring. The Vantage also features an electronic rear differential, which is linked to the car’s electronic stability control system, so it can understand the car’s behavior and react accordingly to direct the engine’s power to the relevant wheel.

RELATED: These Modern Performance Cars Were Modified To Produce Insane Amounts Of Power

Aston Martin’s partnership with Mercedes-Benz gives the Vantage two essential features: The first is its twin-turbo 4.0-liter V-8 powertrain. It’s a robust powerplant that delivers ready, raucous power and sings a Mercedes song tuned to an Aston Martin pitch to be even more sonorous.

Aston Martin also adapts its infotainment system from Mercedes-Benz. It doesn’t look the same, although it acts the same as pre-MBUX systems from Mercedes. The system is controlled through a central rotary dial that requires a learning curve, but it has a lot more functionality than Aston Martin would likely develop on its own.

The McLaren GT weighs maybe 100 to 200 pounds less and drives much more like a sports car, but it has a somewhat bulbous hunchback rear and stickers at $213,195. The Bentley Continental GT is much larger, much heavier, and much more comfortable for $202,500. The Ferrari 812 Superfast is man-oh-man fast, carries the Ferrari cachet, and costs $336,962. The Aston Martin Vantage is still a much better daily driver car and much easier to manage. That is what makes it better than the rest.

Aston Martin also forges its path in how it approaches drive modes. Many automakers offer an individual mode that allows drivers to choose their parameters for throttle response, stability control, suspension tuning, steering, and sound. The Vantage presents a more straightforward and elegant solution. It has two mode controllers on the steering wheel, each with Sport, Sport+, and Track settings. The toggle on the left is for the adjustable and adaptive dampers, while the one on the right handles the engine and throttle response.

With the right technology, top quality and comfort, beautiful design, and exceptional performance, the Vantage is without a doubt the best luxury sports car available today.