Here’s The Sports Slate For Christmas Day, Which Includes An NFL Game 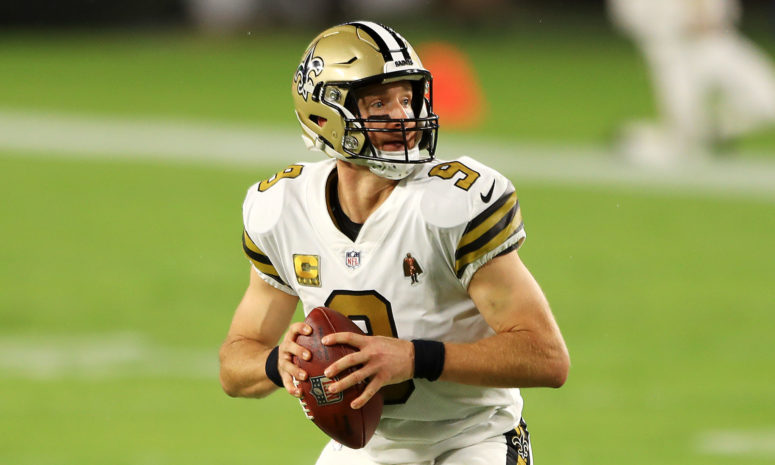 TAMPA, FLORIDA – NOVEMBER 08: Drew Brees #9 of the New Orleans Saints looks to pass during the first half against the Tampa Bay Buccaneers at Raymond James Stadium on November 08, 2020 in Tampa, Florida. (Photo by Mike Ehrmann/Getty Images)

Christmas Day is a little different in 2020, as many people around the country are staying home and having much smaller gatherings due to the pandemic. Luckily, there’s a pretty solid sports slate for fans who aren’t being as festive this year.

All in all, there are five NBA games, four college basketball games, one college football bowl game and an NFL matchup. Let’s take a look at what we have on the schedule.

As a reminder, the NBA kicked off its 2020-2021 season earlier this week. Most of the teams in the group will be playing their second contest of the year.

The Big Ten is the only college basketball conference with games on Christmas Day. The Michigan State vs. Wisconsin matchup is the best of the bunch.

In college football, we have the Camellia Bowl between Marshall and Buffalo.

Merry Christmas to all the sports fans out there!