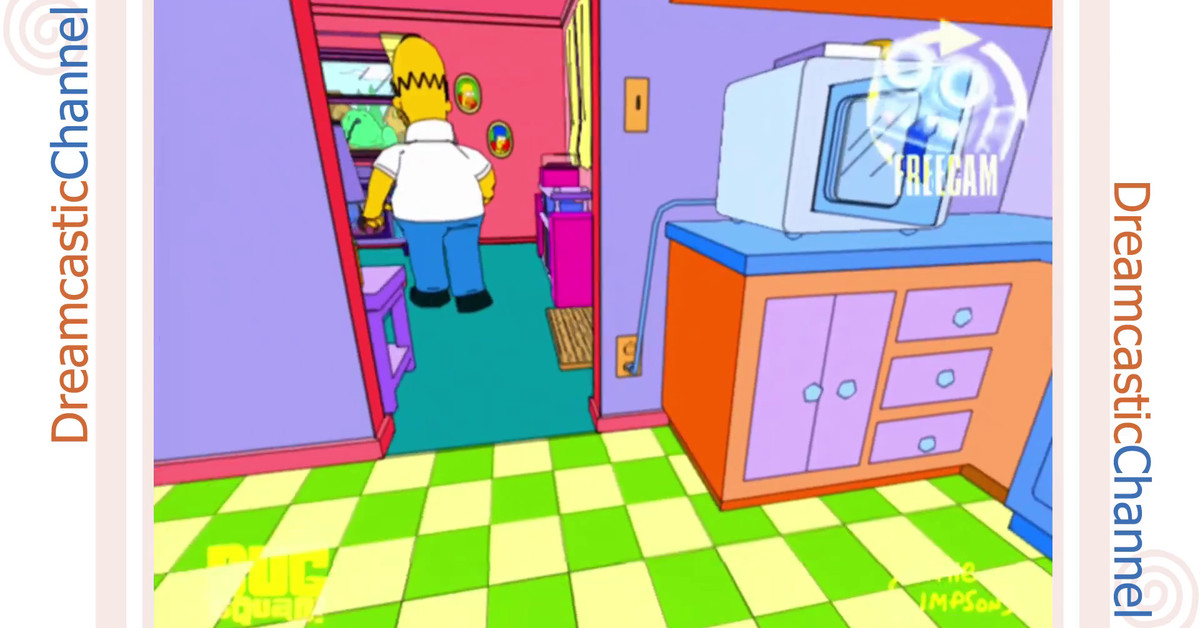 As a lowly Wired Magazine intern, one of my first assignments was reviewing 2007’s The Simpsons Game: a groundbreaking self-referential parody of the entire gaming industry that, sadly, suffered from as nearly as many tropes as it lampooned. But it turns out Fox had been interested in a three-dimensional Simpsons game long before that — one that could have appeared on the Sega Dreamcast if things had worked out.

Today, the DreamcasticChannel on YouTube (via Kotaku) is showcasing an unreleased tech demo from the year 2000 for a title tentatively called “The Simpsons: Bug Squad!” It’s from the long-defunct Red Lemon Studios, and it’s remarkable how much the game’s cel-shaded graphics look like the show. Apparently, a Dreamcast-Talk forum user by the name of sreak found this demo just sitting on a broken Dreamcast dev kit’s hard drive, and with a bit of help, the forum figured out how to make it playable.

Less understandable is the whole Bug Squad thing. Were you really going to play a bug? Why? Who would your squad be compromised of?

Hopefully, some of the original developers (or Fox executives) will come forward so we can find out.