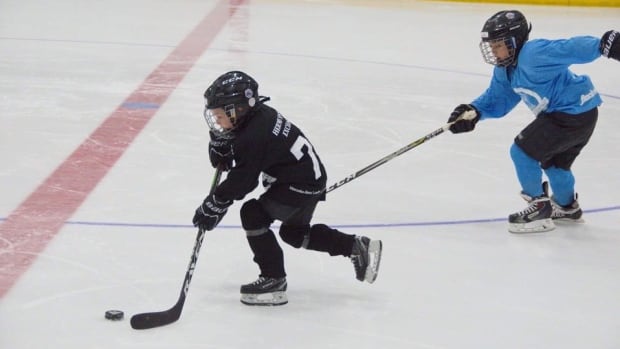 With recreational sports facilities forced to close their doors and pause their seasons due to new measures to curb the spread of COVID-19, the region’s medical officer of health said he’s considering modifying some of the orders, which might give sport organizations a fighting chance of staying open.

“There may be an opportunity to tweak the orders prior to their coming into effect,” Dr. Chris Mackie, the medical officer of health with the Middlesex-London Health Unit (MLHU), said Thursday afternoon.

The latest restrictions, which include limiting the number of people in a class or a team to 10 along with keeping three metres of distance between each participant, take effect on Saturday.

“There is a potential, I think, for some minor adjustments that will improve the opportunity to play sports and also have a minimal impact on the risk level.”

Prior to these comments, several recreational sports facilities like the BMO Centre, which houses six soccer fields, had announced their decision to shutter their doors as of Saturday once the new rules kick in.

“Under these restrictions we cannot function,” said Tom Partalas, the president of the London Optimist Sports Centre which operates the BMO centre. “The way they are right now don’t help us and they don’t help the kids.”

About 1,500 players, ranging from two year olds to adults, are enrolled in different leagues that play in the centre, Partalas said.

While the facility could host several teams on each of it’s six fields, as long as each group of 10 could remain nine metres apart, Partalas said it’s just not feasible.

The centre had just reopened for the season last week and the new restrictions left many players like Graham Henning yearning for more.

“We had just played our fist game back, so it was sad it was cancelled so soon,” he said. “I can’t bring myself to go run on my own, but when I play a game with my friends or other people, the time flies.”

“I would’ve personally taken the risk of playing, but it’s probably wiser that we take another break.”

Partalas is hopeful that the expected modifications will allow the centre to resume its season.

“It’s just devastating when you have restrictions like that and they don’t tell us for how long.”

The lack of a clear timeline for how long the restrictions will be in place before health officials reassess has also been troubling for Kim Kearns, the founder of the Ice Dawgs Hockey Club, which trains about 200 children from ages three to nine.

“I’m just kind of in a holding pattern,” she said after deciding to pause classes for at least a month to see if the rules ease up by then.

“Although I trust the public health unit, I feel like they didn’t give us a chance. All the organizations have jumped through all the hoops, we’ve followed all the protocols and we’ve gotten all the right approvals. Now we’re two weeks [into our season] and we’re backtracking.”

Kearns said she simply cant afford to put nine skaters and a coach on a third of the ice surface, especially after modifying her business to meet the provincial guidelines where she was able to have 25 players, all while maintaining physical distance.

“The kids needed this. Every player left the rink with big, rosy cheeks, great big smiles. They got to see their friends again, they were seeing their teammates, they were learning, so it’s a shame,” she added.

For parent Annie Parada the pause of the season at Ice Dawgs due to the restrictions came as a shock.

“We were very excited to start again and the fact that they found ways to follow the rules and now these new restrictions … it’s sad.”

She said it was tough having to break the news to her 9-year-old son, Adrian.

“My son is eager and always looking forward to get there and train, so I feel like this will take a toll on him and his motivation,” she said.

“My fear is that he’ll get comfortable in staying at home and watching TV and playing video games, which would make him sedentary.”

Like players, business owners and other parents, Parada is hoping to hear modifications will allow her son to get back on the ice.

“It would be great if they could make adjustments, to the best of their abilities, to accommodate the kids and help us out.”

Dr. Mackie said he’s received lots of feedback from the community on the toll of the new rules. These conversations have also alerted him of the fact that some organizations have not been following the provincial rules already set in place for recreational facilities.

The health unit will be holding a virtual town hall for sport, recreation and fitness facility stakeholders on Friday at 2:30 p.m.