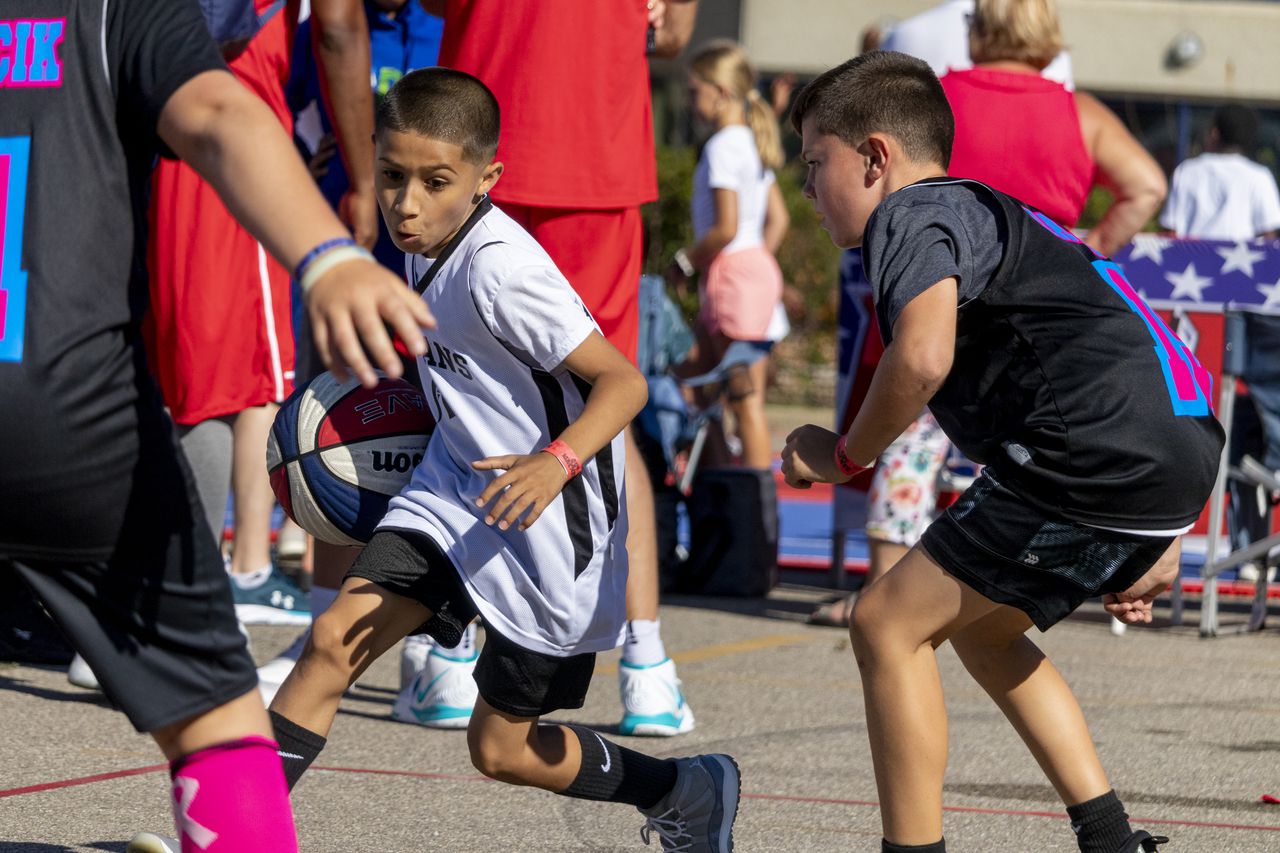 Flint, MI — Hoopers and ballers from throughout Michigan crowded into the Flat Lot in downtown Flint this weekend for the return of the Gus Macker 3-on-3 basketball tournament.

This was the second year since the tournament returned to Flint. Coordinator Linnell Jones-McKenney brought the tournament back in 2021 after a 20-year hiatus.

Funds raised in the tournament go to the Sylvester Broome Empowerment Village, a youth program center in Flint. The center has been raising funds to build a new indoor sports complex that would be used for basketball, football, soccer, robotics and other programs.

“We like curating these types of events to bring the community together and uplift the youth,” said Maryum Rasool, executive director of Sylvester Broome Empowerment Village.

The new building would go behind their current building at 4119 N. Saginaw St. According to Rasool, the center has almost made their goal of raising $10 million for the upgrade.

In Gus Macker tournaments, teams of three play against each other on half-court sized courts. Games last for 25 minutes or until a team reaches 15 points. Unlike regular games of basketball, baskets are scored at one point and baskets past the line are scored at two points.

Outside of tournament games, the event also held a 3-point shooting and a dunking contests.

The tournament provides a space for Flint youth to play against teams from out of town. The Flint Flames, an Amateur Athletic Union basketball team based in Flint, brought two teams to the event.

“It’s exciting because their family and friends that never see them play get to come out and see them play here,” said Bruce Poindexter, coach of the Flint Flames.

First aid at the event was delivered by Hurley Medical Center and Michigan United. COVID-19 Pfizer and Moderna vaccines were distributed at the event by Hamilton Community Health Network.

“It’s more than just a game of basketball,” Jones-McKenney said. “It’s about letting our young people be involved and be exposed to something great.”