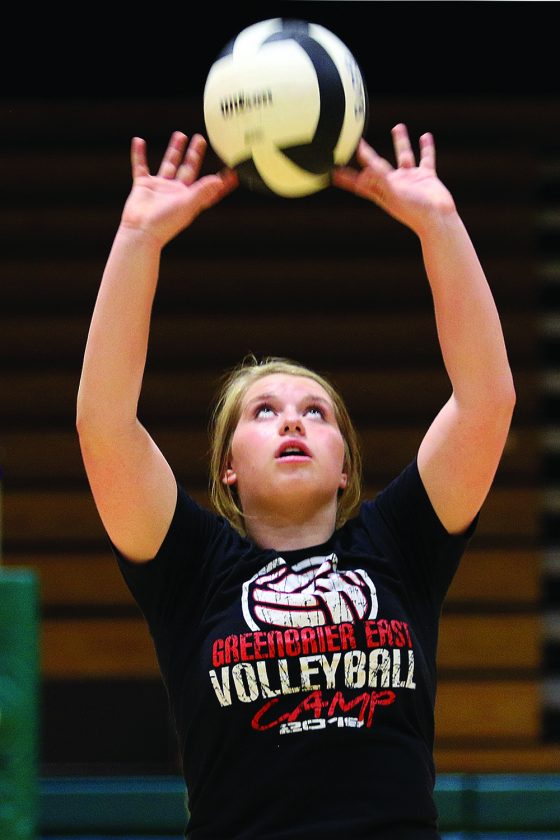 PARKERSBURG — The talent level in Class AAA was anything but lacking.

“Her serve is what everybody looks at and rightfully so. She’s led the state in aces all four years,” said Sauvage, whose squad had a near three-week coronavirus layoff prior to the postseason and then lost for the first time in four attempts versus Woodrow Wilson in the sectional final before being eliminated in the regional by state runner-up George Washington.

“Before that we were playing lights out, probably the best I’ve ever seen a team of mine play,” Sauvage added. “I hated it for the girls. They had a chance to make a run this year.

“As good as Chylyn’s serve is, she’s a better volleyball player when it comes to setting. Her passing, the knowledge of the game and reading hitters, that side is what impresses me. There’s not a ball she can’t set. She’s tough. It’s been an absolute blast to coach her the last four years. That’s for sure.”

Wallin, the lone Mountain State player to earn all-region All-American honors by Under Armour, has a full ride to Robert Morris and prior to the postseason she had 41 aces, 190 assists, 106 kills with a .243 efficiency as well as 69 digs.

Like Hefner, Umpleby also led the Big Reds to the state tournament, but PHS was unable to compete. Umpleby, who will play at Alderson Broaddus, hit .249 and had 317 kills, 17 blocks, 42 aces and 177 digs.

Entering the state tournament, Hefner already was the Indians’ all-time leader in digs and downed spikes. She had 389 kills, 330 digs, 65 aces, 37 assists and five blocks.