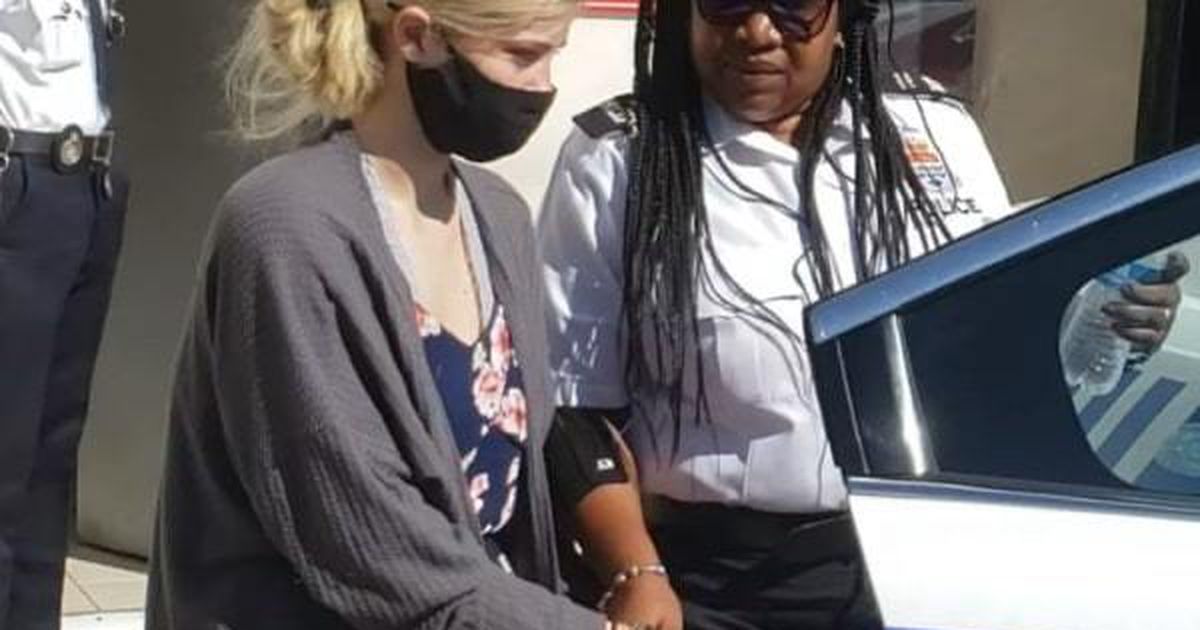 The Cayman Islands, a British territory in the Caribbean south of Cuba, are a popular destination for vacationing Americans because of the pristine waters, lavish beach resorts, and aquatic activities such as scuba diving, snorkeling and deep-sea fishing.

Caymanian guidelines required her to quarantine-in-residence for a minimum of 14 days, according to the country’s Director of Public Prosecutions Patrick Moran.

Instead, she went out after only two days and removed a location tracking device from her wrist in order to attend a water sports competition for Ramgeet, who is a professional jet ski racer.

Local police arrested Mack and Ramgeet at the event after observing the couple mingling among the crowd for more than seven hours without masks or social distancing, according to the island newspaper The Cayman Compass, and later confirmed in a report by People Magazine.

Ramgeet was subsequently charged with aiding and abetting Mack and both were ordered to spend 14 days in a government quarantine facility, from which they were released Tuesday to begin their jail time.

In addition to the jail sentence, Ramgeet — who won the jet ski event — was ordered to return the trophy and cash prize and will be banned from competing in several races planned for early 2021.

Authorities also required him to write a formal apology to the Cayman Islands Watercraft Association.

“These offenses should have been met with far more stringent measures,” Moran argued before the Grand Court on December 14, according to reports. “When it comes to a matter of deterrence, the sentences imposed are likely to have little to no effect on other like-minded individuals.”

Mack, who is reportedly a medical student, issued a formal public apology on Dec. 13 through her lawyer.

“I am aware that the Cayman Islands Government has done nothing but dedicate extreme caution to combat the spread of COVID-19, for this the country and its citizens can be extremely proud; I made a mistake, and words cannot express how sorry I am for this… I was afforded the opportunity to enter the islands during these trying times and I abused it. I am humbly asking for the forgiveness of the community.”

Ramgeet also issued a statement saying, “I should have known better than to put our community at risk as I did. I made a decision without thinking about the long-term effects it would have on our community; words cannot express how truly sorry I am for the anxiety, frustration, and inconvenience that you all have experienced.”

A statement issued by Moran, the prosecutor, said anyone found guilty of breaching the island’s quarantine measures would be subject to prosecution, imprisonment and penalties of up to $12,195.

“Since the start of the COVID-19 crisis in early 2020, the Cayman Islands Government has prioritized the safety of its residents and their protection from the global COVID-19 pandemic,” the prosecutor’s office said in a statement. “To accomplish this goal the Government employed stringent isolation and social distancing policies.”