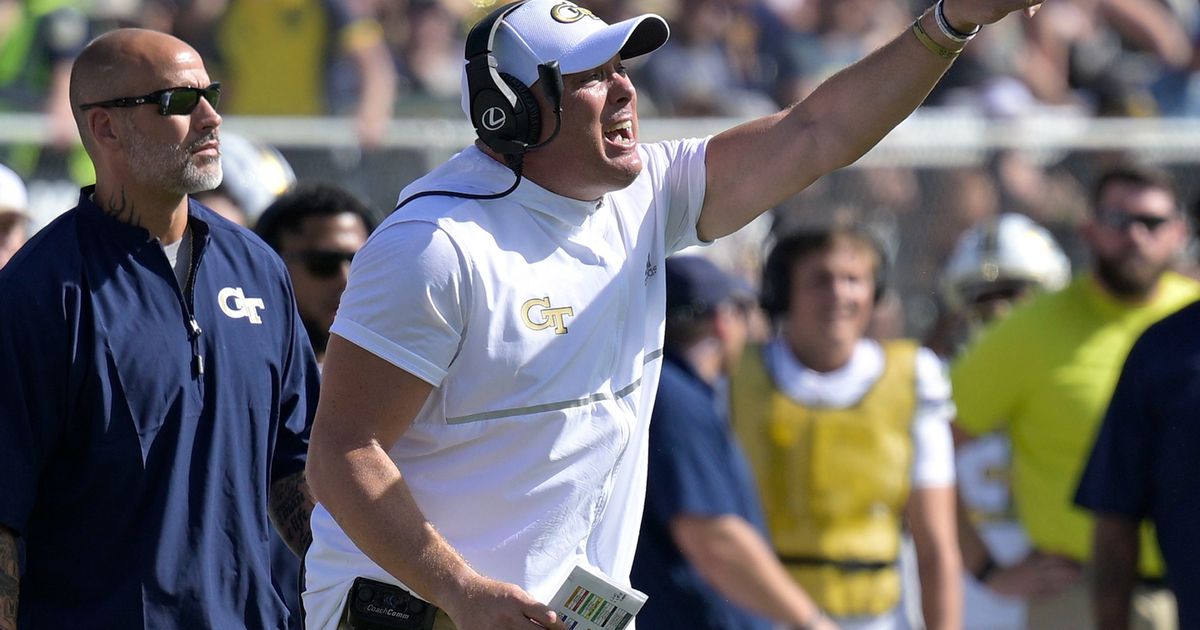 After three consecutive three-win seasons, Stansbury set a mandate for Collins to demonstrate progress and earn more wins in his fourth season. The loss to the Rebels, who outgained the Jackets 547-214, made the case for progress exceedingly difficult to make. Saturday’s 27-10 loss at Central Florida may have proved the final blow.

The Jackets continued to make mental errors and failed to execute, a challenge that they had often failed to meet in Collins’ first three seasons. Almost unbelievably, Tech allowed four blocked punts in the first four games, all of which led to touchdowns. Ruinously for Collins, he oversaw the punt unit and was not able to fix the issue. His tenure at Tech finishes with a 10-28 record, a .263 winning percentage that is the lowest of all-time among the 13 full-time coaches at Tech.

For Stansbury, hired in 2016 from Oregon State to run his alma mater’s athletic department, it was his aligning himself with Collins, whom he hired in December 2018 from Temple to succeed Paul Johnson, that has put his job in peril.

Collins pitched to Stansbury a plan to lead the Jackets into college football’s elite with a priority on branding and culture, the former to attract top recruits to Tech and the latter to keep them there. The vision, as well as Collins’ professed love for Tech, having been born and raised in metro Atlanta and worked for former coaches George O’Leary and Chan Gailey, won Stansbury over. Stansbury gave him a seven-year contract, a deal of unusual length that he said was necessary to attract a coach given the transformation that would be necessary in succeeding Johnson and his option offense. On top of that, the contract had terms favorable for Collins in the event of a firing. Collins is contractually due the full amount remaining on his final three years, $10.5 million. Both the length of the deal and the buyout also raised questions among supporters, particularly as the Jackets’ losses mounted.

The two remained allied even as the Jackets struggled through three consecutive three-win seasons. Near the end of the 2021 season, with calls for Collins’ job growing louder, Stansbury made the questioned move of standing by Collins, not only confirming that he would return for the 2022 season but taking the extra step of calling him “my guy.”

Stansbury’s decision to ride with Collins and make further investments in the team at a time when the athletic department’s finances were (and continue to be) tight convinced major donors that should Collins not break through in his fourth season, Stansbury should not be granted the privilege of hiring Collins’ replacement, a message that undoubtedly has reached Cabrera’s ears.

The potential for the Tech football coach and athletic director to be out on the same day with more than half the season remaining is highly unusual territory for Tech, whose supporters pride themselves on the school taking a more measured approach to athletics and football in particular than its more moneyed and frenzied neighbors.

Of the four full-time head coaches to be dismissed before Collins, only one firing took place before the end of the season (Bill Lewis, 1994), and that was with three games left to play. Were Stansbury also to be forced to exit, he would become the first Tech AD to leave the post not of his own accord.

It is perhaps a reflection on changes in the college sports industry, where midseason firings have become more common, and also the frustration that Collins’ shortcomings had created. In his 38-game tenure, the Jackets lost six games by 40 points or more. Tech’s previous six were spread out over a span of 42 seasons.

Should Stansbury be dismissed, and even if he isn’t, significant change is ahead for Tech. A new head coach likely means new assistant coaches, new support staff and a new direction for the team. Stansbury or a new AD will have to attract a new coach at a time when resources are thin and the team might be the weakest in the ACC.

And should Stansbury also exit, that could mean even greater upheaval within the department.

Being relieved of his duty would undoubtedly be a difficult setback for Stansbury, who worked his career with the dream of one day leading the Tech athletic department and continuing the legacy of his mentor Homer Rice.

For Tech and its supporters, it could be just one of many complications and challenges ahead in coming weeks, months and years.