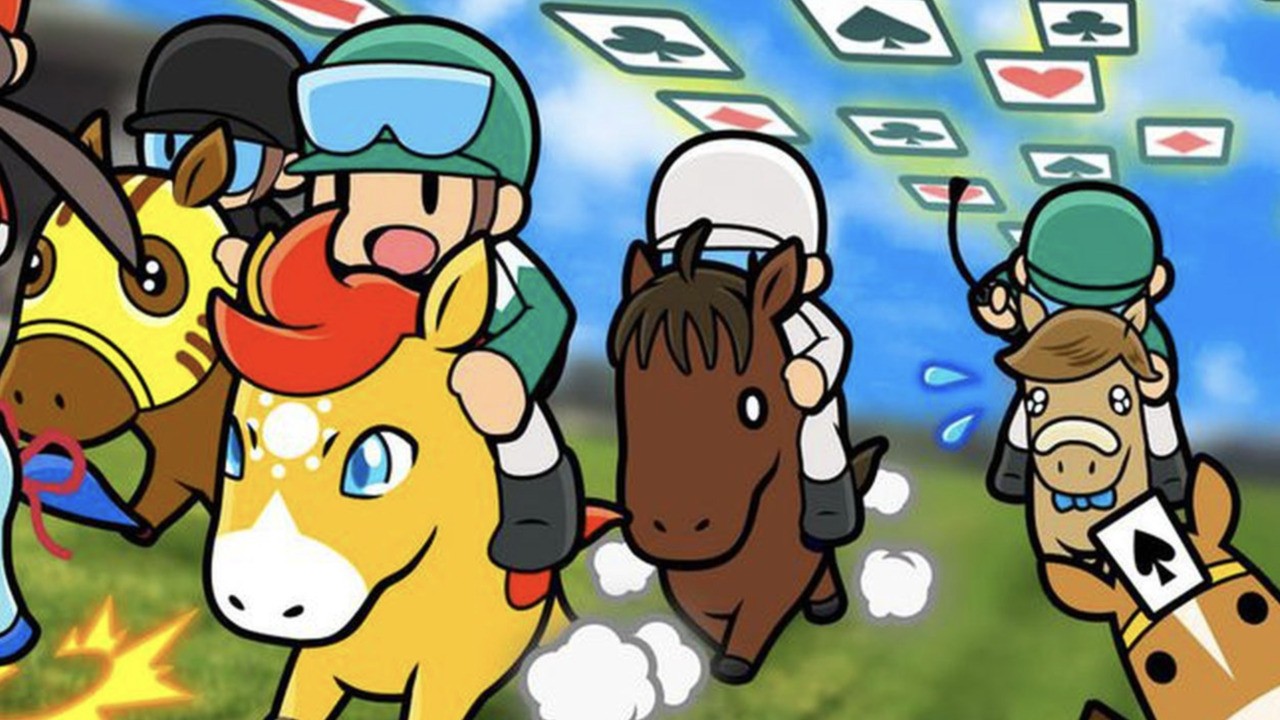 At the start of December 2022, we reported that a trademark for ‘Pocket Card Jockey: Ride On!‘ had been filed by Game Freak. At the time, we weren’t quite sure what this would be in reference to, but now we have our answer (thanks, VGC).

Launching on January 20th, the game will effectively be the same as the original 3DS title, albeit with revamped visuals and no dual screen support. Nevertheless, we’ve no doubt that it will be a ruddy good game, as we gave the original a solid 7/10 in our review.

Here’s a look at the game’s official description:

Saddle up for this unique solitaire and horse-racing hybrid from Game Freak, creators of the Pokémon franchise! Pocket Card Jockey originally released to great acclaim on the Nintendo 3DS, and while the basic rules are the same, the racing segments have been reborn in glorious 3-D!

Focus your mind and clear cards with subsequent numbers in quick succession. The more cards you clear, the better your horse’s mood will be—which helps them charge energy during races!

Your position on the track determines the difficulty of your solitaire rounds. There are also special cards that can be picked up if you run over them while racing. These cards provide a variety of benefits, including leveling up your horse, learning new skills, or improving your performance in a race. Be careful though, because running too much on the outside of the track will cause your horse to lose precious stamina!

If your steed has charged tons of energy and has plenty of stamina left in the tank, they’ll sprint their heart out once you enter the homestretch. Make sure not to run into other horses as you aim for first place!

Take the beloved steeds you’ve grown on the racetrack and pair them up on the farm. The foal they produce will inherit their abilities and become your new partner on the racecourse! Breed generation after generation of racehorses in your quest to conquer all the biggest, most prestigious races in the world!

Here’s hoping Game Freak will see fit to release Pocket Card Jockey: Ride On! on the Switch at some point!

What do you make of this release on Apple Arcade? Are you happy to see Pocket Card Jockey see a new lease of life, or would you rather it show up on the Switch? Let us know!