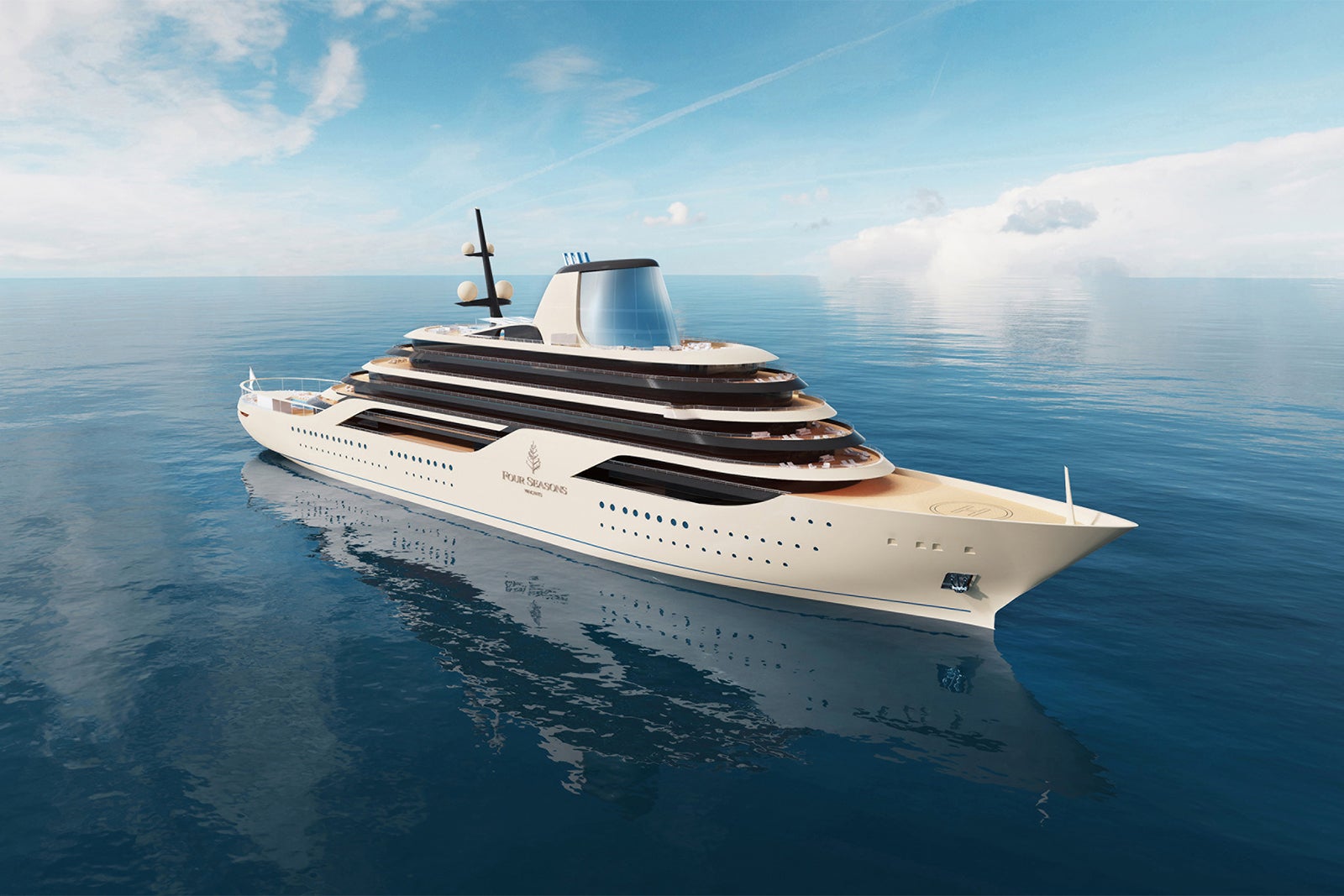 Ritz-Carlton plans to debut its first yacht this fall, and on Wednesday, Sept. 28, Four Seasons announced its newest project, Four Seasons Yachts, which is expected to deliver its first vessel by the end of 2025.

“Four Seasons Yachts represents the next chapter of our long history of industry-leading innovation, and a milestone moment for our company as we continue to capitalize on new opportunities to extend the world of Four Seasons,” said Christian Clerc, president of Four Seasons Hotels and Resorts, in a company statement.

This isn’t the first time the brand has expanded beyond hotels. It already offers the Four Seasons Private Jet Experience, as well as a yacht that offers three- to seven-night cruises from and between the brand’s two properties in the Maldives.

Four Seasons is collaborating with established cruise industry partners to give this new venture every chance for success.

The ships will be designed by Tillberg Design of Sweden (responsible for the ultra-lavish Regent Suite on Seven Seas Splendor) and Martin Brudnizki Design Studio.

They will be built by established Italian shipbuilders Fincantieri, operated by Marc-Henry Cruise Holdings (co-led by luxury entrepreneurs Nadim Ashi and Philip Levine) and helmed by Larry Pimentel (a veteran in the luxury cruise marketplace who has led such lines as Azamara, Seabourn and SeaDream Yacht Club).

The first ship, currently dubbed Four Seasons Yacht, will debut at the end of 2025, and Four Seasons has options for two more vessels.

The showstopper will be the Funnel Suite, a four-level, 9,601-square-foot suite with a private pool and spa that could give Regent Seven Seas Cruises’ Regent Suite (voted the most spectacular suite by TPG) a run for its money.

Other luxurious touches will include a 1 to 1 guest-to-staff ratio; a spa and salon, complete with wellness programming; a large pool deck that can double as a special event space and alfresco movie theater; and bars and restaurants that will stay true to Four Seasons’ history of culinary innovation.

The yacht will also boast what Four Seasons calls an “industry-first transverse marina,” running port to starboard, where passengers can enjoy water sports and toys or sunbathe from the ship.

“We are creating something extraordinary that combines their expertise with what Four Seasons does best — delivering unmatched quality and excellence, surrounded by beautiful acts of service and love for our guests,” said Clerc.

Yachting and hotel fans are likely wondering how the new Four Seasons Yacht will compare to the much-anticipated Evrima, the first yacht on offer from the Ritz-Carlton Yacht Collection.

That company has also partnered with Tillberg Design to imagine its suites, but the smallest start at 367 square feet (including interior and balcony space) and the largest caps out at 1,091 square feet with a 635-square-foot balcony. Evrima will carry 298 passengers, compared with Four Seasons’ 190 guests. It will also have a full-service spa and fitness center and an aft marina for complimentary water activities.

Unlike Four Seasons, which has partnered with renowned shipyard Fincantieri to build the ship, Ritz-Carlton initially contracted with Hijos de J. Barreras, a shipyard in Vigo, Spain, not known for building cruise ships. Due to problems with that facility and increasing delays, the yacht was moved to the Astander shipyard, also in Spain, for completion.

Evrima’s next two sister ships will be built by Chantiers de l’Atlantique in St. Nazaire, France, a shipyard with experience building cruise ships. Evrima is currently 33 months behind schedule.

Expect Four Seasons to reveal more details of its new project in the coming months as design plans are finished and building begins. The brand seems confident that its foray into yachting will turn heads and change the industry.

“We are creating a new category of luxury lifestyle travel that appeals to discerning guests. We are bringing together the very best across industries to create the pinnacle yachting offering through world-class design, curated experiences and truly exceptional service,” said Pimentel. “When we launch in 2025, there will be nothing else like it on the open seas.”

For our part, we can’t wait to learn more.

Planning a cruise? Start with these stories: