First successful parachute descent was made on this day in 1797; all you need to know 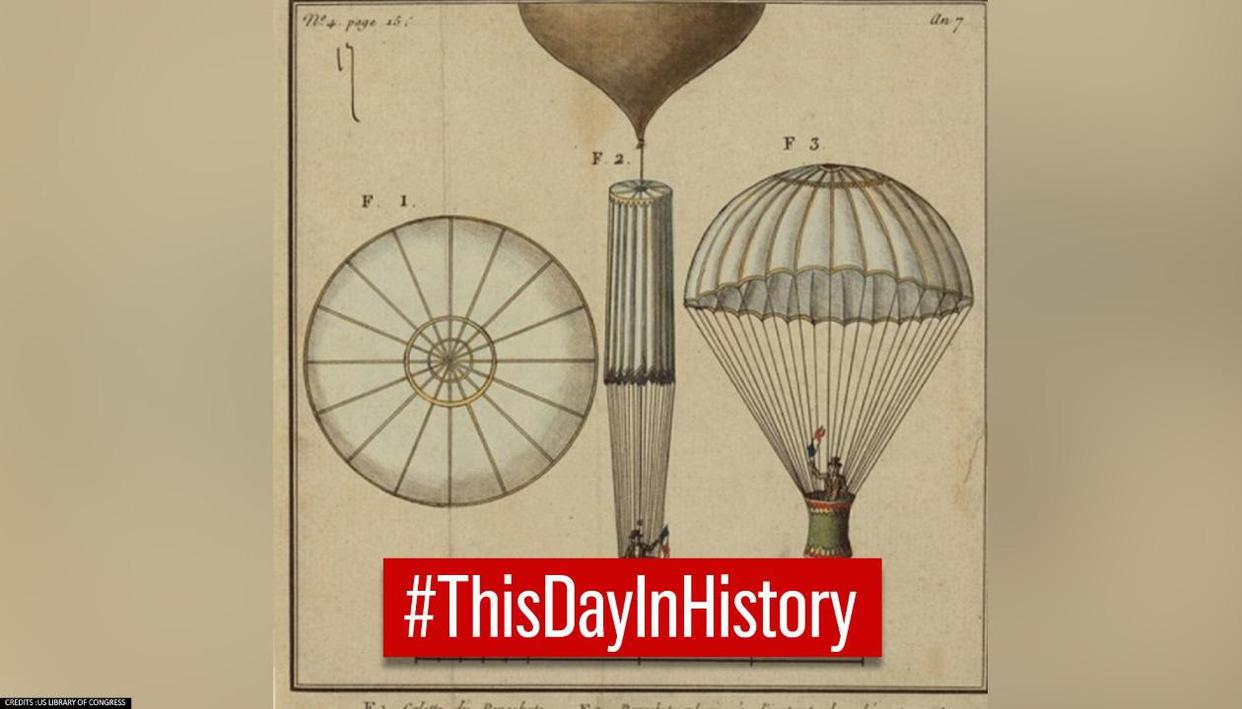 On this day in history, October 22, 1797, the first-ever parachute landing was made by André-Jacques Garnerin from a hydrogen balloon 3,200 feet above Paris. The frameless parachute was inspired by Frenchman Louis and Sebastien Lenormand 1783 umbrellas that they used to jump from a tree. However,  André-Jacques Garnerin became the first known balloonist who made the historical landing from the test parachute, landing safely on the ground from a high altitude.

In what is called the modern world’s first parachute that transformed the varied possibility of aviation, pioneering balloonist André-Jacques Garnerin attached a framework of a parachute to a hydrogen balloon. The structure of the parachute was quite different from the present day make of a parachute but bore striking similarities at that time.

Instead of Nylon mattress ad harness attached equipment, the balloonist designed a 7m-wide parachute-like umbrella that was embedded in the silky envelope. According to a release by the World Air Sports Federation, Garnerin attached a basket to his parachute design, “similar to ballooning baskets of today” which is suspended from a hot air balloon. “ He rose to an altitude of 3,000ft above the ground hanging below the balloon in his wicker basket, the parachute folded like an umbrella above him,” the Federation informed.

22 October 1797. Frenchman Andre-Jacques Garnerin made the first parachute jump from a basket below a hot air balloon at 3,000 feet above Parc Monceau in Paris. He survived a harsh landing. The frameless parachute he used was seven metres across and was his own invention. pic.twitter.com/0RJkCt7Lsk

Meanwhile, at a height, the parachute could carry his weight as he was held in position with a network of complicated cords. As he attempted to land, the parachute’s canopy opened and he slowly descended to the ground, although he experienced a severe pendulum effect. As per the Air Federation, the pendulum effect was “caused by air spilling out from beneath it in an uncontrolled way, and his landing was heavy.” After he made a historic touchdown, the parachute took nearly 100 years to be used in sports and other significant purposes. 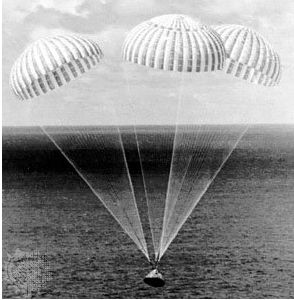 Courtesy of the National Aeronautics and Space Administration

Gernerin had designed several hot air balloons on independent projects and had implemented many ideas for the successful use of balloons in aviation.  He was appointed as Official Aeronaut of France. However, the concept of flying on a ballon had occurred to him while he was a prisoner in a Hungarian cell and he imagined escaping around the era of the Frech revolution with the assistance of a flying balloon, which he later executed as ‘Parachute’. He made the first triumphant parachute descent in Parc Monceau, Paris on October 22, 1797.

Read: Carrie Underwood Now Has Most Number Of Wins In CMT Awards’ History