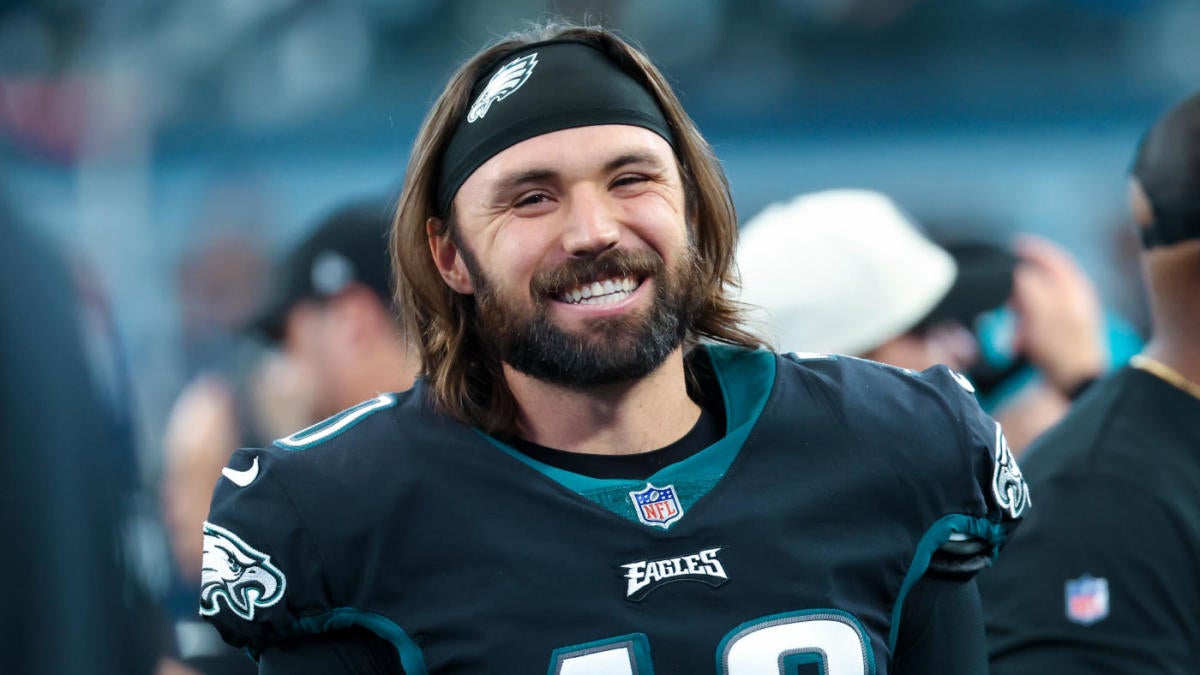 This time last week, I pretty much knew my fate in my Fantasy playoff matchup, so I didn’t have much to sweat on Monday Night Football. I do not have that luxury this week, and I have two of Week 16’s biggest underperformers to thank for it.

DeAndre Hopkins’ struggles were at least somewhat predictable with the Cardinals down to third-string QB Trace McSorley. Of course, I expected more than one catch for 4 yards, but Hopkins was definitely one of the big-name players you could see struggling this week. But the Broncos defense? This might go down as one of the most unexpected results of the season, as the Rams — the Rams — with Baker Mayfield — with Baker Mayfield — dropped 51 points on them, with only one DST touchdown to help. The Broncos couldn’t even manage a single sack or turnover!

I needed 7.7 points from Hopkins, the Broncos DST, and Mike Williams to move onto the championship in my longest running league, and now I need 5.9 points from Williams tonight. Doable, certainly, but it should never have been this close. I look around my leagues and I see similar results — one team fighting for their lives because they got 15 yards from Davante Adams; another likely out because they got 3.3 PPR points from Rhamondre Stevenson.

Call them Black Swan events, or extreme variance, or just plain bad luck, but it’s a reminder that, for all the research we do, so much of this game comes down to who the Fantasy Gods are smiling on that week, and that gets magnified in the one-and-done playoffs. That kind of variance drives some players crazy, but it’s the game we play.

Maybe we can learn something from even the unlikeliest events. That’s what today’s newsletter will try to do. Tomorrow, we’ll have our first look at the Week 17 rankings for the lucky few of you moving on, along with Jamey Eisenberg’s breakdown of the top waiver-wire options, and we’ll have our usual preview content all week long to help you take home a championship. For now, here’s one last look back at Week 16’s results:

Thankfully, among the many, many things that went wrong this week, injuries weren’t really one of them. In fact, we might have escaped Week 16 without any serious injuries to Fantasy-relevant players. At least, that’s how it looks coming out of Sunday — we’ll surely learn about some injuries in the coming days. But here’s what you need to know about right now:

Expectations were pretty high for Minshew in his first start, and I think it’s fair to say he at least lived up to them. Yes, he had two interceptions, but neither was really his fault – both were pretty much on target and Quez Watkins just had the ball taken from him. Otherwise, Minshew was pretty excellent, with 355 yards on 40 pass attempts, two touchdowns, and a rushing touchdown for good measure. And he did that against a Cowboys defense that still has a lot of talent and a wicked pass rush, even if they aren’t quite as formidable right now as they were early in the season. Jalen Hurts is going to push to play in Week 17 against the Saints, but if he doesn’t, Minshew is probably going to rank as a top-12 QB yet again – and he’s going to be a fascinating free agency case this offseason.

Kittle went off for his second multi-touchdown game in a row, continuing a pretty auspicious trend over the past three seasons where he looks like an elite tight end with Deebo Samuel inactive and a pretty replaceable one when Samuel plays. Dating back to the start of 2020, Kittle is averaging 12.8 PPR points per game when Samuel is active, compared to 17.1 when he’s out. One thing to keep in mind there, however, is that Kittle’s usage remains pretty steady – 6.52 targets per game when Samuel plays, 6.43  when he doesn’t. He’s just much more efficient with those targets. I’m not sure how much to take away from that, given the small sample sizes at play, but I don’t think there’s any way you can go away from Kittle in Week 17 against the Raiders.

Maybe we wrote Akers off too early. He had 100 total yards last week and then easily bested that Sunday rushing for 118 yards on 23 carries, the second-best game of his career – third-best if you count the playoffs. You can’t count on three touchdowns again, but the rushing production was impressive enough on its own – and he chipped in a decent 29 yards through the air, too. Akers has looked much more explosive than he did early in the season, and while I think it’s unlikely he ever lives up to the superstar expectations many had on him before his Achilles injury, he’s playing himself into RB2 consideration for Week 17 – and possibly giving the Rams reason to not invest much in the position this offseason.

Another player who is likely playing his way up draft boards next season, Dotson is showing there might be some upside even playing alongside Terry McLaurin long term in Washington. For Week 17, there’s some uncertainty with the Commanders QB situation – Taylor Heinicke got benched for Carson Wentz late Saturday – that makes it tough to know how to approach this passing game. However, with 235 yards and three touchdowns on 24 targets over the past three games, Dotson has to be in consideration for your championship lineup. And I’m expecting to see him in the top-100 in ADP next season, perhaps inside the top-70 if the Commanders find a real QB upgrade. The 22-year-old first-round pick has seven touchdowns in just 10 games, and it’s fun to consider what he might have done if he hadn’t missed time with a hamstring injury.

We might as well stick with the theme here, as Hockenson is going to be a fascinating player to figure out how to value this offseason. The volume since getting to Minnesota has been incredible – he has 73 targets in eight games, including 16 en route to 13 catches, 109 yards and two touchdowns Saturday. Typically, receivers joining teams mid-season struggle to get involved, and Hockenson has been pretty inefficient, averaging just 6.1 yards per target, which would be the worst mark of his career. The fact that Hockenson is earning so many targets is unquestionably a good thing, but would he be doing that if Minnesota had a more reliable second option besides an aging Adam Thielen and a perhaps-overmatched KJ Osborn? Will they keep funneling so many inefficient targets to Hockenson if they add a more explosive No. 2 WR alongside Justin Jefferson? The good news is, those are questions for the offseason – for Week 17, Hockenson has to be viewed as a must-start Fantasy option against the Packers.

Jones clearly isn’t healthy – he dealt with a shin injury a few weeks ago, was listed on the practice report with a knee issue this week, and suffered an ankle injury early on in this one and was spotted on the sideline getting stretched out. So, that helps explain the snap disparity between him and AJ Dillon Sunday – Dillon played 37 snaps while Jones played just 24. However, Jones was healthy enough to play but still ceded significant snaps to Dillon, something we saw before Dillon entered the concussion protocol in Week 15 too – they split snaps evenly last Monday before the fourth quarter. What’s frustrating about that is Jones has pretty clearly been the better player this season. Maybe last week’s usage pattern was also a reflection of Jones being at less than 100% health, but if you survived Jones’ dud to get to the championship game next week, it’s going to be awfully tough to trust him against the Vikings. He’ll probably rank as more like a low-end RB2, and I may have Dillon ahead of him.

I was worried about what Trace McSorley might mean for the Cardinals offense, but Sunday was a worst-case scenario for Hopkins. The problem wasn’t a lack of opportunity, as Hopkins did end up with 10 targets, a total you’ll take every time. The problem was, McSorley was pretty hopeless as a passer, completing just one of those 10 passes intended for Hopkins, for just 4 yards. McSorley was just 5 for 16 on passes more than 10 air yards down the field, including 0 for 7 when targeting Hopkins. That’s a disastrous showing, but perhaps not unexpected from a third-string QB on a bad team. Just about the only thing McSorley could do was complete short passes to Greg Dortch — which, of course, raises the question of why the Cardinals didn’t try to get Hopkins more involved in the screen and quick game. The problem is, McSorley very well may start again in Week 17 against the Falcons, and it would be pretty much impossible to trust Hopkins as anything more than a boom-or-bust WR3 if you survived this dud.

One of the most pleasant surprises in the league this season, Smith stumbled at the worst possible time in Week 16. Smith was pretty much a consensus top-12 QB for the game against the Chiefs, and the set up we were hoping for came to fruition, as he threw 40 times, his third-highest total of the season. However, he struggled with efficiency, especially (and predictably) when he has targeted anyone but DK Metcalf – he completed 18 of 31 passes for just 134 yards (4.3 Y/A) to everyone but Metcalf. Tyler Lockett is a big part of what the Seahawks do in the passing game, proving both a reliable short- and intermediate-area target as well as one of the better deep-ball receivers in the league. He may be back in Week 17 against, but if he’s not, Smith will be very hard to trust against a very good Jets defense.

Saturday’s game was a good example of why I was pretty wary of trusting Dobbins — and it echoes much of what I said last week about running backs who don’t catch the ball. The problem is, this Ravens offense just isn’t very good without Lamar Jackson, and Dobbins pretty much needs to find the end zone to be a good Fantasy starter. He had 12 carries, which is a low number, but not some kind of outlier total – he had 13 and 15 the previous two weeks, and an extra couple of carries probably wouldn’t have made the difference here. The problem is, he’s a time-share running back with no passing game role, so he needed to find the end zone to have upside, and he didn’t. Maybe Jackson will be back to give the Ravens a boost next week, but the fundamental math on Dobbins won’t really change – he’s a TD-or-bust RB3.

White salvaged his game with a late touchdown, but you were pretty lucky to get that, given how lopsided the split between him and Leonard Fournette was Sunday. White had seven carries and four targets, while Fournette got 20 and 10, the biggest disparity we’ve seen between the two since Week 5. The game plan wasn’t necessarily as lopsided as that (or the 47-28 snap split in favor of Fournette) might suggest, as the two seemed to largely swap drives, with White actually getting the first drive. However, the Buccaneers offense was just a lot more effective with Fournette in, leading to sustained drives and more opportunities. That suggests that, moving forward it might be closer to a 50-50 split – assuming, you know, that offensive success with Fournette doesn’t lead to a change in that split. However, what Sunday suggests to me, at the very least, is that our hopes of White ever running away with this job are dead. At least for this season.