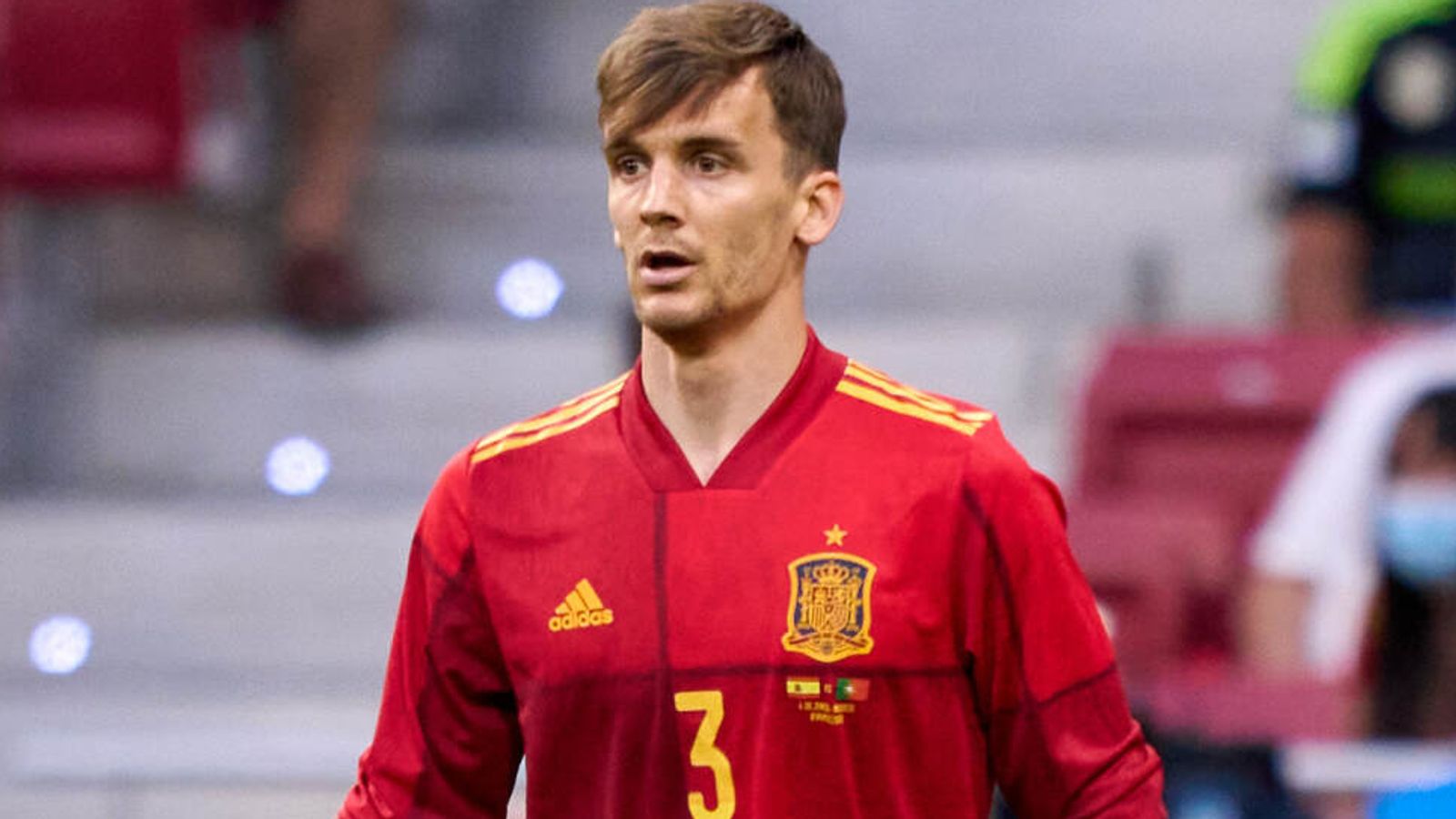 Spain’s Euro 2020 preparations have been plunged into further difficulty after a second player tested positive for Covid-19, with all group training already suspended.

The Spanish FA (RFEF) said Diego Llorente returned a positive test on Tuesday and was put into isolation, two days after captain Sergio Busquets had to leave the team’s training camp after also contracting the virus.

No other player had tested positive, the RFEF said, with the remaining tests on Wednesday returned as negative – but all group training has been suspended and the 24 remaining members of Luis Enrique’s squad are all preparing individually for Monday’s opener with Sweden.

Llorente’s positive result was made public not long after Spain’s U21 squad beat Lithuania 4-0 on Tuesday in Madrid. The match was supposed to be played by the senior team as their final warm-up but instead featured 16 debutants, 11 of whom have now been called up to join a ‘parallel squad’ working in case they are needed to replace any further outbreaks.

Players who test positive must stay in isolation for at least 10 days, meaning both Busquets and Llorente will miss the opener against Sweden. It would also be unlikely they would be fit for Spain’s second match against Poland on June 19.

The team’s final Group E match will be against Slovakia on June 23, also in Seville.

What are the rules about replacing players?

Until Saturday night, Spain are permitted to change as many of their original 26-man squad as they deem necessary in case of serious injury or illness – which UEFA has already confirmed includes a positive Covid-19 test result.

With that in mind, Enrique and the Spanish FA have decided to have their ‘parallel squad’ – more than half the size of their original named team – come to join them at their base, in case their coronavirus outbreak becomes more widespread.

La Liga expert Semra Hunter told Sky Sports News the problems had understandably left Spain’s preparations for Monday’s game with Sweden on “tenterhooks”, without any possibility of 11-vs-11 training due to their precautionary measures.

She said: “It’s a big concern. A few days ago when Busquests tested positive, the president of the Spanish FA said the viral load was quite low, so he hoped there wouldn’t be any more cases. But that hasn’t proved to be true, Diego Llorente has been confirmed, he’s now in self-isolation, so there is a concern there may be more positives.

“There is concern Spain’s preparations are on tenterhooks, the senior side is in isolation, all of the players are training individually, there is no group training – all of their friendlies have been cancelled.

“To be considered a full-blown breakout, it has to be three or more players, but we have to wait and see whether more positives will be confirmed.

“It certainly is an issue for Spain at this moment, five days away from their first game against Sweden – who also have two positive cases.”

Spain’s sports minister Jose Manuel Rodriguez Uribes said on Tuesday the squad will get a Covid vaccine on Wednesday, telling radio station Cadena Ser: “We are making an exception because they represent us in a top-level competition.”

There has been some criticism for the delay in getting players vaccinated, contrary to what happened to the Spanish athletes competing at the Tokyo Olympics.

On the other hand, there has also been criticism for allowing the players to be vaccinated before other Spaniards who were in line for the coronavirus vaccine.

The RFEF will provide more details on when the squad would receive their jabs, which are set to be administered by Spain’s armed forces.

The Euros begin on Friday when Italy host Turkey in Rome.

Stand-in U21 side thrash Lithuania

In the absence of their senior side, Spain’s U21 players outclassed Lithuania to claim an impressive 4-0 friendly victory on Tuesday night.

Valencia defender Hugo Guillamon opened the scoring after three minutes, before Brahim Diaz doubled the lead on 24 minutes as Spain’s youngsters threatened to run riot – with Abel Ruiz missing a penalty on the half-hour.

Juan Miranda netted a free-kick eight minutes after the restart, before substitute Javi Puado sealed a comfortable victory on 73 minutes.

U21 coach Luis de la Fuente led the team and his squad – who lost in the semi-finals of their European Championship last Thursday – replaced the senior side so that the fixture could be fulfilled.

It was the youngest in Spain’s history with an average age of 22 years and 102 days, and they gave senior coach Luis Enrique food for thought should he require any replacements if there are multiple Covid-19 cases or injuries.