Behind the Mic provides a roundup of recent news regarding on-air talent, including new deals, departures, and assignments compiled from press releases and reports around the industry. In this week’s edition, ESPN outlines on-air talent for coverage of the National Hockey League, Jeff Gordon leaves Fox Sports, and more. 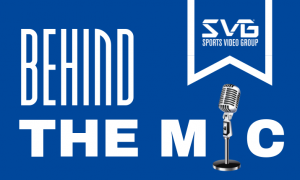 ESPN’s NHL commentator team will feature a roster of talented and diverse play-by-play announcers, analysts, and reporters as the Stanley Cup Final, Playoffs, and NHL regular season come to ABC, ESPN, ESPN+, and Hulu this fall.

ESPN’s play-by-play commentary will be led by the award-winning Sean McDonough, with Steve Levy leading the studio team and calling several games throughout the season. John Buccigross, Bob Wischusen, and Leah Hextall will also add their voices to play-by-play. The versatile Hextall was part of ESPN’s NCAA Division I Men’s Ice Hockey Championship and World Cup of Hockey coverage since 2016, and she will also serve as a reporter for some games throughout the season.

Hall of Fame sportscaster Linda Cohn will continue to host In the Crease, the signature nightly hockey program on ESPN+, during the NHL season, in addition to anchoring SportsCenter and contributing to NHL coverage and programming across platforms.

“This new and groundbreaking lineup will bring the NHL to an expanding legion of passionate fans,” says Jimmy Pitaro, Chairman of ESPN and Sports Content. “We set out to put together a roster that would excite, engage and educate the entire range of fans – from diehard to casual – while inspiring the next generation. With this lineup, we believe we have done just that. We could not be more excited to welcome this talented and diverse group to the ESPN hockey family.” (ESPN)

Accomplished NASCAR legend Jeff Gordon is stepping away from his on-air duties with Fox Sports to become co-owner of Hendrick Motorsports.

“Just like he did on the track, Jeff distinguished himself as an all-time winner on our Fox Sports team,” says Eric Shanks, CEO/Executive Producer, Fox Sports. “While we are sad to see him go, everyone at Fox Sports wishes Jeff nothing but continued success.”(Fox Sports)

Commentators Announced for Capital One’s The Match on TNT

In addition to live televised coverage, interactive social and digital content will be available on Bleacher Report and House of Highlights leading up to and during the event. (WarnerMedia)

Award-winning journalist and co-anchor of Today Savannah Guthrie will join NBC Olympics’ primetime host Mike Tirico to host the Opening Ceremony of the Games of the XXXII Olympiad in Tokyo.

From the Parade of Nations to the lighting of the Olympic cauldron, Guthrie and Tirico will guide viewers through the spectacle and pageantry that only occurs when the world comes together at the Olympic Games. NBC Olympics will provide unprecedented coverage of the Opening Ceremony on Friday, July 23, creating a full day of Olympic programming on NBC that culminates in what is always one of the most-watched nights in television with the primetime presentation of the Ceremony.

During the Tokyo Olympics, Guthrie will co-anchor Today, from the outdoor NBC Olympics set overlooking the iconic Rainbow Bridge. Previously, she anchored Today from the London, Sochi, and PyeongChang Olympics. (NBC Sports)