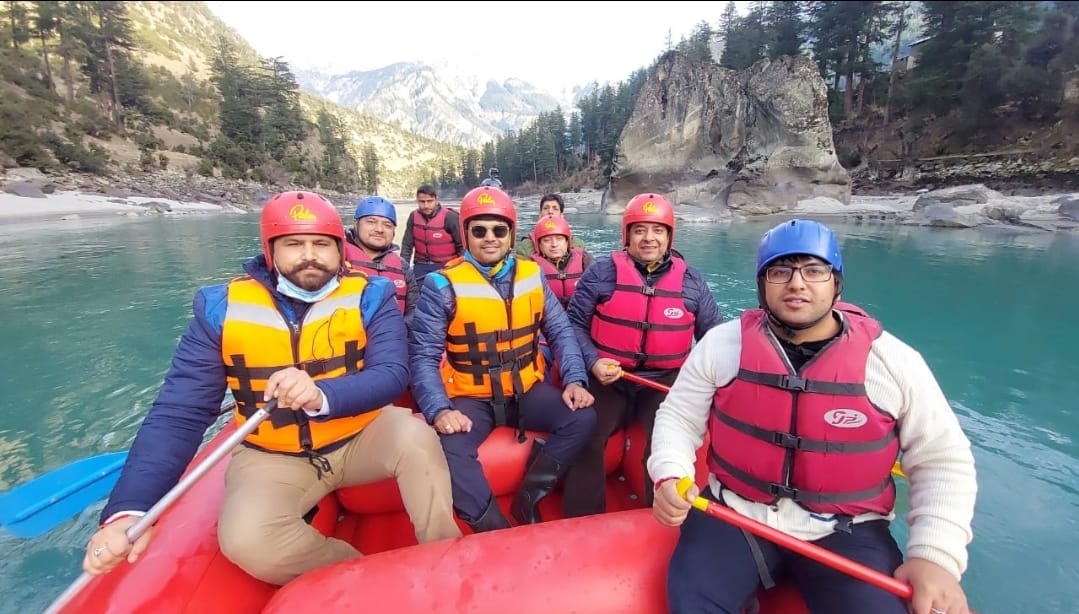 KISHTWAR, DECEMBER 17: The River Rafting being organised by the District Administration Kishtwar, in collaboration with Indian Army, here at Gulab Garh, Paddar witnessed the participation of a huge crowd of locals and government functionaries.
The event was also marked by the massive participation of water sports lovers, adventure tourists from across the district, who enjoyed and thrilled a lot during the second day.
About 200 participants took part in the rafting rally so far with all the safety measures placed in by the organiser.
Senior Officers, including Deputy Commissioner Kishtwar Dr Devansh Yadav along with CEO JaKeGA Abhishek Sharma; SDM Paddar, Dr Rishi Sharma; ACD Kishtwar, Atul Dutt Sharma; DPO Kishtwar Sunil Bhutyal, Tehsildar Paddar Satish Kumar Rana boarded the raft to experience the thrill in the chilly rapids of river Chenab from the Gulab Garh bridge to culmination point near Tatapani link – forming over 3KM stretch.
DDC Counselor, Hari Krishan Chouhan; BDO Paddar Anjil Singh; BDO Dachhan, Ravi Kumar besides other district officers, PRIs and locals Youth along with sports lovers from the District Kishtwar and UT J&K also participated in the raft rally with great enthusiasm and zeal.
The local participants extended gratitude to the district administration, especially DC and Indian Army for taking this initiative for youth engagement and appealed to organise such programs on regular intervals.
The locals of Paddar welcomed and appreciated the efforts put in to boost the tourism sector in the areas which can be instrumental in doubling the income of locals.
The DC said that the district administration was committed to tap the water sports and adventure tourism potential in the district.
He also urged youth to engage with such initiatives and earn their livelihood in a dignified manner. He further advised them to stay away from Drug menace and other social evils.