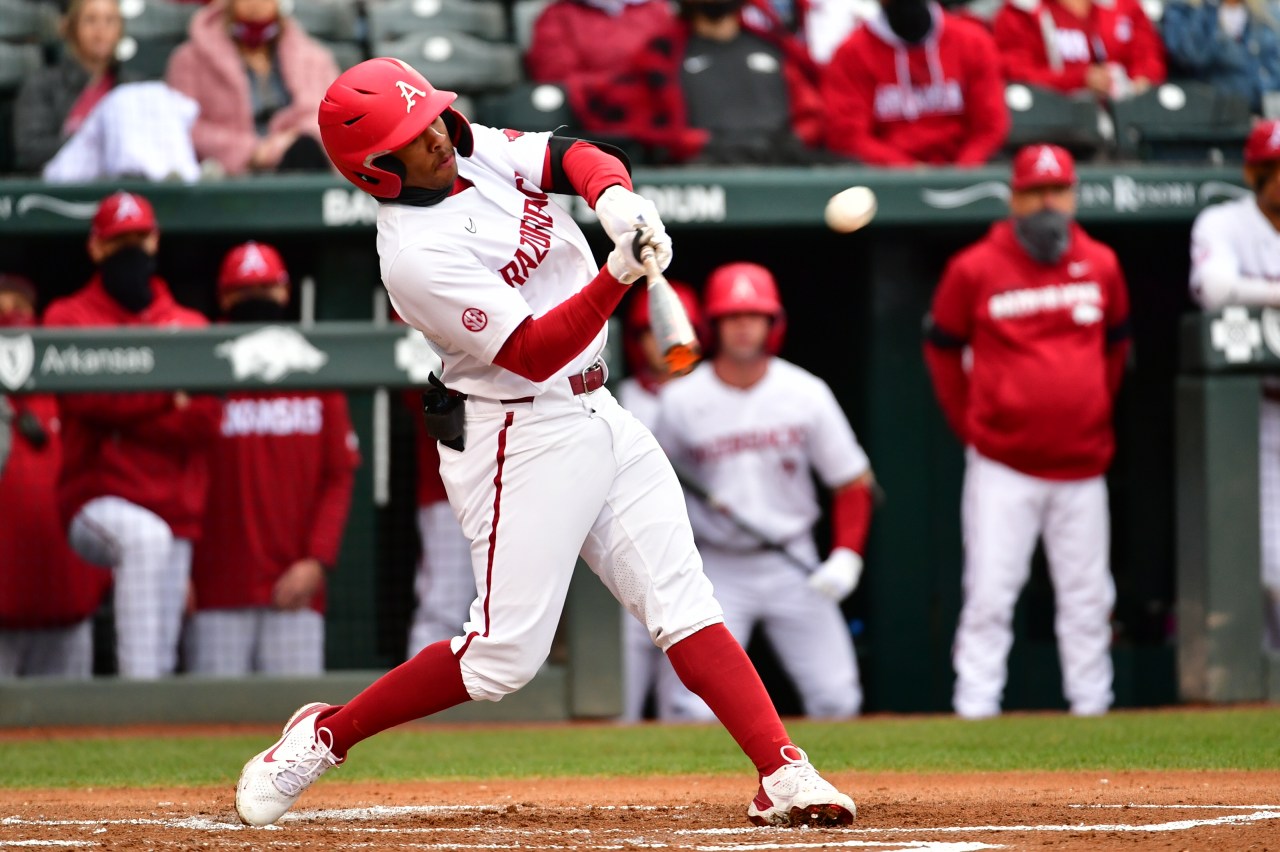 No. 1 Arkansas’ road series at Louisiana Tech will air on CST, the schools announced today in a joint release. The three-game set will also stream on ESPN+.

First pitch in the opener between the Razorbacks and Bulldogs is set for 6 p.m. Friday, March 12, at the remodeled J.C. Love Field at Pat Patterson Park. The final two games of the series are slated to begin at 2 p.m. Saturday, March 13, and 1 p.m. Sunday, March 14.

Arkansas and LA Tech have clashed 31 times before, with the Hogs holding an all-time series advantage of 25-6. The two programs most recently meet at Baum-Walker Stadium during the 2019 campaign when the Razorbacks picked up an 11-0 shutout win. It will be the Hogs’ first trip to Ruston, La., since the 2017 season.