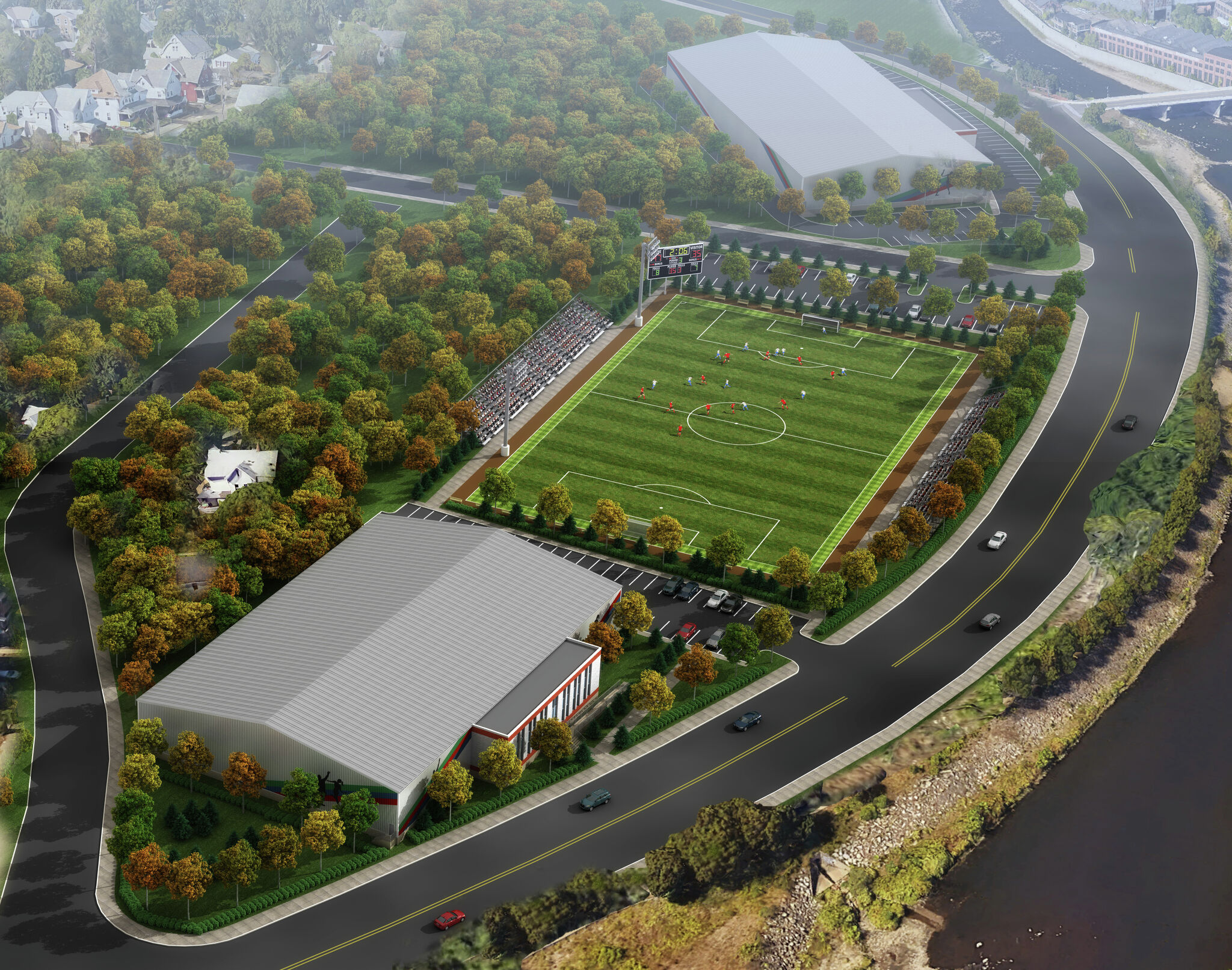 ANSONIA — A new soccer field on Olson Drive may be ready just in time for soccer team tryouts next fall. It all depends on the weather.

“We’re hoping by March, April, when the winter is over and to be in a position to begin to build the facilities,” developer John Guedes said.

The facilities in Gueses’  plan is for a 39,000-square-foot indoor soccer facility, and an outdoor soccer field, plus a second 49,000-square-foot building to train basketball players, according to minutes from a previous August planning and zoning meeting. The two facilities will both have a first floor and a mezzanine, with bleachers. There development will have 247 parking spaces.

The Nov. 28 approval for construction of the multi-use sports complex puts to an end months of controversy which included contentious public meetings and a lawsuit.

Corporation Counsel John Marini said the new sports complex will be a draw for the city.

“We think this project is going to bring Ansonia itself, more positive recognition,” Marini said.

While Guedes, who is the president and CEO of Primrose Companies, said the project is now slated to begin construction, the costs have gone up. Primose was expected to invest $15.5 million in the project, which consists of the indoor sports facility and a soccer field. But Guedes has confirmed the project will now cost $18 million.

Construction for the first phase, according to Marini and Economic Development Director Sheila O’Malley, will conclude in either the summer or the fall.

“We’ve had numerous parties interested. I never realized that sports was such a big thing in our area,” Guedes said.

The city’s Planning and Zoning Commission approved the site plan during its Nov. 28 meeting. Guedes confirmed construction was approved after the plan was adjusted after hearing from city officials during previous planning and zoning meetings throughout the year.

“We hired a professional sports lighting company, because there were concerns about the light pollution from the field,” he said.

The lights will now face the Naugatuck River, away from nearby homes.

Some residents and members of the Ansonia Democratic Town Committee opposed the project, citing concerns about the way the city sold it to Primrose. The chief complaint is that the sale went forward without proper public notice, in violation of the city charter.

One resident filed suit claiming the city did not advertise bids for the land, which used to be the site of the Riverside Apartments public housing. A judge denied a temporary injunction in June.

But the lawsuit was later dismissed on Dec. 8. The attorney who filed the suit, Thomas Egan did not respond to a request for comment.

Marini said the city never doubted the project would go through.

“We were confident the entire time. It was just a matter of hitting those milestones and getting the project done,” he said.

Ansonia Democratic Town Committee Chair John Feddern, who had favored a mixed use facility at the site, said he hoped the facility would be a success.