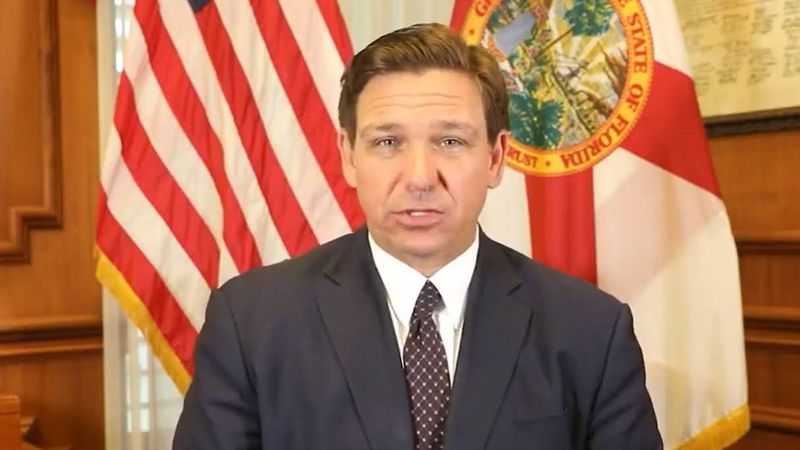 TALLAHASSEE — Gov. Ron DeSantis said Thursday during an appearance on Fox News that he will sign a bill banning transgender females from women’s and girls’ sports.

His announcement came the day after Florida Republicans rushed the measure through the Legislature by attaching it to a charter school bill. Most Democratic lawmakers, equal rights advocates and transgender Floridians oppose the ban, calling it discriminatory and unnecessary.

“We’re going to protect our girls,” DeSantis said at a town hall of red state governors hosted by Fox’ Laura Ingraham. “I have a four-year-old daughter and a one-year old daughter. They’re both very athletic. We want to have opportunities for our girls. They deserve an even playing field, and that’s what we’re doing.”

The bill would ban transgender women and girls — who do not identify with the gender assigned to them at birth — from playing women’s and girls’ scholastic sports in Florida. (The ban does not apply to elementary school kids, nor does it apply to transgender boys playing boys’ sports.)

DeSantis’ remark implying that transgender girls are not girls marginalizes already vulnerable kids, equal rights advocates say. The bill he’s about to sign would do the same, they say.

“(The bill is) yet another political tactic that highlights an ongoing lack of compassion and a willful ignorance of who transgender youth are and how this will cause harm,” said Nathan Bruemmer, a transgender man and community activist from St. Petersburg, as the bill made its way through the Legislature Wednesday.

Before Friday, if DeSantis were to have signed, Senate Bill 1028, to which the transgender athlete ban has been attached, he would also have enacted a provision delaying Florida’s “name, image and likeness” legislation by a year.

“This is unacceptable,” University of Miami Coach Manny Diaz tweeted Thursday. “@GovRonDeSantis must use his veto power to fix this.”

On Friday, Florida Republicans rushed through a measure which let the “name, image and likeness” provision kick in July 1, as originally planned. That delay provision of SB 1028 will not become law.

But the transgender athlete ban likely will, adding Florida to a national conservative campaign to restrict transgender women from playing in women’s sports. At least 30 states are considering similar bills.

Advocates of the measure say this is necessary to protect competitive equity. However, they have pointed to no reported instances of a transgender athlete unfairly skewing a women’s or girls’ scholastic sport in Florida.

It’s unclear whether the legislation will survive legal muster. A federal court struck down a similar ban in Idaho, and President Joe Biden’s administration has hinted it would fight measures to restrict transgender participation in sports.

Get updates via text message: ConText, our free text messaging service about politics news, brings you the latest from this year’s Florida legislative session.

Sign up for our newsletter: Get Capitol Buzz, a special bonus edition of The Buzz with Steve Contorno, each Saturday while the Legislature is meeting.

We’re working hard to bring you the latest news from the state’s legislative session. This effort takes a lot of resources to gather and update. If you haven’t already subscribed, please consider buying a print or digital subscription.