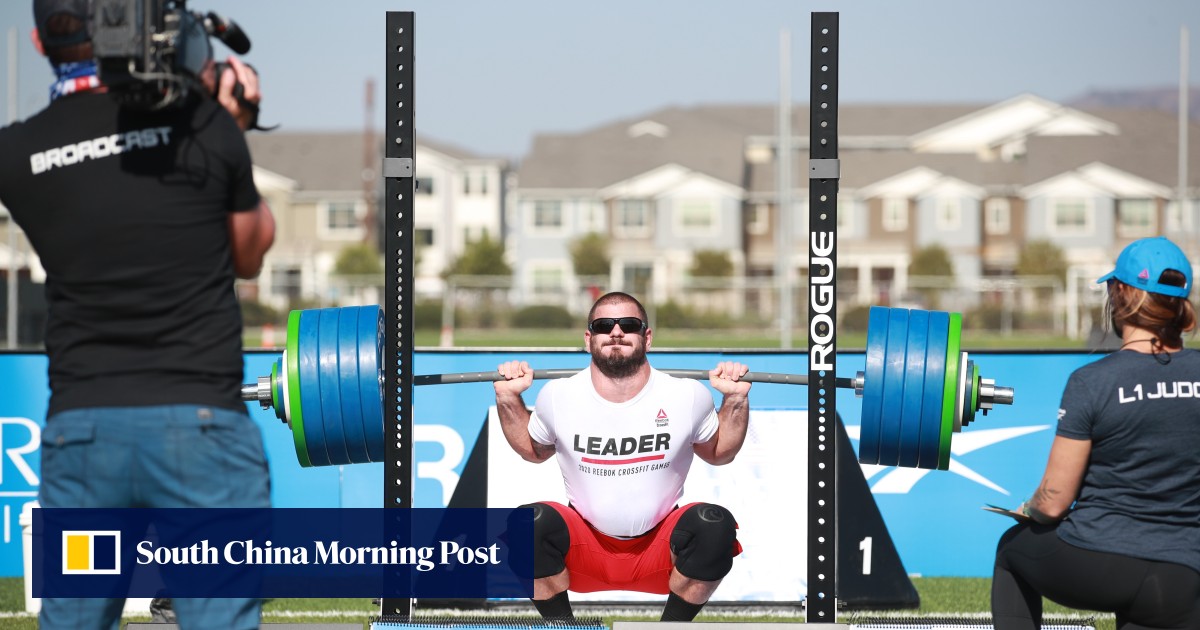 Mat Fraser is on top of the leaderboard at the end of day one of the CrossFit Games 2020 finals. The four-time champion won four of the five events and looks absolutely dominant.

The final is being contested by just five men, and five women. They made the cut by finishing top of a 30-athlete remote leg one, held in September. The unusual format is due to the Covd-19 pandemic, and even within the limited format the athletes are socially distanced during the events and the judges are wearing masks. 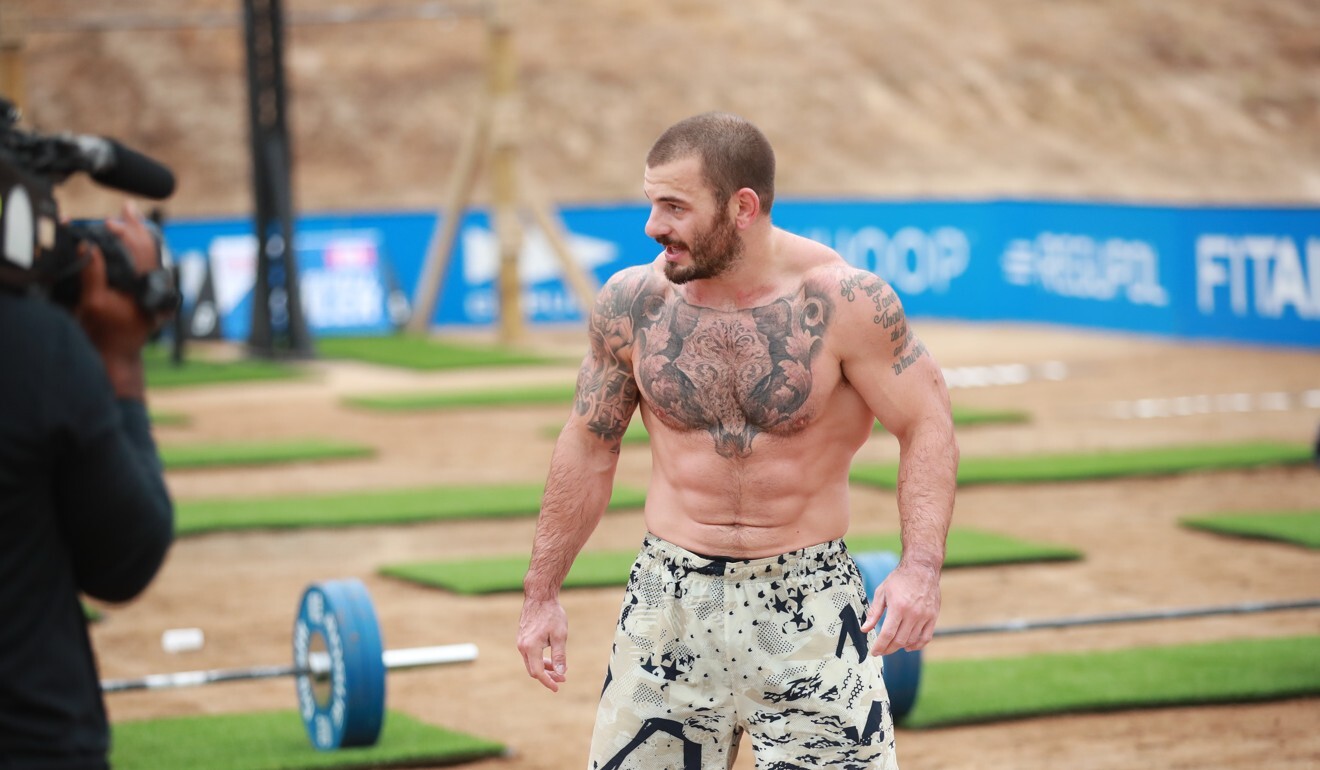 The final event of the day seemed simple on the face of it but it was far from it. The athletes set out on a 5km trail run, and unbeknown to them there was a surprise.

Fraser took the lead as they pushed hard up steep hills. Justin Medeiros was in second and working hard to maintain his spot.

The dusty trails kicked up dust making it harder still.

“Grit. Can you deal with elements outside your control?” the commentators asked.

Medeiros then closed the gap and the pair were locked in an arm wrestle. Fraser drew away on the final downhill and crossed the line first. Or so they thought.

Then, workout designer Dave Castro then told them to go back out and do the course again in reverse. It took a few beats for Fraser to work out it was not a joke, and the pair left again for lap two.

Medeiros continued to stick to Fraser like glue and they engaged in an epic battle.

Fraser pulled away in the final stretch to win.

Fraser won the handstand sprint by six seconds. The defending champion did not even break until 90 yards into a 100-yard dash, while everyone else came out of the handstand and launched back into the walk multiple times.

Medeiros finished second. His tactic contrasted Fraser’s. Medeiros came down every five yards and sprung back up into the walk, taking lots of minibreaks and finished just six seconds behind.

Fraser finished in one minute and 20 seconds.

This is Fraser’s third win of four events on day one. He comfortably sits on top of the leaderboard and looks set to take his record-setting fifth title.

The overall leaderboard is Fraser, Kwant, Adler, Medeiros and Ohlsen.

Adler took his first win of the CrossFit Games 2020 finals. He was sitting in last place overall and looked to stay there until an incredible deadlift meant he leapfrogged the field and now sits in second.

The third event was three one-rep max lifts – squat, shoulder press and deadlift – and the winner was the one with the highest combined weight. Each athlete had three attempts to hit their max on each movement. Last-placed Adler lifted first and then they proceeded in order from last to first.

Medeiros looked confident, wearing retro sunglasses and squatting aggressive weights. By his third and final squat attempt he lifted 480lb, forcing Fraser to up his weight to 492lb to lift the most. Adler was languishing behind with a 470lb squat, a PR.

In the shoulder press, Ohlsen set the bar, lifting far heavier than his body weight. On his second attempt, he was lifting 205lb. Adler responded to the move and lifted 207lb, a PR, and flexed his arms to show off the lift.

Ohlsen tried to lift heavier and regain the press lead but could not. Kwant then lifted 207lb as well. None of this mattered to Fraser, who lifted 210lb.

Adler came out of nowhere and deadlifted an incredible 567lb. It was so much, that despite not being in the mix, suddenly he was in pole position. Fraser was the last to lift and he knew what he needed, but went for 535lb and finished second. 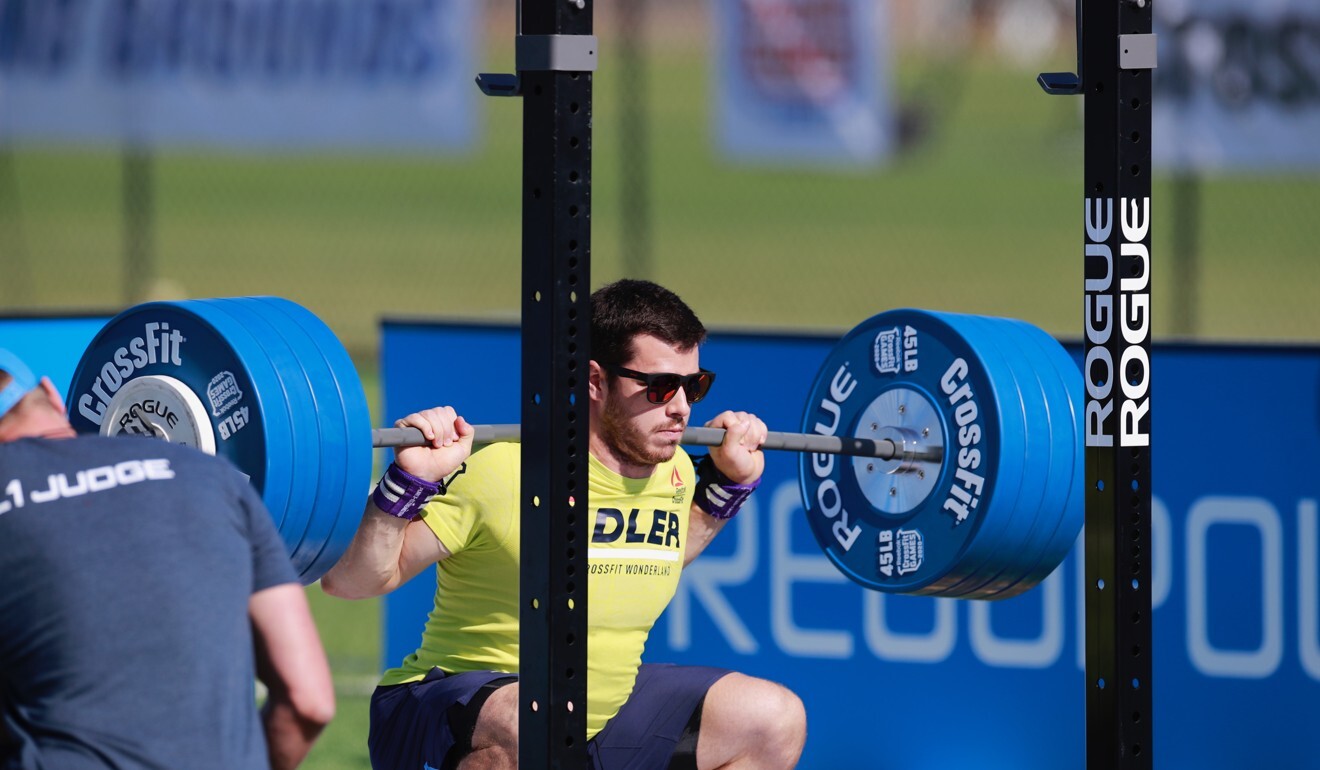 Overall, Fraser is in first, followed by Adler, Kwant, Ohlsen and Medeiros.

Fraser won the second workout at the CrossFit Games. With two from two, he is sitting comfortably at the top of the leaderboard. This is Fraser’s 21st event win in his career, a record. 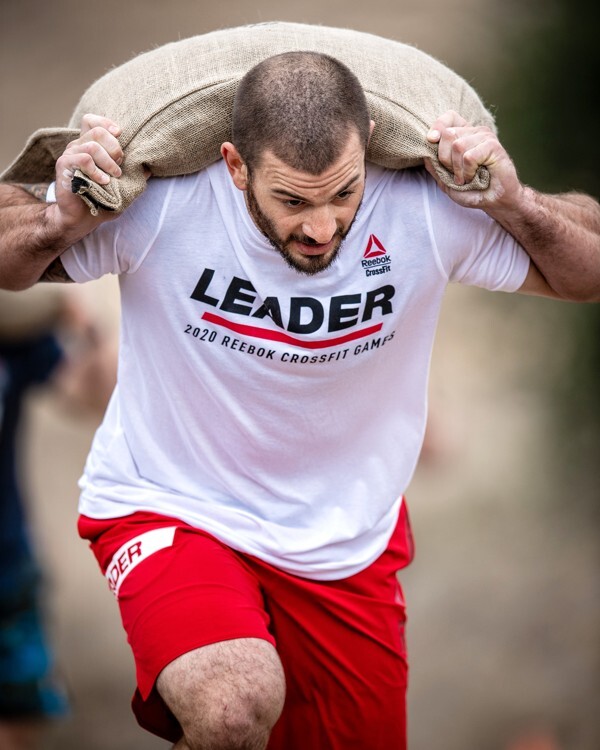 Medeiros flew out of the blocks but the pace settled when the group hit the incline. After two minutes, Fraser began to draw away from the pack. Kwant briefly stuck with him but then slowed, visibly tired from the burst of trying to match Fraser.

“As is customary at the CrossFit Games, Mat Fraser is drawing away early,” the commentator said.

Kwant said: “It started out pretty good, but once it got halfway, or three quarters of the way, the legs started shutting down, far more than I thought they would.”

As it stands, the leaderboard is Fraser, Kant, Medeiros, Ohlsen and Adler.

Fraser won the first workout by eight seconds. He was followed by rookie Medeiros in second. Though there was only a handful of seconds between them, in reality Fraser looked like he was cruising and had a comfortable lead early.

The first workout was a 1,500m row, followed by five rounds of 10 muscle-ups and seven 106kg shoulder-to-overheads.

In third was Kwant, followed by Adler and Ohlsen.

“I’m feeling great. The first event is where most of the nerves are. But you get on the rower and there’s plenty of time to talk to yourself,” Fraser said.

There are no crowds, but Fraser said he loved being able to listen to himself and his breathing.

“I like to hear my breathing, be in my thoughts and just focus on the task at hand,” he said.

Ohlsen finished the 1,500m row first, though there was barely seconds between all five athletes. But Fraser soon moved into first place. He transitioned quickly between the exercises, and had reps in hand before the other athletes had their hands on the pull-up bar or barbell.

Fraser finished his three round of shoulder-to-overheads when the next athlete was starting them. The outcome looked inevitable.

Medeiros made a late push to close the gap. Fraser had a rare wobble on the final set shoulder-to-overheads and he awkwardly dropped the bar. The rep did not count and he was made to repeat it.

“I think part of it, I just relaxed a little bit, because I knew even if I missed this I had to shake it out,” he said.

Ohlsen, last year’s runner up, went toe-to-toe with Fraser early in the workout but burned himself out and seemed to be struggling during the final set of shoulder-to-overheads. He finished last, over three minutes behind Fraser.