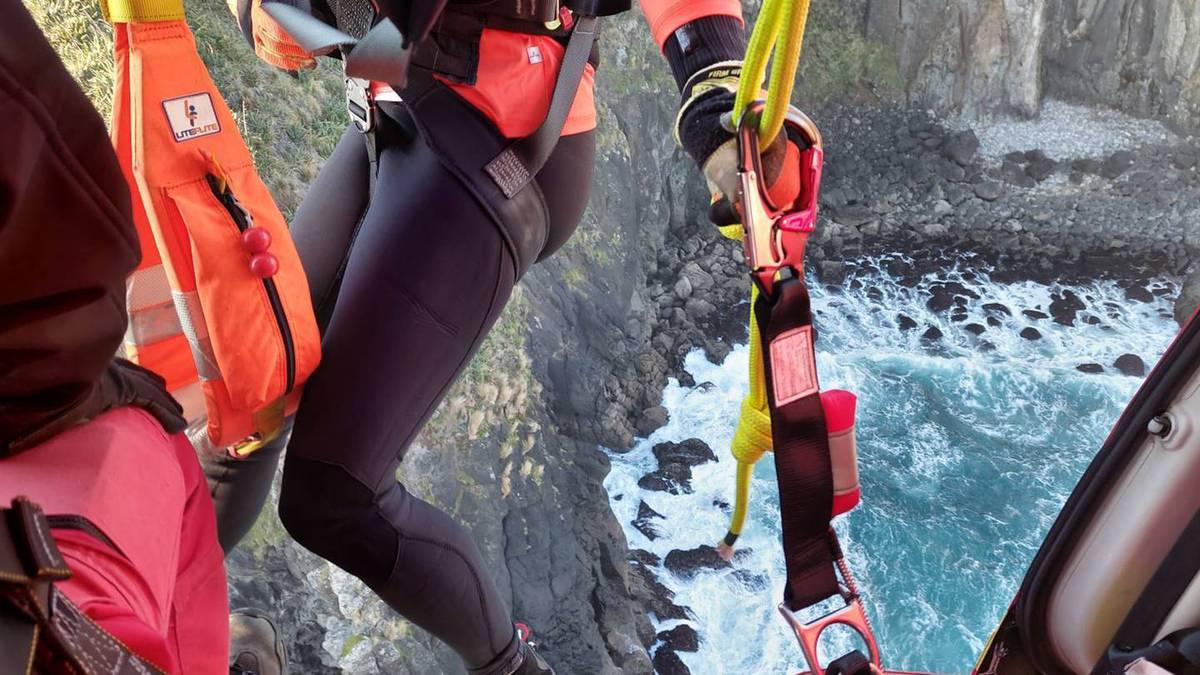 All of New Zealand – except for Auckland – will move to alert level 2 at 11.59pm on Tuesday, Prime Minister Jacinda Ardern has announced.

Police are urging Aucklanders to avoid the temptation of water sports, which would breach lockdown restrictions, as warmer weather starts to set in.

It comes after police said they are considering enforcement action against a fisherman who was rescued off rocks at Papanui Point near Raglan yesterday afternoon.

While fishing off rocks is permitted under alert level 3 restrictions, which are in place in the Waikato, police said the man was from outside the area.

The man was able to swim to a nearby rock where another member of the public contacted emergency services, and he was winched to safety on the Auckland Westpac Rescue Helicopter.

“It serves as a reminder to the public about the reason why restrictions are in place,” police said in a statement today.

“In Auckland at the weekend, there were some instances where police found
people were in groups at places like playgrounds and skate parks.”

Police remind New Zealanders that under alert level 3, fishing is only permitted from the shoreline or a wharf. Fishing from rocks or from a boat is not permitted.

For Aucklanders, no water-based activities are permitted while under
alert level 4.

Under alert level 2 restrictions, which will be put in place across the country – excluding Auckland – from Tuesday, usual sport and recreation activities are permitted if they can be done safely.

Forty two cars were turned around at Auckland’s southern boundary checkpoints yesterday for non-essential travel, and 32 at northern checkpoints.

A total of 21,474 vehicles have now been stopped at ten checkpoints on Auckland’s northern and southern boundaries.

Between August 31 and September 5, 19,319 vehicles were stopped at the five southern checkpoints – 715 were turned away for non-essential travel.

At the five northern checkpoints imposed on September 2, 2,155 vehicles have
been stopped and 120 vehicles turned away for non-essential travel.

The southbound checkpoint at State Highway, the Mercer off ramp, is
the checkpoint with the most cars being turned away, 279 in total.

Since alert level 4 was imposed, police have charged 186 people with a total of 197 offences across the country.

In the same time period, 486 people were warned for 489 offences.

Since lockdown, police have issued 3,568 infringements for covid-19
related breaches, for leaving home other than essential personal movement.