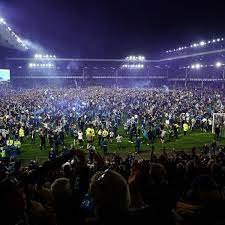 La Vista soccer complex was in the news recently for the fight that erupted between the two groups. However, the La Vista Police last month cleared the air over the rumors of a hostage situation at the sports complex.

There were several rumors of a big fight erupting at the complex that hosts several pitches for different sports, including soccer. Fortunately, that wasn’t the case.

There were reports of disturbances at the La Vista Sports Complex last month. It was believed an unidentified gunman was holding the visitors hostage at the complex. As a result, there were concerns in the city that boasts a small population (15758 as per the 2010 census). Police were quick to react to the complaint received and arrived at the scene from where rumors of the hostage situation emerged.

However, the city police squashed all those rumors and gave an update on what exactly happened. Police denied any hostage situation at the sports complex, but accepted that there was a small fight between the two groups. One group used pepper spray during the fight.

The workers at the complex did a good job by acting promptly. They locked part of the group inside the building while they pulled others outside the complex and waited for the city police to arrive.

Earlier this year, there were several reports of car break-ins in the parking lot of the sports complex. Police asked the visitors to be aware and report to the police immediately if there were any such incidence.

The sports complex is built in the city of La Vista in the state of Nebraska. It is a large outdoor facility for the people comprising soccer, baseball, and football fields and a remote-control airfield.

The sports complex comprises four softball fields, twelve soccer fields, a baseball field, and two football fields. It also hosts the Slumpbuster Baseball Tournament. The sporting complex is one of the important revenue-generating buildings for the La Vista local government.

La Vista Sports Complex is planning for arranging some regional tournaments as a part of the promotion. They want to make good use of facilities. There are also expansion plans in place with two Olympic-sized swimming pools and 24 tennis courts set to be part of the second phase.

Watch This Story: Most Shocking Deadline Day Transfers in 2022

The La Vista Sports Complex is proving to be a stepping stone in the sports development and economy of La Vista.