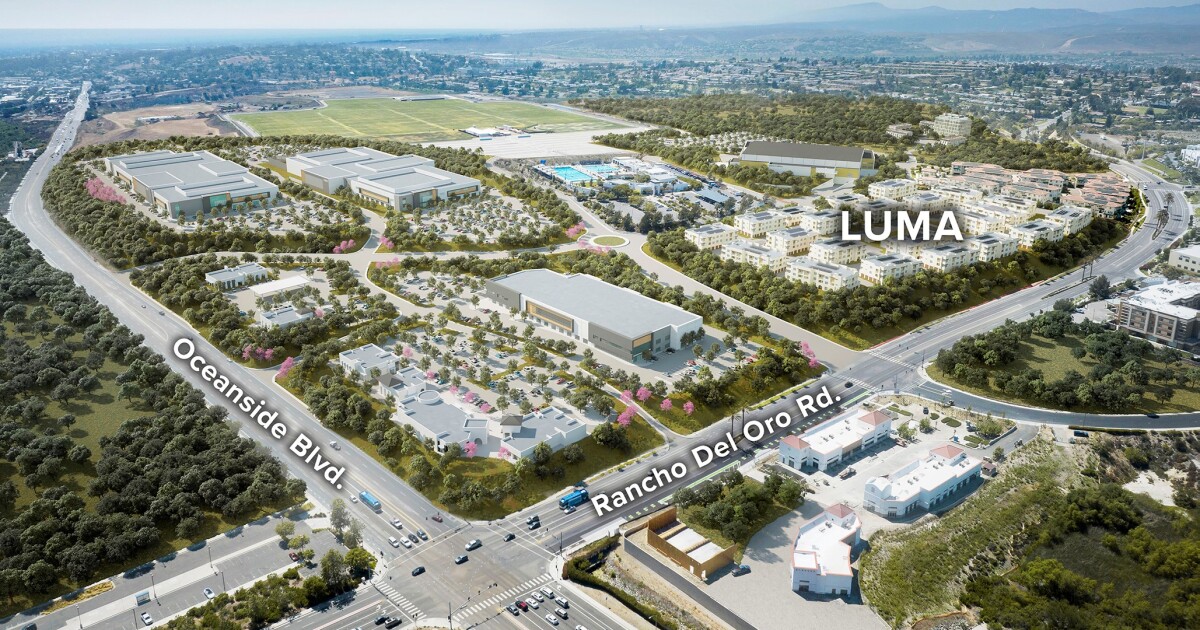 Construction has started on a 268-apartment complex being built inside Oceanside’s 465-acre El Corazon property near the city’s senior center, the recently completed aquatics center and the indoor sports arena expected to open next year.

The Luma at El Corazon leasing office and its first apartments are expected to open in the the fall of 2023, according to a recent announcement from Sudberry Properties, the master developer of commercial properties with El Corazon. The 12-acre project will be completed in phases.

The apartment complex will have 23 separate three-story buildings with a mix of 113 one-bedroom, 120 two-bedroom and 35 three-bedroom apartments in 11 different floorplans ranging from 691 to 1,440 square feet. There will be a recreation center and a pool, and each apartment will have an outdoor deck, balcony or patio.

In keeping with the overall architectural theme of the buildings at El Corazon, the apartments are designed in the style of architect Irving Gill, who died in 1936. Gill designed the original Oceanside City Hall and Fire Station No. 1 in the 1920s, as well as several other notable Southern California buildings. His work is known for clean angular lines, ground level arches and breezeways.

Two 2,350-square-foot retail suites will be built on either side of the main entrance, facing Village Commercial Drive, which, when finished, will run parallel to Rancho Del Oro Drive on the western side of the apartments.

The complex will be adjacent to Frontwave Arena, the indoor sports venue that will be the new home of the San Diego Sockers professional soccer team. The arena, which also will host concerts, family shows and other events, is expected to open in late 2023, Sudberry officials said.

The apartments are also about a half-mile from a Sprinter station on the light rail line that runs from the Oceanside Transit Center through Vista and San Marcos to Escondido.

Oceanside received the El Corazon property in 1994 from the U.S. Silica company, which mined sand there and sold it for a variety of industrial uses. In accepting the property, the city agreed to remediate the unstable land left by 60 years of open-pit mining, work that began in 1996 and continues today.

A specific plan for the property designates 212 acres for parks and recreation, 164 acres for native habitat and 34 acres for civic services.

Space was included for residential and commercial uses, including two hotels not yet built, to provide revenue for the development and maintenance of the public facilities.