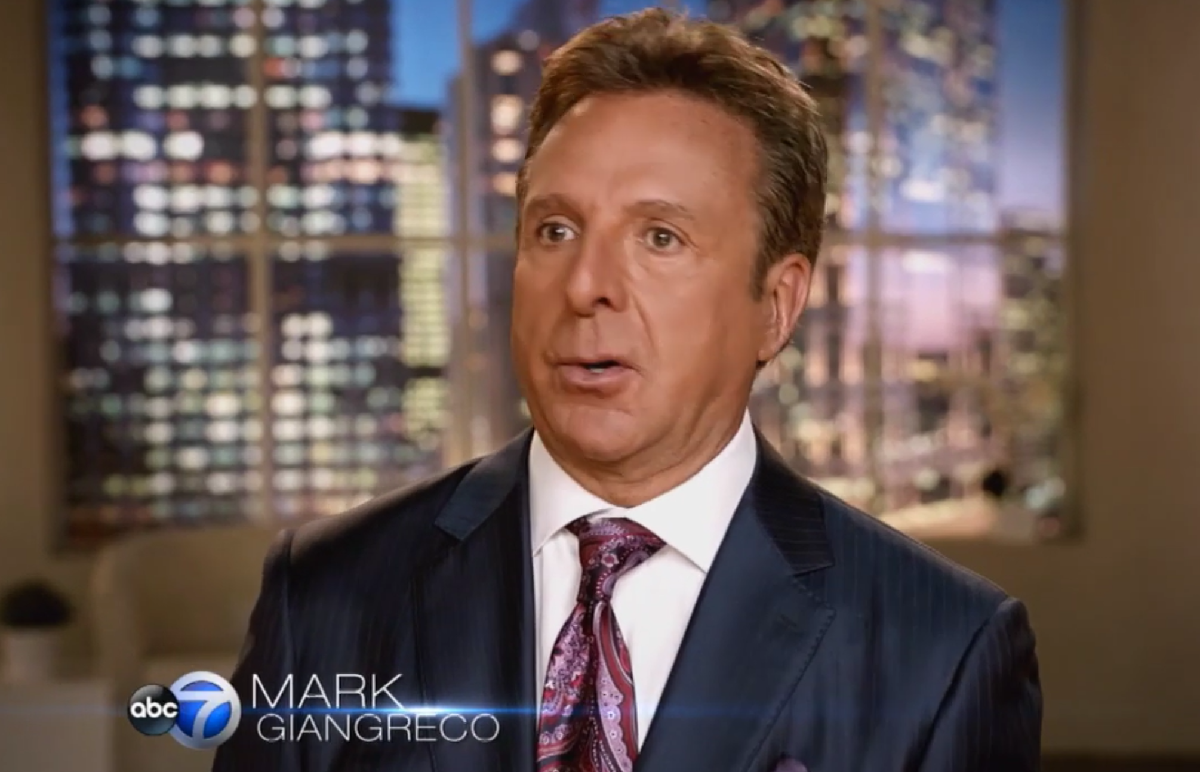 Mark Giangreco has been an institution in Chicago local sports for decades.

The 68-year-old sports anchor has worked in Chicago since 1982, and has been with WLS-TV (ABC 7) since 1994. Jon Greenberg noted in his Dollars and Sense column today at The Athletic that Giangreco is believed to be “the highest-paid local sportscaster in America.”

That career might be coming to an end after Giangreco made a joke about a colleague on the air that even in the best light would still be in very poor taste.

As Robert Feder reported yesterday, Giangreco had been off the air for five weeks following the joke, and later in the day reports came that he was likely on his way out, with both Feder and Jeff Agrest of the Chicago Sun-Times reporting that ABC 7 was looking for an agreement to move on. (Greenberg confirmed those reports at The Athletic today, too.)

So, what did Giangreco say? From the Sun-Times:

ABC7 is working on a separation agreement with longtime sports anchor Mark Giangreco after he jokingly referred to news anchor Cheryl Burton as “ditzy” on a newscast Jan. 28, according to sources. Burton complained to station management, which has kept Giangreco off the air ever since. He also hasn’t made his regular appearances on ESPN 1000.

At the end of his last sports segment, Giangreco, 68, showed a video of a hockey player on roller blades sanding drywall with the butt end of a hockey stick and shooting a puck into a garbage can with the blade end. Said Giangreco: “Gotta get him a show on DIY Network. We’ll call it ‘House Fix with Sticks,’ and Cheryl can play the ditzy, combative interior decorator. I got it all worked out.”

Some have pointed at Dan McNeil’s tweet about Maria Taylor that resulted in McNeil’s immediate loss of a Chicago sports media job, noting that this line from Giangreco falls short of that standard of offense. Honestly, though, if we’re seriously debating how offensive a man’s joke at a woman’s expense has to be, it feels like we’re missing the point. Burton anchors ABC 7’s 5 PM and 10 PM newscasts, and she’s been at the network even longer than Giangreco, having joined in 1992.

According to the Sun-Times, this isn’t the first issue she’s had with Giangreco’s brand of humor:

But there has been tension between Giangreco and Burton for years, according to sources, and this appears to have been her breaking point.

Others who have worked with Giangreco have brushed off similar remarks as playful. Considering Burton complained to management, it’s fair to question whether management would have done anything had she not, knowing Giangreco’s persona.

Giangreco reportedly had over a year left on his most recent contract extension, but assuming these multiple reports are valid, it looks like he might be headed for some kind of buyout and early exit very soon.