C.O. sports plans changing ‘day to day,’ based on air quality; Friday night football up in the air 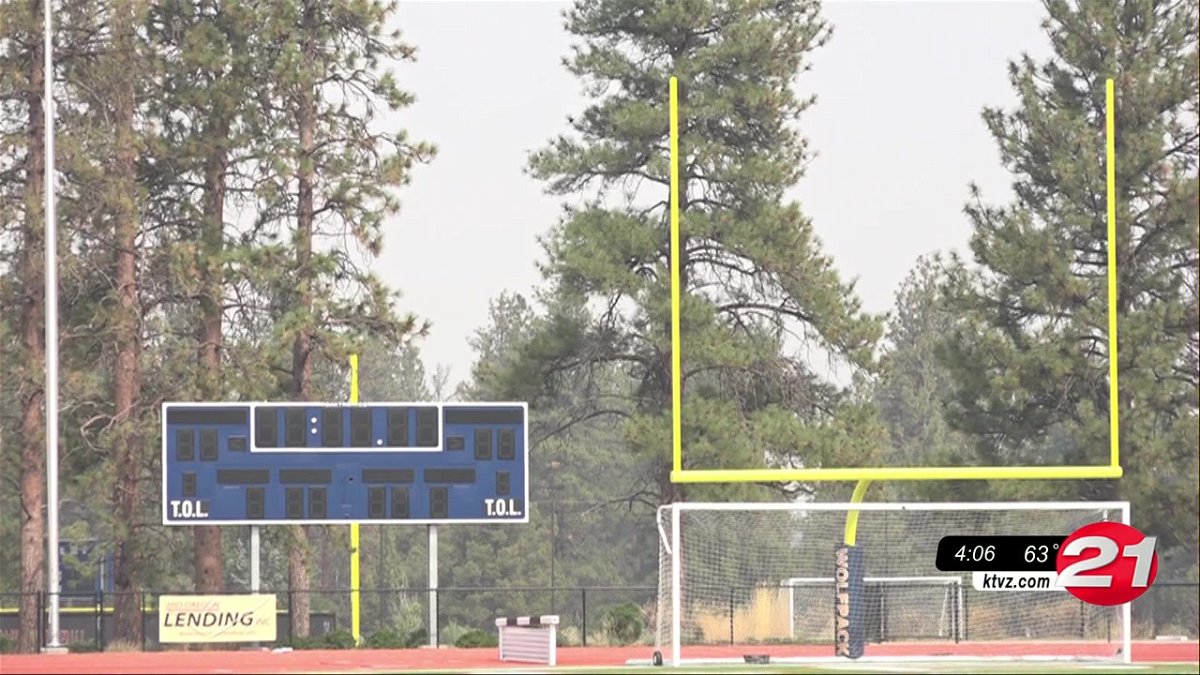 BEND, Ore. (KTVZ) — The air quality in Central Oregon this week, hurt by smoke from the Cedar Creek Fire, has not been favorable for outdoor sports.

“It’s really day to day,” Williams said Wednesday. “We’ve developed indoor practice schedules for all of our teams, which gets really tight in our indoor spaces.”

Williams said that on Monday, all sports had to practice inside.

He’s preparing for any changes to Caldera’s Friday football game against Madras.

“We have contingency plans to, if we can’t play here Friday, we’ll jump up to Madras and play,” Williams said.

But he notes that it’s not that simple, and takes lots of planning and communication.

“If we flip up there, they have to find event workers, chain crews, clock operators and announcers, and it’s an ordeal for a school just to flip,” Williams said.

The Oregon School Activities Association says if the air quality index (AQI) in a region is above 150, it is unsafe to play, and the game must be moved indoors or to another location.

“What we may have to do tomorrow is make the races a little bit shorter, if we do hold the races,” Cogswell-Kelly said, referring to weekend events.

MBSEF’s fall mountain bike program was supposed to start Wednesday, but was pushed back another week due to the air quality.

“Because everything that we do for the most part is a heavy exertion,” Cogswell-Kelly said. “You’re pedaling uphill or you’re running outside or you’re roller skiing, or any of those things.”

It holds the Thrilla Cyclocross race Thursday and the Can Chaser on Saturday , and Cogswell-Kelly is hoping things clear up soon.

As for football, La Pine Athletic Director Aaron Flack said his team has been practicing in Redmond this week, and is prepared to move its Friday night game there.

However, Flack said he will wait to make the call for football until Friday morning.

“You have one opportunity in a week to really play a game — I mean, it’s Friday night for a varsity game,” Williams added on the emphasis to make football games happen.