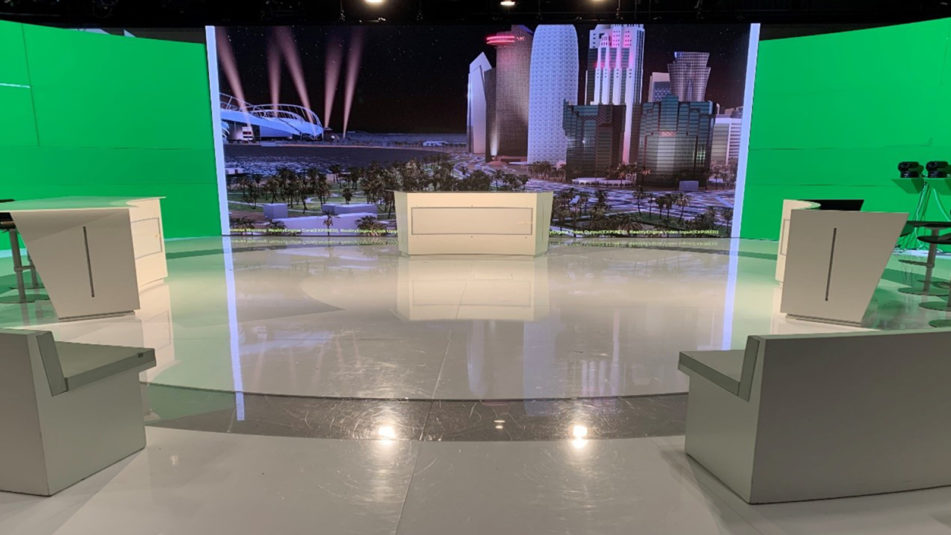 From Morocco’s historic win against Portugal (becoming the first African team ever to make it to the semi-finals) to Richarlison’s bicycle kick and Messi’s fairytale ending; this World Cup has certainly had its fair share of incredible moments. As fans were watching, broadcasters around the globe were bringing smashing graphics to the screen with the help of the Zero Density products. 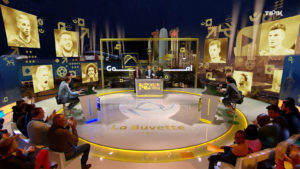 RTBF’s World Cup coverage show was massive: It was broadcasted live to football fans every day from 3pm to 10.30pm. To create a virtual studio worthy of such an extensive show, the RTBF team decided to set up a portal window LED screen behind the presenter. This screen was then flanked by two green screens, while standard LED screens were used behind the studio guests. The design and Reality integration were carried out by DreamWall.

The virtual studio was run by three engines, on two RE AMPERE workstations. 2 Engines are used for the virtual set and one Engine for the flycam feature. Thanks to the Reality ecosystem, the team was able to place the hosts on a photorealistic rooftop in Qatar, with different lighting used to represent daytime, evening, and night. The virtual camera shots enabled RTBF to move from a studio to stadium, providing a view of all eight football stadiums in Doha. To do this, the team recreated the entire city and all eight stadiums in 3D. They also used augmented reality elements to display scores, player and team statistics, and even dynamic team lineups on the virtual studio’s LED wall powered by Reality.

The RTBF team teleported several soccer players from Qatar into the studio for live interviews and enlivened a usual connecting to the stadium for post-game action.

Here is how it is done: After the remote location adjusts the angle of the view as the main studio and send the sound & picture to the studio, all input is placed in a plane object using Zero Density technology linking the render engine to the tracking system. Voilà! You have a photorealistic augmented guest on your set that could be transmitted from anywhere in the world.

The team lineup was driven by an Excel file fed by the production team and a plugin that collected pictures and names in real-time. Avatars were created using a smartphone app, with people sending in their reactions to the game. 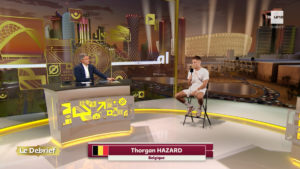 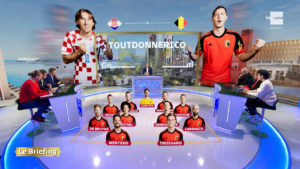 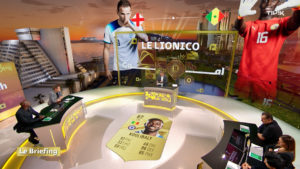 France’s most popular network and the most viewed TV channel in Europe, TF1, is no stranger to immersive sports broadcasting. They are one of the first channels to adopt a hybrid production capability dating back to 2018 World Cup.

For 2023, TF1 utilized Reality once again for their daily World Cup coverage on Le Mag with Denis Brogniart. Kennedy Agency designed the smashing graphics and DreamWall took care of Reality integration and setup.

The hosts were located on a balcony on the edge of the stadium looking over the playing field. Player lineups and game tactics came to life in the field. Flycam feature gave TF1 the ability to go beyond the limitation of their physical location and 360-degree visual storytelling capability. 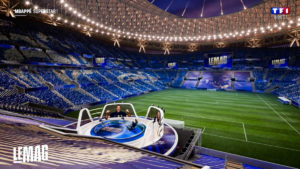 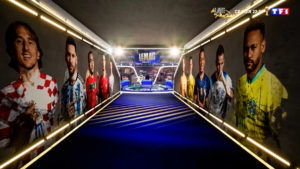 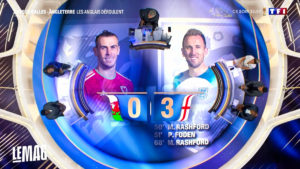 RTV SLO started preparations for the World Cup during the summer, when the team decided to dedicate their entire studio space to virtual production. Despite never having used the Reality ecosystem before, they were able to get the studio ready for broadcast in just three weeks.

First, three designers began working on different parts of the set, before combining them to make one big scene. RTV SLO’s regular U-shaped 80m2 cyclorama was then extended with an additional flat cyclorama, which provided more space for the presenter to move and host the FIFA World Cup commentary. The shape and color space conversions were handled correctly by Reality Keyer, the first and only real-time image-based keyer with advanced clean plate technology which makes the system much more advanced than a chroma keyer.

RTV SLO went live everyday with three cameras – each of which was linked to one Reality Engine and in total one RealityHub to power all the real-time Unreal Engine graphics involved.

“We now have a modern, reliable system for virtual production which gives us almost endless possibilities in creation” says Rade BOJIC, Project Engineer at RTV SLO. The VS team stated that they received numerous positive feedback from multiple departments, including the sports department, and are excited to do more. 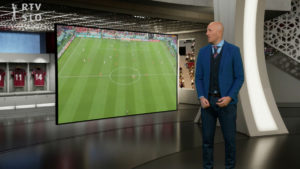 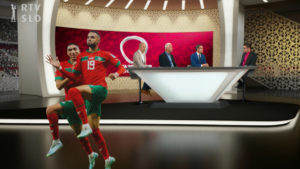 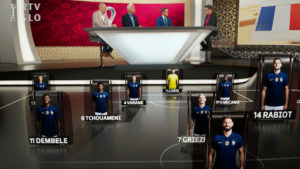 The Asharq News team, who are virtuoso while using Reality Engine, decided to enhance their set with a virtual set extension, allowing them to create an expansive look without using a green screen background.

For the World Cup coverage, they created a completely new look from their existing physical studio, thanks to set extension. The set and commentators were seemingly planted in the middle of a giant virtual football stadium with cheering virtual fans for a “living” set effect. A large virtual video screen was then used to showcase relevant game footage and players were animated to show certain positions and lineups. 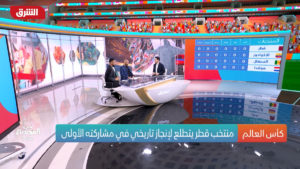 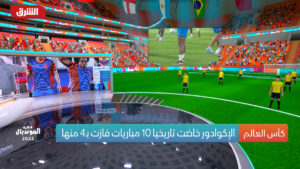 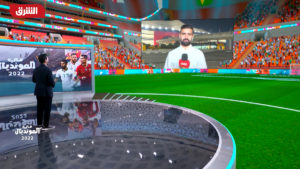 When ICE TV met Zero Density at Broadcast Asia in 2022, they had an idea. They decided to build their first cyclorama with the World Cup in mind and things started to blossom when Cgangs started helping the channel bring ideas to life.

The studio is equipped with two Engines and RealityHub with integrations provided by Cgangs. The virtual environment is enhanced with a virtual LED video wall that displayed highlights from each match. Ice TV even went virtual with the table; they designed a virtual table for the presenters and only had chairs in their studio for the commentary.

The World Cup marked Astro‘s first-ever virtual studio production, and the virtual set built for the event has now redefined the way future productions will be shot at the studio.

Astro’s team began designing the channel’s virtual set in October. By November 20th, they had set up and experimented with the set, which was ready to go live in a very short timeframe. The team used three Reality Engines to power the set, which was designed by Astro’s in-house design & motion department. Zero Density’s partner Broadcast Elements helped with the Reality integration, installation and training. 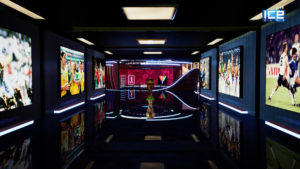 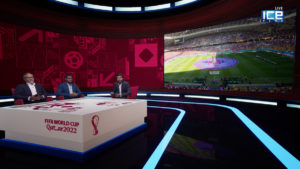 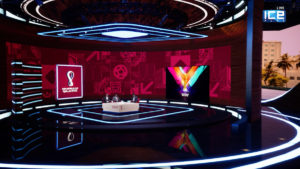 Alkass Sports Channels is a group of eight sports channels that broadcast 24/7 from Qatar. For the approaching World Cup, the team initially thought of building five different physical sets for commentary shows. Then, they set their mind on virtual sets and infinite creative possibilities.

With the help of four Reality Engines, the Alkass team built a virtual set and prepared multiple designs that were ready to broadcast the World Cup live in just a month. The team was also able to use Reality Engine’s capabilities to teleport talent to the studio live: A first in Qatar’s television history. 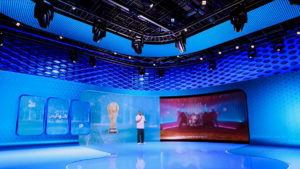 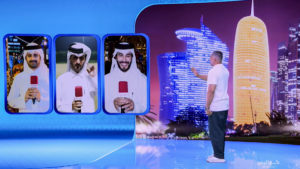 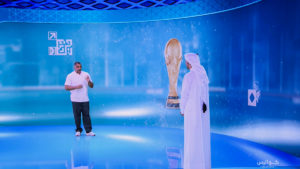 Sliding into the new year at Adventure Air Sports