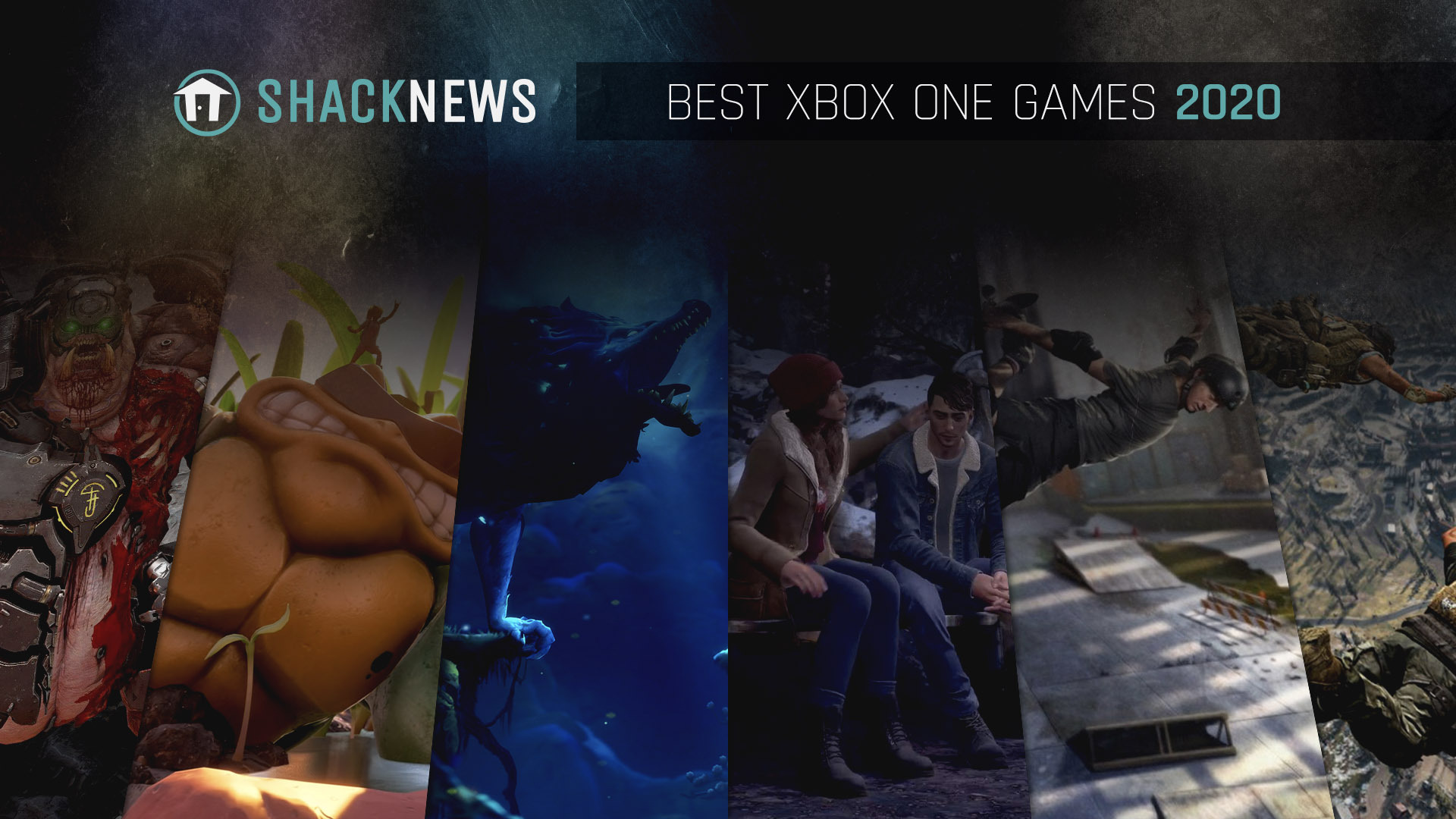 Xbox has been in a unique position in recent years. With the shift to a more consumer-friendly cross-platform setup, Microsoft is ensuring that more gamers than ever experience iconic Xbox titles. With Xbox also snapping up numerous developers and publishers, the company is setting itself up to have quite a competitive first-party line-up. Though 2020 was a bit light in exclusives, there were a bunch of games that consumed our playtime on Xbox One. Let’s take a trip back through the year that was 2020 and pick out some of our favorites.

While not all of the following games are exclusives (thanks in part to a lighter year of first-party games and Microsoft’s commitment to cross-platform releases), these are but a few of the titles that absorbed the lion’s share of the Shacknews staff’s time on Xbox One. There’s still some more juice left in 2020, so you can definitely anticipate that this list will only continue to grow!

Ori and the Will of the Wisps – Chris Jarrard

Moon Studios came back bigger and better for its colorful metroidvania sequel. Ori and the Will of the Wisps has one of the most eye-catching visual presentations of its generation and is fun to play as well. It is legitimate demo material for those with HDR displays and expected to be a showcase title for the Xbox Series X where it will receive an 120Hz upgrade.

There is a lot that could be said about Wasteland 3. The sheer amount of choice that players are given is beyond anything we have seen in any video game to date, and RTS fans will find more than enough on hand to delight them for hours.

Tell Me Why – Ozzie Mejia

Dontnod is going to be recognized first and foremost for the Life is Strange series, but Tell Me Why might be their best work to date. It tells the captivating story of twin siblings separated for over ten years. It’s the story of siblings coming back together and rediscovering what it means to be family, but it’s also a fascinating mystery that dives deep into one of the darkest moments of their past.

It’s also the manner in which the story unfolds that makes Tell Me Why such an engaging story. It dives into the idea that the twins once created their own universe of fairy tales and integrated them into a series of puzzles that wove into the mystery. And even when one of the fairy tale puzzles didn’t connect with me, I still had the option to just smash my way through, like a caveman.

This game is already great and that’s before even touching on how meaningful it is to present a positive transgender protagonist, one played by a transgender actor. Representation matters and it’s heartening to see more marginalized groups represented in video games.

While Activision took its first stab at the battle royale genre back in 2018 with the Blackout game mode for Black Ops 4, it didn’t quite become the hit most expected. For their second try, Call of Duty: Warzone, the publisher offered the game mode free to all players and landed on a satisfying mix of classic Call of Duty multiplayer action and battle royale mechanics. Built on the foundation of 2019’s Modern Warfare, Warzone has a bright future as one of the best games of its class.

I love it when a game not only has great gameplay but impeccable style as well. No other game for the Xbox One embodies those principles as much as Bleeding Edge does. With a ton of unique playable characters that not only have a great anime aesthetic, but also some awesome combat moves, Bleeding Edge quickly set itself apart as a great new PvP brawler. You can shred people to death as death-metal cyborg, sneak up on them as a spray-painting samurai, or be a woman who’s augmented herself to be more robot-bird than human. And that’s just scratching the surface. The game’s PvP matches are easy to wrap your head around and don’t last long enough to become a tedious grind. If you’ve got an Xbox One, you owe it to yourself to take Bleeding Edge for a spin.

Imagine if you took the film Honey, I Shrunk the Kids and turned it into a video game. You would have Grounded, one of the most unique crafting and survival games released in a long time. Developed by Obsidian Entertainment, Grounded puts players in the tiny shoes of four children as they look to survive the horrors and dangers of a familiar, yet surprisingly foreign world: a backyard. Standing only a fraction of an inch tall, these kids have to use whatever they can find to build a base, feed themselves, and work out how to get back to normal. The game’s still in Early Access, but it’s been receiving regular updates that add even more goodness for players to experience.

Let’s get something straight. It might have been fine enough for Vicarious Visions to make a Tony Hawk’s Pro Skater 1+2 that didn’t absolutely fail in every single way like Tony Hawk’s Pro Skater 5 did. No, the studio went far above and beyond. Good gameplay controls utilizing some of the best features of the series and options to switch between game style input? Check. Soundtrack featuring all of the music from the first two games, plus new and contemporary goodies? Check. All of the legends we remember from those games, and also modern day pro skaters rocking the scene right now? Check, check, checkaroonie. THPS 1+2 isn’t just a duct-taped amalgam of our memories. It’s a meaningfully recreated and evolved product of the all of the best things we loved about those games. Someday we’d love to see Vicarious Vision’s take on Tony Hawk’s Pro Skater 3 in this style, but until that day comes, Vicarious has earned their place in our hearts for the magnificent creation that is THPS 1+2.

If you’re looking for a fast-paced sports games to get you through the colder months, what better game than NHL 21? This year’s iteration comes with a revamped Be a Pro, the new HUT Rush game mode, and a variety of gameplay tweaks that make this the most realistic hockey game on the planet. As mentioned in the Shacknews NHL 21 review, the game has something for everyone, and is the perfect option for a hockey fan with a taste for video games.

Doom Eternal builds off of the same chaotic action that made Doom 2016 such a huge hit. Taking players back into the world of id Software’s iconic FPS series, Doom Eternal brings new things to the table, adding platforming, new types of enemies, and even some variations on weapons fans will recognize. If you want brutal, hell-razing combat, then Doom Eternal has plenty to offer.

It’s been a crazy time for Sea of Thieves. Released two years ago now, this pirate adventure game by Rare has improved leaps and bounds over the first year of its life, and it’s only continued to flourish in 2020. There have been a wealth of content updates this year including, but not limited to: Easter egg hunting, new fiery skeleton types and boss battles, ghost ships, double XP and gold weekends, a new trading company focused on PVP, an emissary system, dogs, and a new type of puzzling voyages for players to experience. Oh, and Sea of Thieves also released on Steam! It’s one of the best games on Xbox One, and a title that only gets better with each month and year.

There’s still a bit more energy left in 2020. With the Xbox Series X and Series S releasing in November, and more video games scheduled to release this year, gamers are in a great position to have a fun-filled holiday season. No doubt this list will grow and change over the next couple of months, but as for right now, what games had you tied to your Xbox One?

Hailing from the land down under, Sam Chandler is relatively new to the industry, getting his start a few years ago as a writer-for-hire. After bouncing round a few universities, securing a bachelor degree, and finding his feet, he’s found his new family here at Shacknews as a Guides Editor. There’s nothing he loves more than crafting a guide that will help someone. If you need help with a guide, or notice something not quite right, you can Tweet him: @SamuelChandler