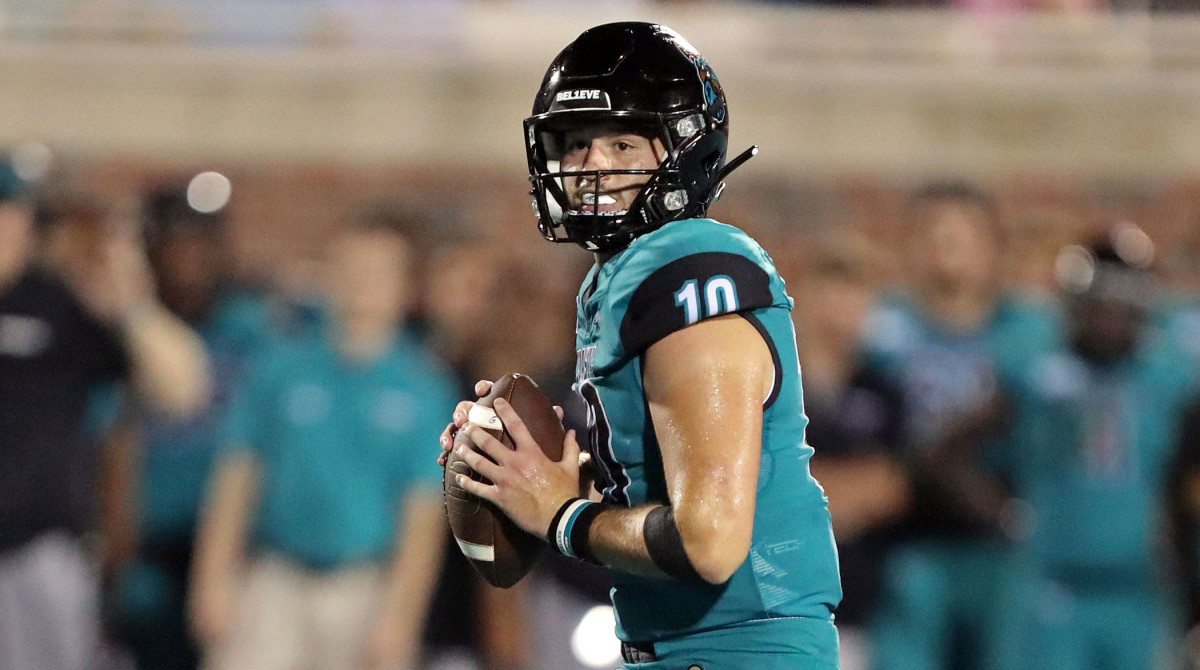 Former Coastal Carolina standout Grayson McCall is expected to head further south and visit Auburn this weekend, according to 247Sports.

The 22-year-old North Carolina native is regarded as the best available quarterback in the portal at this time, tied with NC State’s Devin Leary. Per 247Sports, McCall is scheduled to be with the Tigers from Saturday through Sunday.

The quarterback helped revive the Chanticleers program as he stood as the starter for three years, throwing for 8,019 yards and 78 touchdowns with only eight interceptions in that span. But as dominant as a passer as he is, McCall also recorded 1,053 rushing yards and 16 touchdowns. He’s been named Sun Belt Player of the Year three times in a row, which is a first for the conference.

McCall’s decision to enter the transfer portal did not come as a major shock. The news broke days after coach Jamey Chadwell left Coastal Carolina for the same position at Liberty, filling the vacancy left by Hugh Freeze. Coincidentally, Freeze is now the head coach at Auburn.

McCall is entering his senior season; however, because of the 2020 COVID-19 eligibility adjustment, he has two full years of eligibility remaining.