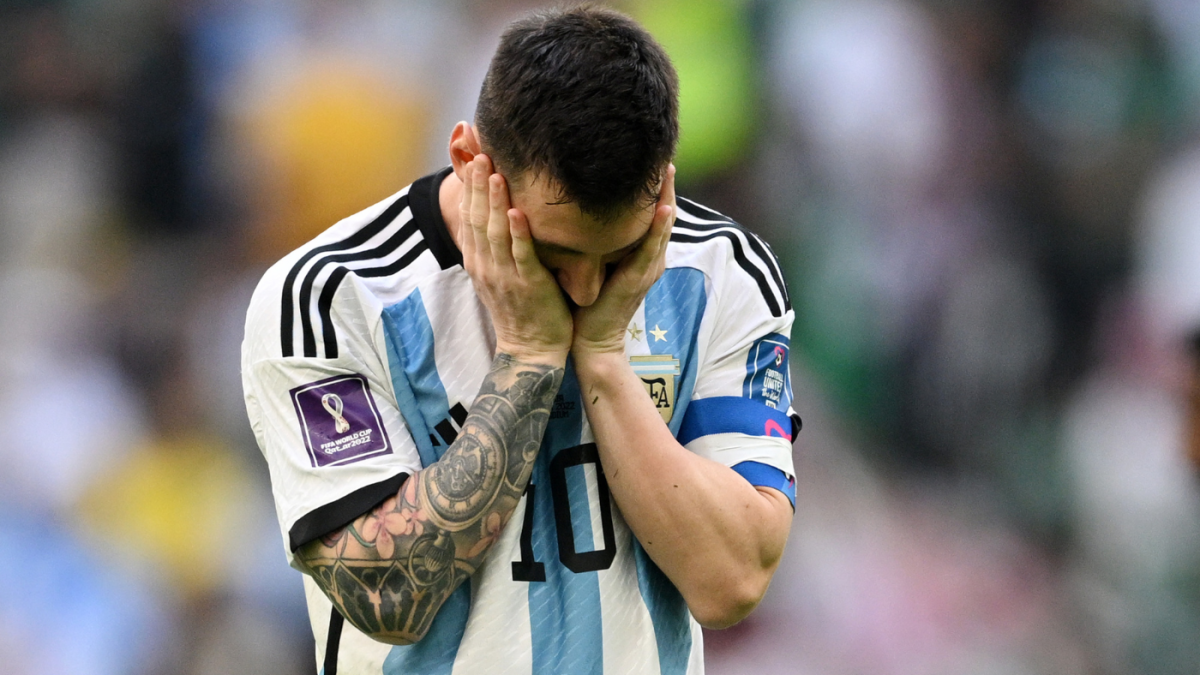 Saudi Arabia earned themselves a place in World Cup history with one of the great shock wins in the tournament’s 92 year history, overturning an early deficit to stun Argentina and win 2-1 at the Lusail Stadium.

No team had beaten Lionel Scaloni’s side since Brazil more than three years ago but this stunning triumph was no less than the Saudis deserved for an energetic, front-footed performance that saw their high press utterly rock one of the pre-tournament favorites before a rock solid defense of Mohamed Al-Owais and the imperious Hassan Tambakti guided their side to three points.

Playing in his fifth and likely final World Cup, Messi knows immortality beckons, one last chance to add the missing piece to his overflowing trophy cabinet. It seemed to have started so well. His first touch might have been a goal, he should have beaten Mohammed Al-Owais with a rasping shot. It did not take long for his seventh World Cup goal to come however, Messi waiting for Al-Owais to dive and rolling the ball the other way from the penalty spot after Leandro Paredes had been dragged down by Saud Abdulhamid.

Argentina had the ball in the net three more times before the half but Messi and on two separate occasions Lautaro Martinez were denied by offside flags. The latter might have felt aggrieved by the fine margins that the semi-automated system was spotting but by the letter of the law his upper arm was offside. Saudi Arabia’s high line might have been letting the Argentine strike force momentarily celebrate but it also meant that at the other end Cristian Romero and company were rattled, forced into a few clunky touches and loose passes.

That would pay dividends in the second half. Saudi Arabia won the ball just inside the Argentina half, a first time ball through the heart of the defense unleashing Saleh Al-Shehri to roll in the equaliser. Herve Renard’s side would not slow in intensity and that high line that might have cost them also enabled them to commit more players to the penalty area so that when Nawaf Al-Abed’s shot was blocked it fell to Salem Al-Dawsari.

The No.10 still had an awful lot to do but he did it with style, squeezing away from three defenders before letting fly with a shot that Emiliano Martinez could only tip into the top corner. To their credit the Green Shirts refused to call time on their energetic approach when they entered the lead, it took a little while longer for their impressive energy reserves to fully deplete. In truth Argentina did not have too many great opportunities as they chased parity, though Al-Owais saved quite wonderfully when Lisandro Martinez’s close range effort deflected off Nicolas Tagliafico.

The Saudi jubilation was quelled somewhat in the closing minutes when Yasser Al-Shahrani was hit by Al-Owais’ knee, the No.13 stretchered off but seemingly ok as his side held on into the 104th minute for a remarkable victory.

The natural inclination after one of the biggest upsets in tournament history is to focus on the big team who blew it. If the team ranked third in the world loses to one ranked 51st that must be on them, right? Not entirely. Certainly Argentina could have been significantly better but this was a game that Saudi Arabia took from them, starting with that contentious high line. On another day, they might have lost the game but for some overhanging t-shirts and stray knees, but it was the blueprint for beating Argentina. Given the alternative was death by a 1,000 Messi passes, one might even contend that this was the perfect approach for winning this game, particularly as it looked so carefully crafted.

This is a team that has been afforded time together on the training field that would make even club managers envious, playing eight friendlies over a two month pre-tournament camp. You could tell. By pushing up high, Renard’s men could really engage in a physical battle, imposing themselves on an Argentine midfield that was all too easily brushed off the ball. On the rare occasions Saudi Arabia got the ball up to the attacking penalty area they were able to keep the pressure up; when Al-Abed’s shot was blocked he and four of his team mates were on hand for the loose ball. Al-Dawsari was the man to exploit it.

The team in blue and white clearly had not seen this approach coming, no team has seen more of their passes intercepted so far this tournament than Argentina. Poland and Mexico doubtless will have plenty of notes, even if there is little time to adjust their plans. Saudi Arabia’s high line may be punctured by their upcoming opponents, but if it can catch Messi and company out it would be fair to assume it can do the same in the next two games.

Too much Messi reliance for Argentina?

Scaloni’s tenure seemed to change the story around Argentina. His time has seen the team transform and they are no longer a brittle side who needed to outscore you heavily to win, but a resolute XI built on clean sheets with forwards who work well with the best player in the world. To an extent you could argue that that did not change too much today, Saudi Arabia had only three shots and Messi had moments of brilliance as well as delivering in the clutch with a penalty. It is just that today two unlikely shots from the opposition flew in.

The issue is rather what came after those goals. Messi seemed stunned into a comatose state and it seemed to leak into those around him. He did not grab the game by the scruff of the neck, but nor did Angel Di Maria, Martinez or De Paul. They all have the quality to do so but this game saw precious little of it. Messi and a strong defense could carry Argentina deep into this tournament anyway, regardless of today’s result. Top spot in the group is still within reach unless Saudi Arabia keep up this form. But there can be more to this attack than reliance on their star player.

An upset for the ages

In the heat of the moment it is invariably too soon to slot this game into a specific slot in the rankings of the World Cup’s biggest shocks but the immediate sense is it belongs in the pantheon alongside the USA’s win over England in 1950, North Korea beating Italy 16 years later and the shock wins for Cameroon and Senegal against Argentina and France respectively. The remaining group games might tell us exactly where it should go, offering a clear indication as to how good this iteration of the Albiceleste are and indeed whether this is the start of a Cinderella story for the southern neighbors of hosts Qatar.