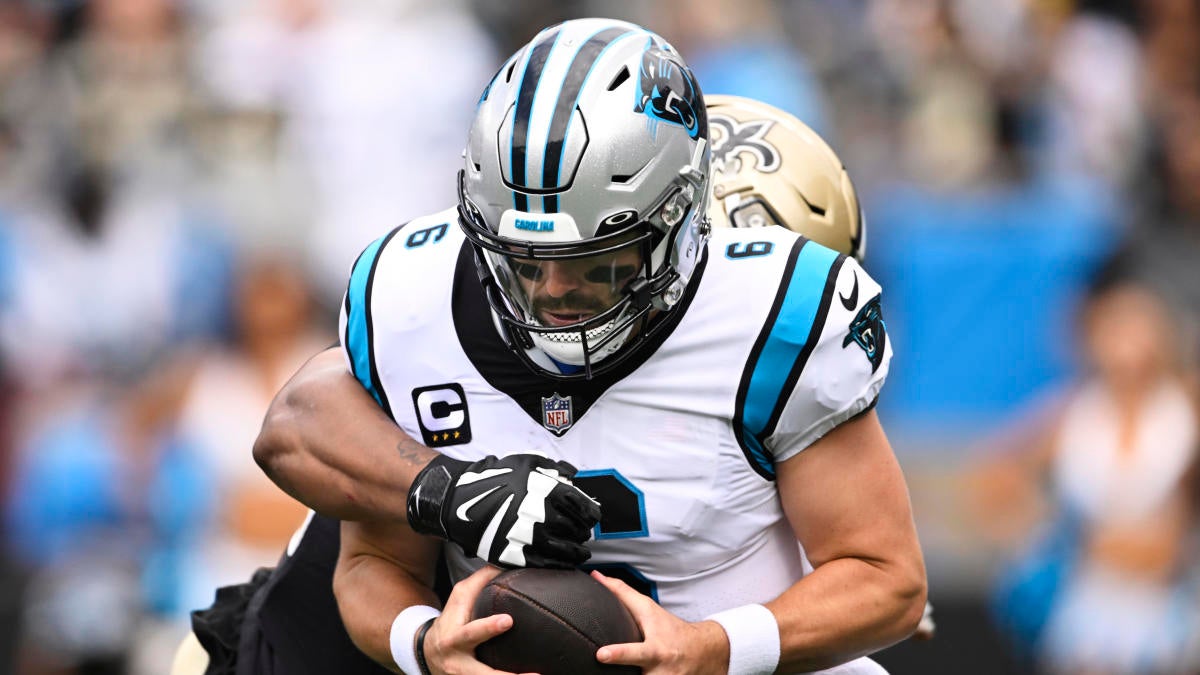 The dynamics at quarterback are different than at other positions. A quarterback tends to get too much credit when a team wins and too much of the blame when his team loses.

Generally, the backup quarterback is a fan favorite. It doesn’t take much for there to be a clamoring for the second-stringer to play unless there is an Pro Bowl-caliber starter in front of him.

Head coaches usually don’t bench quarterbacks during the earliest stages of the season. It usually takes a little time for a change to be made. Here are three quarterbacks whose starting jobs could soon be in jeopardy without improved play.

Trubisky was signed to a two-year, $14.285 million contract worth up to $26.785 million through incentives to help transition from Ben Roethlisberger, who retired after 18 years with the Steelers. Selecting Kenny Pickett with the 20th overall pick in this year’s NFL Draft put Trubisky on notice that he wasn’t Pittsburgh’s long-term solution at quarterback.

Pittsburgh’s offense has been struggling with Trubisky under center. Trubisky has been criticized for a reluctance to throw the football down the field. He is averaging a league-worst 5.5 yards per pass attempt. Trubisky also ranks 26th in the NFL with a 60.2 completion percentage and has a 77.7 passer rating, which is 29th.

Offensive coordinator Matt Canada has come under fire as well for the problems with the offense. The Steelers are 31st in the league with 272.7 yards for per game and have only scored four offensive touchdowns in three games.

Mike Tomlin has never had a losing season in his 15 years as Steelers head coach. Extending the streak to 16 seasons may not be an easy task given the 1-2 start and the upcoming schedule. After the Jets on Sunday, the Steelers face the Bills, Buccaneers, Dolphins and Eagles in succession. Realistically, the Steelers could be 1-7 or 2-6 after that stretch heading into a bye week. It wouldn’t be surprising for Tomlin to make a switch to Pickett after the bye if the offense is still stagnant.

Mayfield’s disappointing 2021, while playing most of the season with a torn labrum in his left (non-throwing) shoulder, prompted the Browns to explore options at quarterback despite already picking up his fully guaranteed $18.858 million, fifth-year option. The 2018 first overall pick became expendable after the Browns unexpectedly gave up 2022, 2023 and 2024 first-round picks, a 2022 fourth-round pick, a 2023 third-round pick and a 2024 fourth-round pick to the Texans for Deshaun Watson and a 2024 sixth-round pick in March.

The Browns kept Mayfield until the middle of July before dealing him to the Panthers for a conditional 2024 fifth-round pick, which becomes a fourth-round pick with him taking at least 70% of Carolina’s offensive snaps this season. It was necessary for Cleveland to eat $10.5 million in a pre-trade salary conversion and Mayfield had to give up some guaranteed money to facilitate the move. Mayfield reduced his remaining salary by $3.5 million from $8.358 million to $4.858 million with the ability to make the money back through not so easily achievable incentives. Between the two teams, Mayfield is assured of making $15.358 million this year.

Mayfield won a preseason quarterback competition with Sam Darnold, 2018’s third overall pick, for the starting job while learning Carolina’s offense on the fly. The early returns for Mayfield haven’t been good as the Panthers have gotten off to a 1-2 start. Mayfield’s 51.9 completion percentage is 31st in the NFL. He also ranks near the bottom in passer rating (25th) and passing yards (29th).

Mayfield has been plagued by inconsistency throughout his career. He was a leading candidate for 2018 NFL Offensive Rookie of the Year. Mayfield rebounded from a sophomore slump in 2019 to play the best football of his NFL career during the second half of the 2020 season, which helped the Browns earn a playoff berth for the first time since 2002. He regressed in 2021 while playing through injury.

Head coach Matt Rhule may have a low tolerance for subpar quarterback play because of a shaky future with the Panthers. He has an 11-25 record as Carolina’s head coach. Darnold was put on injured reserve to start the season because of a left ankle sprain. He is eligible to return after Week 4. Rhule turning to Darnold at some point once he comes off injured reserve might be inevitable if Mayfield doesn’t starting playing like he did in 2020 and the losses keep mounting.

Winston was Plan B for the Saints after a failed pursuit of Watson. He returned to the Saints on a two-year, $28 million contract with $21 million in guarantees. Incentives and salary escalators make the deal worth as much as $39 million.

Winston had significantly cut down on the turnovers that plagued him during his five years with the Buccaneers (2015-19) before suffering a season-ending left knee injury during a Week 8 victory over his former team in 2021. Only three interceptions were thrown in the seven games Winston played last season.

Winston is playing through four fractures in his back but he seems to have regressed in his decision-making. He has already thrown five interceptions in three games. Just as concerning is New Orleans’ almost nonexistent offense in the first half of its three games this season given that Winston has much better weapons at his disposal than in 2021. Michael Thomas, the 2019 NFL Offensive Player of the Year, has returned from an ankle injury that kept him out of action last season. The Saints traded up to take Chris Olave with the 11th overall pick in the 2022 Draft. Jarvis Landry took a modest one-year, $3 million deal (worth up to $6 million through incentives) after the Browns released him.

The Saints have scored 10 total points and averaged only 129 yards for 4.5 yards per play in the first half of games. In the second half, New Orleans is averaging 13.7 points, 244 yards and 7.3 yards per play and 38 of the Saints’ 51 points have come in the fourth quarter. The sluggish offense is a major reason why the Saints, who are expected to challenge the Buccaneers for the NFC South title, have a 1-2 record.

The Saints have a seasoned backup in Andy Dalton. The 12-year veteran has a 77-69-2 record as a starter. Dalton is on a one-year, $3 million deal worth up to $6 million through incentives. Winston is tied for the NFL lead in interceptions. Continuing to be among the league leaders isn’t a blueprint for job security.