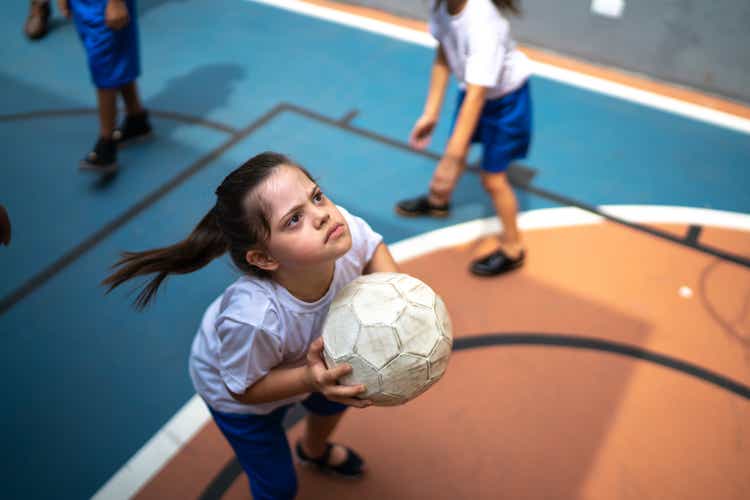 Academy Sports and Outdoors (NASDAQ:ASO) is a US-based sporting goods and outdoor recreation retailer with 263 stores in 17 states. The company was founded by Arthur Gochman in Texas in 1938 and operated as a family business until it was purchased by private equity firm KKR (KKR) in 2011. ASO went public in October 2020 and KKR sold its remaining stake in the public market in September 2021. The sporting goods chain is led by CEO Ken Hicks, a retail veteran who previously served president and CEO at Foot Locker (FL) and held senior roles at J.C. Penney, Payless Shoesource, and Home Shopping Network.

The average ASO store does $25 million annual sales and is located in highly visible areas near major highways or thoroughfares across cities and suburbs. A typical store is roughly 70,000 square feet, larger than 40,000 sq. ft at DICK’S Sporting Goods (DKS) and 11,000 sq. ft at Big 5 Sporting Goods (BGFV). Store productivity is high with sales per square foot of $359 in 2021 while SG&A per square foot has been well-contained around the $70s range over the past few years. Obviously, sales per square foot will moderate as 2021 benefited from pandemic-driven demand and government stimulus, but anywhere above $300 compares favorably to $290 at Dick’s and $234 at Big 5 in 2021, both of which are also expected to normalize in 2022.

ASO strives to offer the most comprehensive product assortments with various price points. For example, one can find baseball gloves ranging from $49 to $279, bats from $49 to $329, and 120 different types of bikes while other retailers may carry 40. The key point of differentiation here is localization, which involves not only just putting the right sports team apparel in the right city, but also the right type of fishing baits for the most common breed in the local fishing community. The goal here is make every store “the local destination” for sports and outdoor products.

Under Hick’s leadership, ASO got out of low-performing product categories like luggage, electronics and toys and focused on just 4 core categories – Outdoors, Sports & Recreation, Footwear and Apparel. Outdoors (camping, fishing, and shooting sports) make up roughly 1/3 of total sales. 80% of products are of national brands such as Nike, Adidas, and Under Armor, while 20% are private labels (better margins). Products have minimal overlap with DTC (direct-to-consumer) brands and no single brand made up more than 11% of sales in 2021. This is a lower-risk strategy than relying one single vendor like Foot Locker which had 68% of its merchandise from Nike in 2021.

ASO operates in a large total addressable market of $120 billion according to Sporting Goods Intelligence. With revenue of $6.7 billion in 2021, ASO had less than 6% of this highly fragmented market filled with a plethora of competitors from Walmart (WMT) to Hibbett (HIBB). Dick’s Sporting Goods, the largest sporting goods retailer in the US with >780 stores, had revenue of $12 billion in 2021, representing 10% of the market. With 261 stores mostly located in the southern United States (~40% in Texas), ASO has significant white space to expand its retail footprint.

It’s also worth noting that ASO stores are favorably located in states that have experienced higher population growth. Both Texas and Oklahoma (~46% of total store base) saw stronger growth than the national average in 2020 and have attracted millennials who are at the stage of starting their own families.

In 2022, ASO plans to open 9 new stores with approximately $140 million of Capex. Roughly 45% spending will be related to corporate operations, e-commerce and IT programs, while 35% will be for new stores and relocations and the remaining 20% will be used to renovate existing stores and distribution centers. Going forward, I’d expect ASO to open 8-10 new stores in the next several years. Long term, management believes it can operate more than 1,100 stores with more than 800 new store opportunities.

For 2H22, ASO expects to see more promotions due to excess inventory at other retailers and the fact that much of the demand for sports/outdoor goods was pulled forward during the pandemic. Nevertheless, management was confident that they could meet the long-term gross margin target of 32.5-33%. Overall, there’s no question that business is normalizing in 2022 as ASO is guiding to -6% to -3% SSS growth and the adj. EPS of $6.75 to $7.50 indicates a 1-11% decline against $7.60 in 2021. That said, the estimated 3.6% decline in total revenue in 2022 suggests a relatively resilient demand environment for sports and outdoor activities post-Covid.

ASO is in its early innings of growth given there’s plenty of room to expand the company’s retail footprint as well as its e-commerce initiatives (only 10% of sales in Q2). During the pandemic, ASO was able to grow its revenue and earnings meaningfully and now has plenty of firepower to generate shareholder value through buybacks. From a valuation standpoint, ASO shares currently trade at an attractive discount to peers at 6.7x forward earnings. While Dick’s Sporting Goods does have a slightly better margin profile, the company is in a relatively more mature state with close to 800 stores. If ASO is to trade at 8x-10x forward earnings given significant runway ahead, the stock could reach the $57-71 range for an upside between 19% and 48%. As a result, I rate shares a buy.