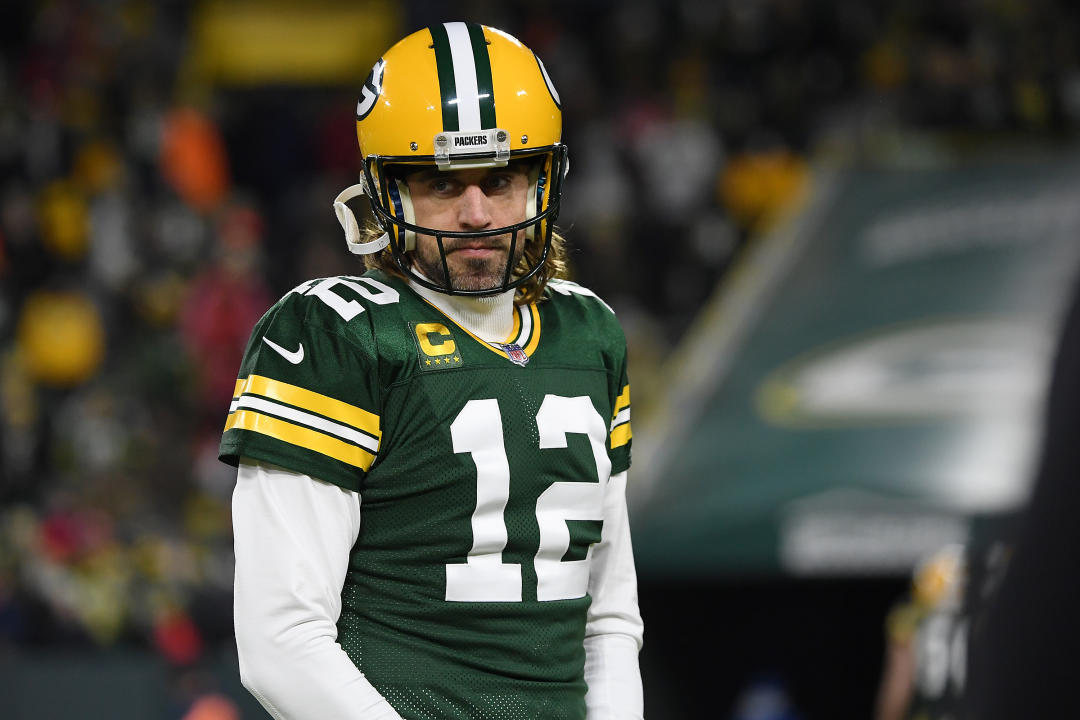 Since the Green Bay Packers were eliminated by the San Francisco 49ers on Saturday, Aaron Rodgers has suddenly been shoved into discussions about his future. Will he retire? Will he keep playing? If he does keep playing, where will it be? Will he stay with the Packers or take his talents to another team?

There are so many questions, and Rodgers isn’t ready to answer any of them yet. He has a lot of time to figure out his next steps, but he already knows the one thing he won’t do: pull a Brett Favre.

In an interview on “Pat McAfee Show,” Rodgers said that under no circumstances will he retire and then come back. When he’s done, he’s done for good.

“One thing I would 100 percent not do is retire and then come back a year later. I don’t have any desire to do that. That makes no sense.”

Retiring and then coming back is what former Packers legend Brett Favre did, and it makes as little sense now as it did over a decade ago when it all went down. As Favre’s successor, Rodgers was stuck in the middle of that situation, and it made a big impact on him — big enough that he’s determined to never repeat someone else’s mistakes.

Will Rodgers return to Green Bay?

If Rodgers decides that he’s not ready to retire, the next decision he’ll have to make is where he’ll play. The Packers’ front office is unified in the desire to have Rodgers back, but Rodgers doesn’t yet know what he’ll do — especially since he’s made it clear that he’s not interested in staying around if the Packers start a rebuild, which they might.

Even though he’s unclear on his future, he has already set a deadline for his decision. And out of respect for the Packers, the only organization he has ever played for, he won’t leave Green Bay hamstrung close to free agency. He plans on making his decision far earlier.

Rodgers is being kind to the Packers, but it’s easy to imagine a scenario in which he wouldn’t have been. A little less than a year ago, Rodgers was furious at the Packers, specifically citing general manager Brian Gutekunst as one of the root causes.

Now, even though Rodgers is considering leaving the Packers, it’s clear how much their relationship has been repaired. Rodgers even confirmed that to McAfee, saying that the “friendship and trust” between himself and Gutekunst has “grown.” If Rodgers leaves, it doesn’t seem like it’ll be out of anger or spite, which isn’t something you could say a year ago.