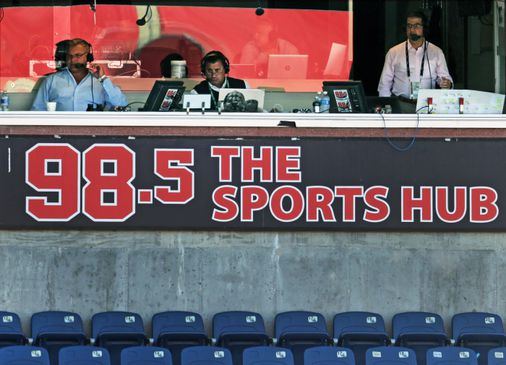 The Sports Hub (98.5) finished first overall in Boston in the primary sports radio demographic in the winter Nielsen Audio ratings, with its daytime programs all taking the top spot in their respective time slots.

WEEI’s share includes its online stream (0.2), as well as the share it gets from Providence-based WVEI (103.7) in the Boston market (0.2). The Sports Hub’s online stream is built in to its share.

The Sports Hub programs took first in morning, afternoon drive, and middays, and its evening programming tied for first.

In afternoon drive (2-6 p.m.), the Sports Hub’s “Felger & Massarotti” had a 16.5 share. WEEI’s “OMF” program, featuring Glenn Ordway, Lou Merloni and Christian Fauria, was tied for fourth (5.1, including 0.1 for its stream and no share from WVEI) with WGBH programming.