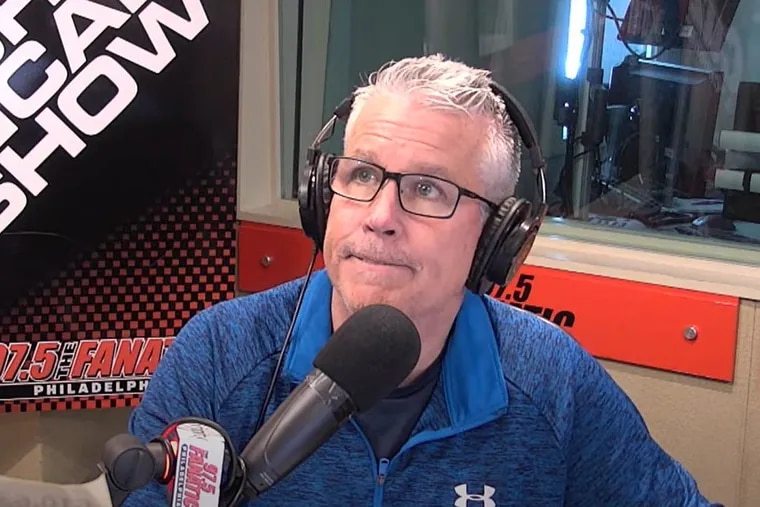 97.5 The Fanatic bills itself as having “the most entertaining sports talk in Philadelphia.” That was certainly true Tuesday morning, but for unintended reasons.

During the 9 a.m. hour of The John Kincade Show, a discussion about veterans on the Eagles’ roster was interrupted when fire alarms began sounding throughout the station’s Bala Cynwyd office.

“The alarms are going off. Hopefully everything’s all right,” Kincade said.

“I don’t recall getting an email,” co-host Jamie Lynch added.

Kincade attempted to press on, but after a few minutes the sports talker interrupted himself to inform his co-hosts, “We are going to be exiting the building.”

The station quickly cut to ESPN Radio’s Keyshawn, JWill and Max as Kincade removed his headphones and left the studio, along with Lynch, Bob Cooney, and producer Pat Egan. The alarm was just a drill, but the show remained off the air for about five minutes before an agitated Kincade and company returned to the studio.

“As we were walking back in she said it was a false alarm,” Lynch said.

“They did it on purpose, though, because they were timing us,” Kincade complained. “There’s a woman at the door with her cell phone, and I go, ‘What are you timing?’ She said, ‘The exit of the building.’ Okay.”

This isn’t the first time a show on The Fanatic has been knocked off the air due to a fire alarm.

In 2019, then-midday hosts Anthony Gargano and Jason Myrtetus were forced to turn to Stephen A. Smith to fill the dead air time after a fire drill took them off the radio. Eric Johnson, The Fanatic’s station manager, told The Inquirer it was the first time in his long radio career that a fire drill forced a live show off the air.

“We’ve had planned fire drills. And during those the show are generally allowed to remain in studio,” Johnson said at the time. “But in this one, since we didn’t expect it… everyone had to leave.”

Former Fanatic host Mike Missanelli was forced off the air in 2013 after fire alarms began to sound, but in that case it wasn’t a drill. Cell phone video showed smoke emanating from an upper story window. No one was hurt.

“Fire in our radio building. We had to evacuate to the parking lot. Thats why you’re hearing dead air. Sorry!” Missanelli tweeted at the time. “Surreal. I’ve never been kicked off the air due to a catastrophe!”

» READ MORE: Former 97.5 The Fanatic host returns to Philly, but he won’t be talking sports