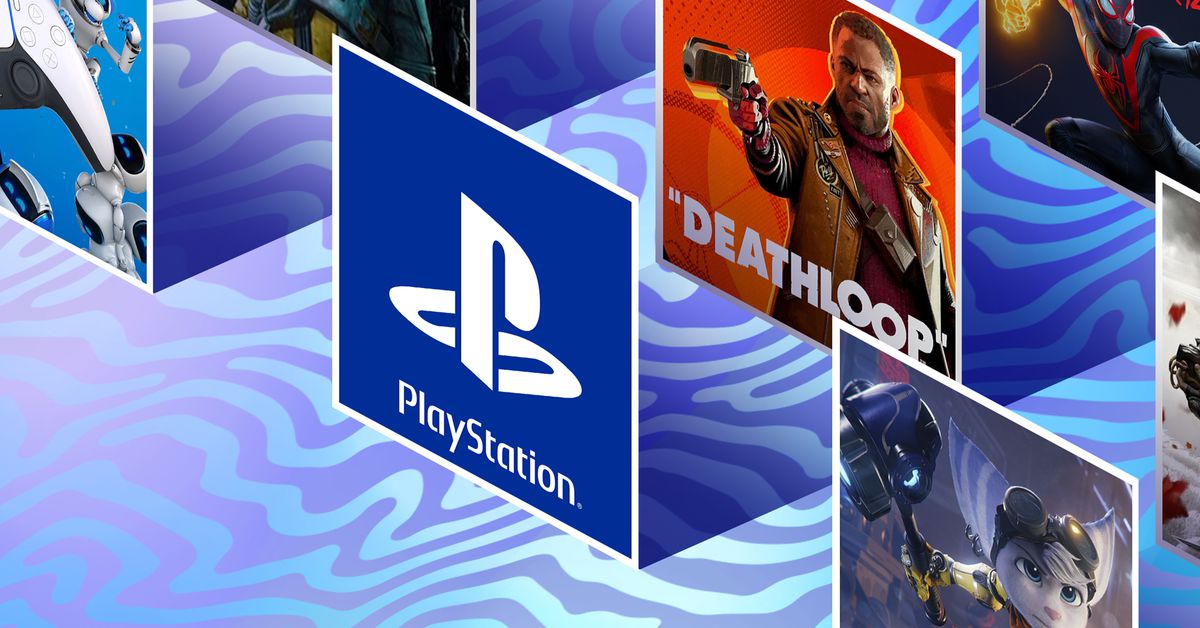 The PlayStation 5 was released in November 2020, but it’s still incredibly hard to get. The chip shortage has rendered it nearly impossible to log onto your favorite retailer’s site and order one. In other words, among the no-doubt massive amount of people who want a PS5, very few are actually able to get one these days.

But if you are one of the lucky people who have just got one (or are hoping to get lucky soon), or if you have a friend who was able to score one, we’ve put together a list of great PS5 games to play this holiday and beyond. If you take our recommendations, you’ll have so much gameplay to enjoy that you probably won’t need any more until early to mid-2022 — which is the release window for Sony to launch its much-anticipated Horizon Forbidden West and God of War: Ragnarok.

So here are eight great games for your PS5.

In this first-person shooter, developed by Arkane of Dishonored and Prey fame, you assume control of Colt, who’s trying to bust out of a wicked time loop. He initially doesn’t remember much about himself, where he’s at, or what he’s trying to do, but you’ll uncover the game’s many secrets and learn how to take back control.

Deathloop feels fresh, despite being yet another time-looping adventure where some of your progress resets after each run. The gunplay is fun, and the difficulty will likely leave you gripping the controller, yet it’s not too hard. It takes advantage of the DualSense controller’s adaptive triggers and haptics to deliver a more tactile experience.

This game usually costs $60, but recent sales have seen prices fall to $40 or lower, so keep an eye out for deals.

If you’re looking for a game that’ll immediately make you pat yourself on the back for your investment in the PS5, grab the Miles Morales Ultimate Edition. It comes with the expansion that lets you control Miles Morales, but it also includes a remastered, ready-for-PS5 version of 2017’s Marvel’s Spider-Man. It’s just a fantastic value all around and easy to recommend since it’s so fun to swing from building to building.

If you’ve played any of the Batman: Arkham games, you should quickly feel at home with the controls and combat of these Spider-Man games. There’s plenty of fun traversing through this fictional depiction of New York City, and the freeform combat will leave you marveling at all of the cool combos that the likes of Peter Parker and Miles Morales can pull off.

This bundle originally released for $70, but recent sales have dropped the price to around $50. Don’t sweat it if you pay full price for it, though, since you’re basically getting two games in one package.

Returnal is an action third-person shooting game that’s difficult yet rewarding. The game’s design will see you playing the same stages on repeat, dodging waves of bullets (presented in an alluring bullet-hell fashion) and trying to get the upper hand on tough foes. It can feel like a grind early on, but you’re accruing knowledge, perks, and interesting weaponry along the way that should keep you motivated.

This game emphasizes rapid movement and very deliberate use of your in-game skills and items, so despite what the game footage might imply, it’s not solely a run-and-gun affair (though it can feel more like one when you’re doing better at the game). In addition to fun gameplay, Returnal has some of the most striking art designs in a recent game, and its sound delivers some haunting tunes.

This game debuted for $70, but you can sometimes find it for around $50.

A roguelike third-person shooter that puts you in the shoes of Selene, an astronaut tormented by a seemingly never-ending time loop.

Insomniac Games’ latest Ratchet & Clank adventure was built specifically for the PS5, and as such, its graphical presentation has veered even further in the direction of Pixar movies, with expressive characters and incredibly detailed environments. Of course, it shares the DNA with those older Ratchet & Clank games, so you can still expect a fun, lighthearted romp that’ll have you performing wild stunts and upgrading a whacky assortment of weaponry. Unlike many of the games on this list, Rift Apart is a solid game for people of all ages to play, and it’s fun enough just to enjoy watching someone else play through it.

This game usually costs $70, but recent sales have seen it available for as low as $50.

A fun, lighthearted romp that’ll have you performing wild stunts and upgrading a whacky assortment of weaponry.

Square Enix’s faithful yet exhaustive overhaul of Final Fantasy VII has arrived on PS5 with the Intergrade update that includes an expansion focused on the Yuffie character (that expansion normally costs $20 by itself). For returning fans of FFVII, there’s a lot to enjoy here, returning many of the same story beats from the original 1997 version with a fresh coat of PS5-grade polish. Note, however, that this title doesn’t cover the breadth of events that transpire in the original game (it ends when you leave Midgar), but it’s still a fantastic adventure that’ll last you dozens of hours — even more, if you intend to play through the expansion.

This game has seen some steep price drops recently, costing around $40 at times.

A faithful, yet exhaustive overhaul of Final Fantasy VII

Originally released for PS4, Ghost of Tsushima: Director’s Cut is the definitive edition of the game that both takes advantage of PS5 features (including DualSense haptics and adaptive triggers, as well as fully tapping into its extra graphical horsepower) and features the new Iki island expansion that’s filled with new quests and enemies.

Ghost of Tsushima is an open-world, third-person sword fighting game that has your character trying to prevent the Mongolian invasion of Japan. Born into a family of samurai, the story highlights your character’s journey of exacting revenge and saving innocent lives and struggling to do so in a way that doesn’t go against the samurai code.

This game debuted for $70, and since it was released recently, you might not find many deals. That said, it has dropped in price a few times down to $50.

An open-world, third-person sword fighting game that has your character trying to prevent the Mongolian invasion of Japan.

Astro’s Playroom is the easiest game to recommend that you play on your PS5 because a free copy actually came with your console purchase. This action platformer was designed by PlayStation Studios, and it’s akin to a 3D Mario adventure game that’ll have you running around cleverly designed levels, collecting some fun PlayStation-themed artifacts along the way. It’s a relatively short game, taking experienced players just a couple of hours to beat. But for those who are new to games, this is the perfect title that should keep them entertained for a while.

This is akin to a 3D Mario adventure game that’ll have you running around cleverly designed levels.

Sony’s PlayStation Studios has produced a full-blown remake of FromSoftware’s now-classic Demon’s Souls, which was originally released on PS3. It features all-new visuals and a revised soundtrack, and the PS5 version loads lightning fast and runs like a dream. If you have a penchant for difficult games that require you to be patient and think creatively (at worst, the way these Souls games can beat up on you can feel like a grind), you’ll love this game. There’s a lot of freedom in how you choose to build your character’s strengths, as well as how you tackle the game’s many stages.

This title was released for $70, but recent sales have seen it drop to around $50 or so.