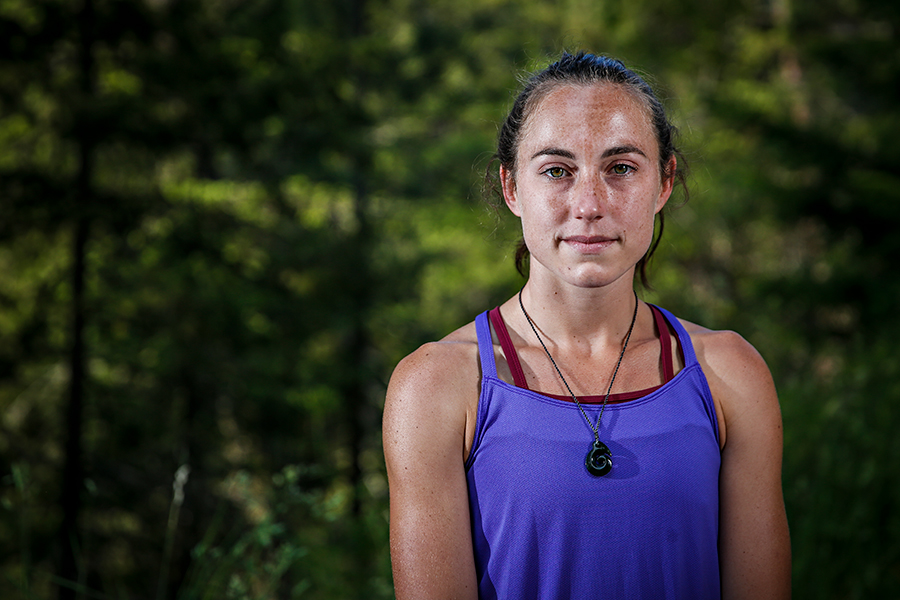 On March 13, Gov. Steve Bullock announced that the state’s public health department confirmed the first positive cases of the novel coronavirus. Three days later, the Montana High School Association (MHSA) suspended all spring sports and activities, on the heels of national sports organizations such as the NCAA and NBA announcing the end of competition.

The announcement came in the middle of the state basketball tournaments, and finalists in each classification were declared co-champions. While the preliminary suspension in Montana was through April 13, it turned into a months-long drought of competitions, rivalries and practices at all levels as it canceled spring track, tennis and golf.

Outside of Montana, the MLB season was shifted back several months, the 2020 Olympic Games in Tokyo were moved to 2021 and college football became a giant question mark.

In Montana, the first sport to return over the summer was American Legion baseball. The Glacier Twins took advantage of the opportunity and won the West A district tournament.

In mid-July, MHSA released several directives, requirements and guidelines for high schools to follow in order to safely allow students to practice and play, while limiting the possibility of COVID-19 transmission.

After a delayed start, high school and collegiate sports resumed at the end of August with strict player and spectator restrictions. What followed was an odd spectacle of altered schedules, canceled games and subdued stadiums. But Montana’s athletes were able to take to the fields, courts and courses.

Senior Preston Ring added to his career state title haul with individual championships in both the 200-yard individual medley and 100 freestyle. Sophomore Logan Botner also nabbed a pair of state titles, topping the field in the 200 free and 100 backstroke, while Nicholas Starring won the 500 free. The Bulldogs also won the 200 medley and 400 freestyle relays to secure their team title.

In the fall, the first sport to wrap up a successful season was golf. Whitefish senior Cameron Kahle won his second straight Class A state golf title, once again finishing the second round stuck in a first-place tie. Kahle made quick work of the shootout to take the title over teammate Billy Smith. The winner-runnerup finish gave Whitefish the team title, the school’s 13th championship.

The Bigfork High School graduate’s collegiate career came to an abrupt end when the NCAA indoor track championships were canceled just hours before Morley was set to toe the line.

Morley made the jump to the next level by hiring an agent and signing a multi-year sponsorship deal with Asics. Morley is currently living and training in Bozeman and working with Montana State University track coach Lyle Weese.

On Dec. 13, Morley won her first professional race, the Mississippi Gulf Coast Half Marathon, taking the top spot in 1:12:15.

Whitefish native Jake Sanderson became only the second Montana-born player ever drafted by an NHL team when the Ottawa Senators picked him during the virtually held 2020 draft. Sanderson was selected as the fifth overall pick in the first round.

Sanderson grew up playing hockey as a member of the Glacier Hockey Association through the Peewee level. The 6-foot, 185-pound defenseman was team captain of the U.S. Under 18 National Development Team Program in Plymouth, Michigan, and was named to the U.S. National Junior Team this winter. The World Junior Championships began Dec. 25 in Edmonton and runs through Jan. 5.

The seven graduating seniors have lost just four soccer matches while wearing their Bulldogs jerseys, as the program’s last loss was well over 1,000 days ago.

With a 3-0 shutout victory over valley rival Columbia Falls on Halloween, Whitefish capped off a third straight undefeated season with a third consecutive state title. The three-peat has only been completed thrice in the history of Montana soccer, and never before by a Class A team.

While the Bulldogs graduate seven players, next year’s lineup will include two all-state returnees and a slew of underclassmen eager to continue the Bulldogs’ 42-win streak and add another title to the legacy.

Just minutes after the Whitefish boys began celebrating their victory, the girls team was taking the field for their first appearance in the state title match since 2013. The Bulldogs also had an undefeated regular season, and forced defending champion Laurel to overtime before ultimately falling 3-2.

It was a bountiful year for Flathead Valley soccer teams, as local schools made up four of the eight teams playing in state championship matches this fall.

The Lady Wolfpack have steadily improved over the years. The team failed to make the state tournament in 2018 but last year made it to the semifinals. This year, the Wolfpack faced high-scoring, top-ranked Helena High in the state final.

Despite having lost both matches against the Bengals in the regular season, Glacier took a 1-0 lead on a stoppage time goal in the first half from Taylor Brisendine. The Wolfpack defense held Helena scoreless, delivering the championship trophy to north Kalispell for the first time. 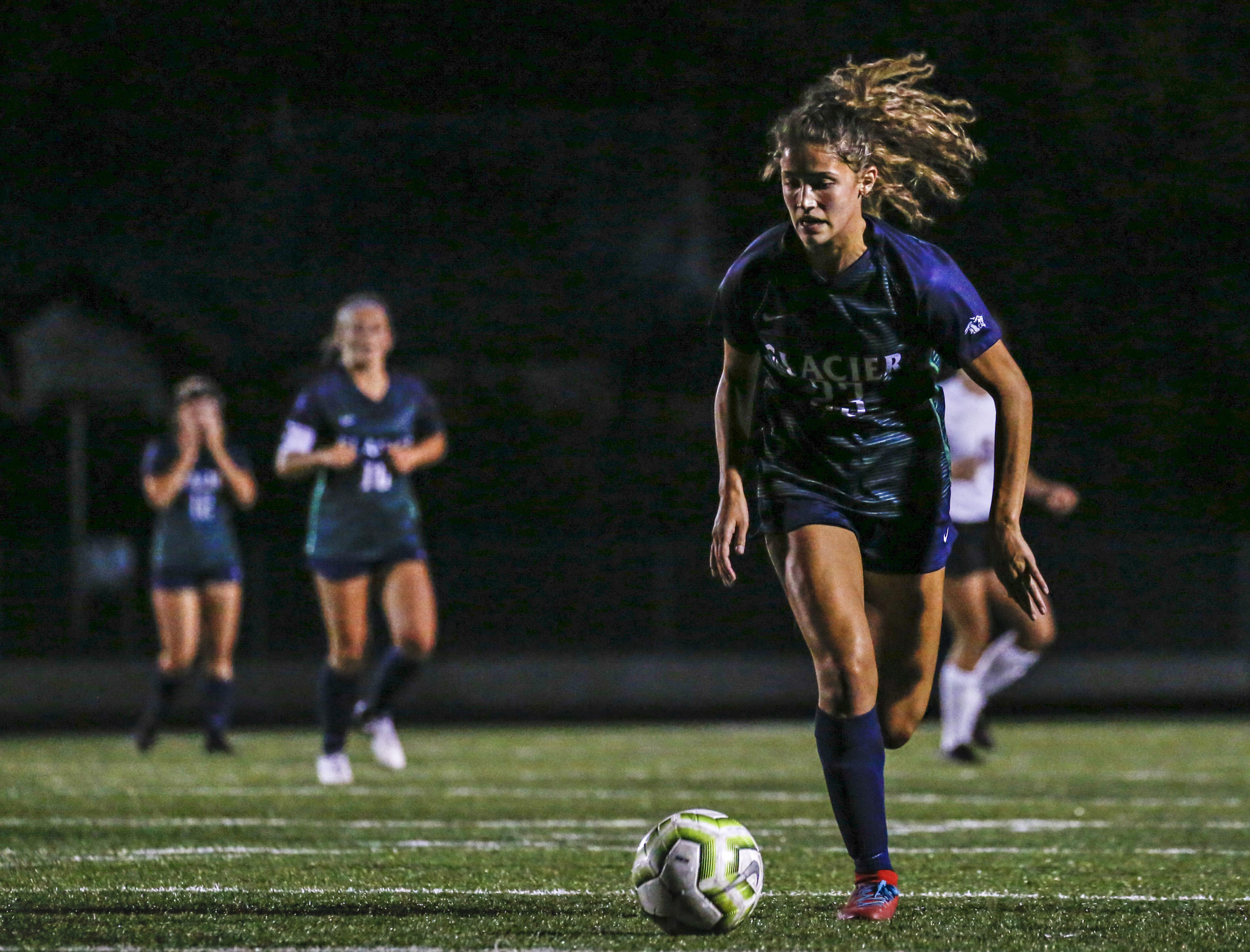 Cross Country Runners Make Their Mark in the Snow

Kalispell hosted the two-day MHSA state cross country meet at Rebecca Farm on Oct. 23-24, which saw the first big snowstorm of the year hit the Flathead Valley. The traditionally one-day meet was separated to limit the number of spectators and competitors on the course at once, and featured two classifications of schools racing each day.

As the snow fell, the Eureka Lions defended their Class B boys state title, the second in school history. The Lions won with 63 points over Manhattan (85). Chaidh Lochridge was third in 17:43.43 and led four runners to top-17 finishes.

In the Class A races, Columbia Falls junior Hannah Sempf and senior Lara Erickson finished third and fourth, respectively, leading the Wildkats to a second-place finish, tying the school’s best placement at the state meet. Columbia Falls was one of six teams to collect trophies on both the girls and boys side, as the Wildcats finished third.

It proved to be the year of the Pack as Glacier swept all cross-town competitions against Flathead High except for wrestling.

In the first soccer match of the season, and again a month later amid thick wildfire smoke, the Wolfpack again swept Flathead in all matches, winning 4-0 and 1-0 on the girls side and 6-4 and 7-3 for the boys.

Inside the gym this fall, Glacier made short work of the crosstown volleyball battles, winning both matches in three sets.

Legends Stadium was oddly quiet for the biggest rivalry game of the year. On a cold, rainy and subdued night, Jake Rendina rushed for 173 yards and scored four times as Glacier rolled over their crosstown rivals 35-15. Glacier ended up making it to the quarterfinals of the state playoffs, losing a close overtime game to Helena.

If you enjoy stories like this one, please consider joining the Flathead Beacon Editor’s Club. For as little as $5 per month, Editor’s Club members support independent local journalism and earn a pipeline to Beacon journalists. Members also gain access to www.beaconeditorsclub.com, where they will find exclusive content like deep dives into our biggest stories and a behind-the-scenes look at our newsroom.